Last week the computer wouldn't paste screen shots, so I'm running a little dry for this week as we didn't get to play yesterday. (Sadly during the two days of Icemaggedon I didn't play either, mostly working from home. Work is just way too behind to goof off! Wahhhhh) 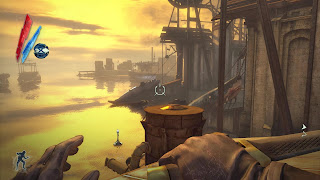 View of the bay. You can see two whales partially dragged into the butchering bays. They are still alive, poor things. 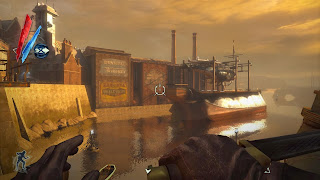 One of the whaling ships. You can see a whale still installed above it. Urgh. 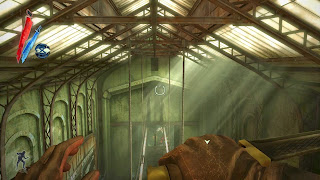 High in the first section of the butcher factory. Loved the lovely rays of sunshine. The only bright thing in this ugly place. 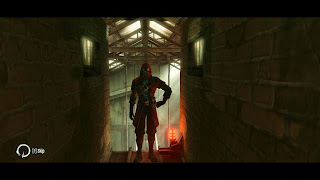 A fellow assassin. She appears occasionally to impart information. She may not look it, but she's a woman. I get the feeling that she doesn't like this place. Can't blame her, I don't either. There's a lot wrong here. More than just the evil being done to the whales. Shudder. 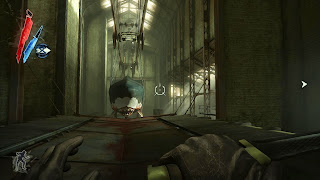 A whale on the line. The poor thing is alive. The process demands them to be. Seemingly the magical oil requires it. Not a pretty sight. I do plan to put the poor thing out of its misery when I get more of this place cleaned out. 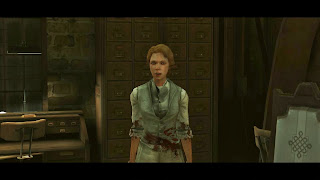 Everyone is here for something. And none of it good. She was pretending to organize the workers being abused here. But she's actually a spy for another butcher company. 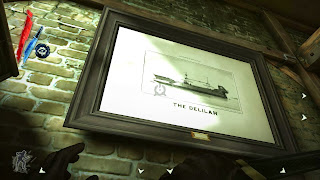 Delilah is a ship! 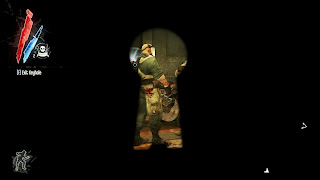 One of the mad butchers. Those saws are nasty! These guys are fanatics and will cut down whales or people. Totally crazy.


Honestly a lot of weird stuff going down. I can see why the chaos man has sent the assassin to investigate all this.
Posted by Gloria Oliver at 9:48 AM