December is HERE!
2013 has come and gone so very fast! Wheee!

I started the second extra mission set for Dishonored. It starts just before the assassination of the Empress, as the Master Assassin realizes this might be the one mission he never should have taken on. 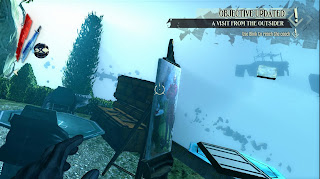 He gets a visit from the Chaos god, who basically tells him he has chosen badly. But he can partially redeem himself by seeking out information on the name Delilah. Definitely gives the impression the god is chaotic good. 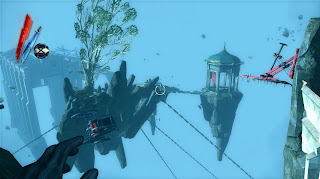 I do so enjoy these surrealistic zones! Heh heh. As you can see by the icon at the top left, the assassin has slightly different powers from Corvo. 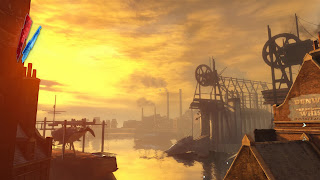 This sunset is magnificient, is it not? The master assassin is heading to the docks as he's heard of a ship called Delilah - 6 months later (and about the time Corvo is about to escape.) 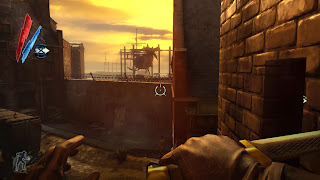 The ship is being used by one of the whaler companies. What few books I've found make it seem like we'll be learning a lot about the whales. Totally awesome as they'd given hints of things in the game but hadn't taken it further. Loved the one diary entry stating that the man cutting the whale said it sang a funeral dirge for humanity, not itself. 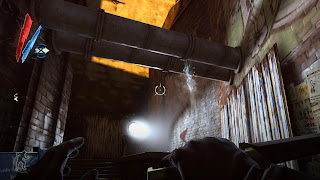 I loved what they did with the pipe leak there. The water actually undulates. 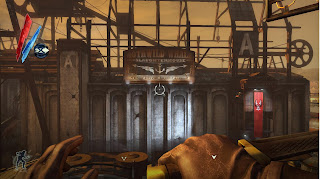 Ah, the nasty place that will hopefully provide answers. Even if I don't yet know the questions.

Looks like this second mission set is going to be fun!

May your Sunday be relaxing and fun!
Posted by Gloria Oliver at 9:24 AM