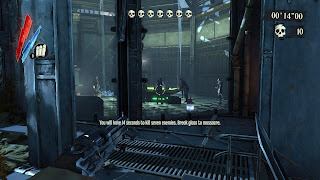 A set of timed assassinations with different goals. When you break the glass, everything goes into slow motion. Skulls at the top is the number of skills to pass. Really get to know your weapons and powers for this. Bonus rounds too, but you only get to try those once. Real hard to take pics! Heh. (Timed things like grenades - you get given a top view to watch them go off. 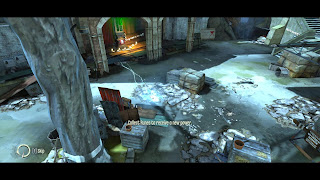 This one is a progression of waves of people to dispatch or they'll dispatch you. Power items will appear for short periods of time for you to try to get. Also a golden guy with potions and ammo. Not easy. Did get rat swarm for the first time - nasty, but effective! 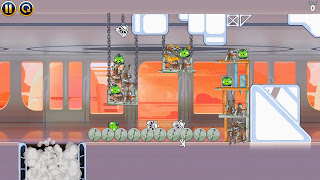 Harder than it looks, this one. Remake of the trash burning area in the film? 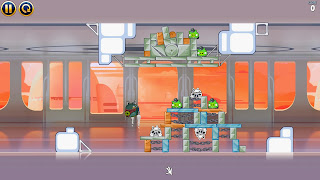 Intro of Bobba Fett Pig. If you hit him just right, his jets go wonky and he will fill around until he whacks a wall and goes poof. On a later screen I was stick in, I got to where I could aim him pretty good. lol. Did not get old. :P 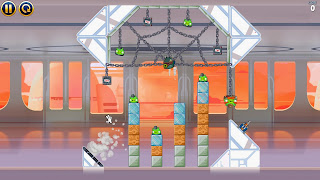 Chained Bobba Fett Pig. Had some fun on this screen too. Heh heh. 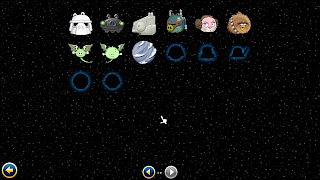 And there he sits - all piggy and all on my character wall. Hee!

Have a great Sunday!
Posted by Gloria Oliver at 9:02 AM