Okay let's see what I have for you this week... 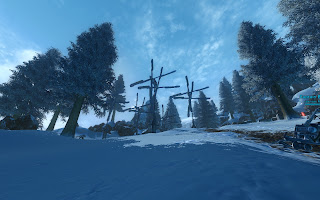 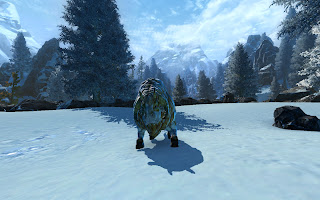 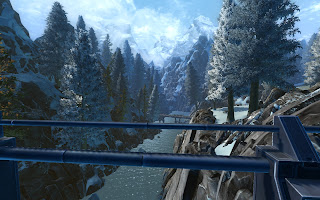 So scenic, so calming. You wouldn't know all the infighting going on from this view. 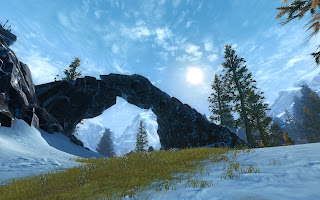 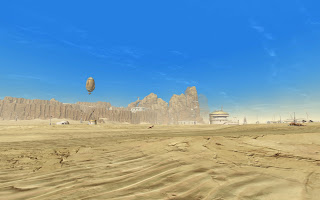 Next mission in the class quest sent me back to Tatooine. There's just something about the sky here. Oh and the evil balloon too! 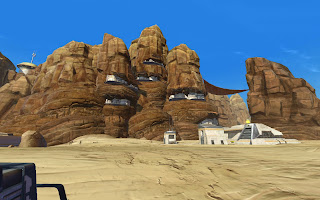 Never saw these cool cliff side dwellings the first time through this planet. Bad tourist! 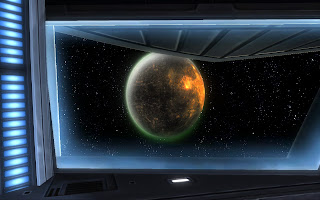 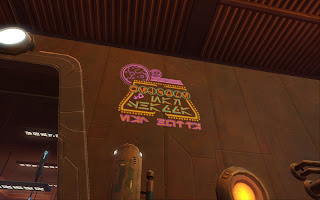 On my Imperial Spy side, got sent off to Nar Shaddaa. Now I am seeing this planet from the Imperial side. (Also came here before I was supposed to. Not sure how I got a quest to come here when I was supposed to head to Balmorra first! Like 3 levels too low for this place. Though I was making a dent before I realized I should be there. heh heh. (It was the harvesting that was the hint. I couldn't scavenge anything. And that was just WRONG. :P) 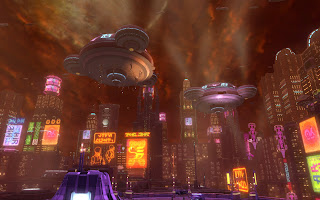 The imperial side has a few things the Republic side doesn't. So even though it is the same planet, you get some different eye candy. 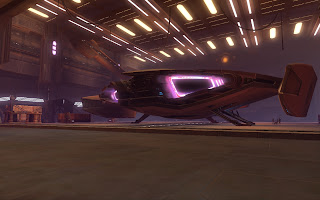 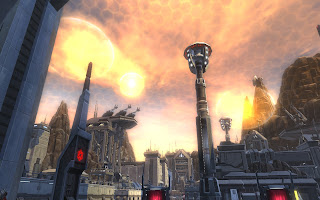 This is my first look at Balmorra. Coolest energy shield covers the war stricken city. 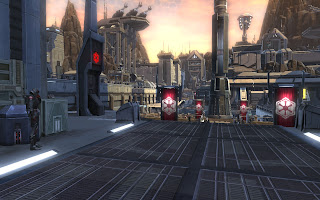 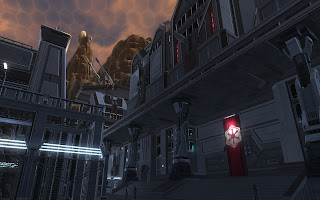 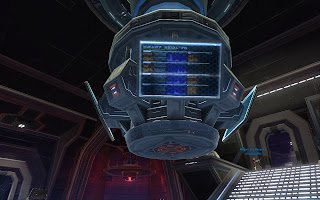 This gigantic thing you'd expect to see at a stadium is actually in a cantina. Can't tell if it's the menu or something else. Bet they do a great sports watching day! Heh. 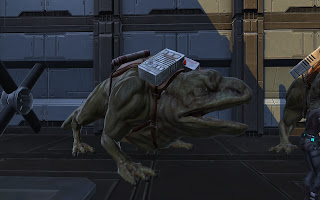 Some of the local beasties. 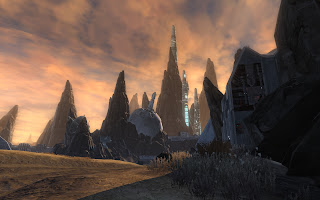 One of those round plasma guns. Cool! 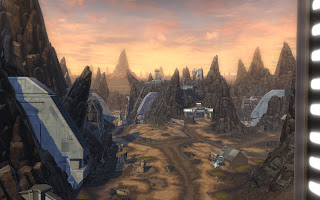 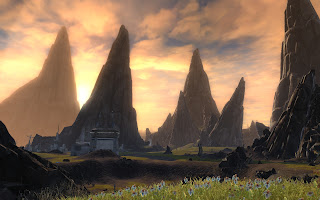 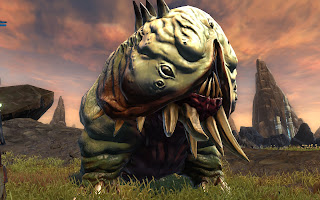 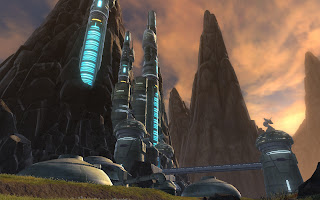 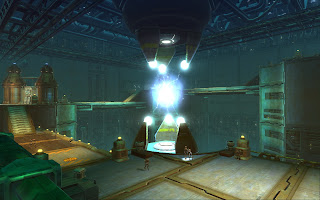 This little factory machine was going a little haywire. Frying bots left and right. Not a pretty sight. 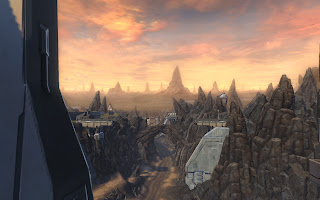 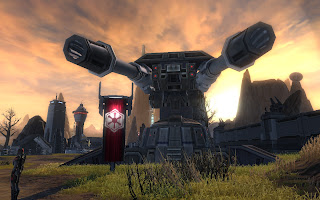 Close up view of one of the guns. Big sucker. 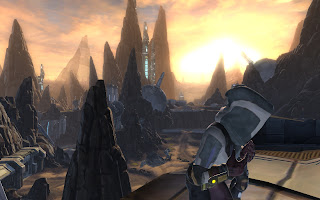