I haven't done one of these in a while. Between YE chaos, added work chaos, and the coming release chaos, somethings I've had to let slide. (Though it's over a year since the gall bladder surgery, I'm still not back to normal.) :(\

This is the first time I've tried playing one of the games in the franchise since the first one. Back then, I had to stop because even though I could close my eyes during synchronization, the baud rate in the white room of the prisoner in modern times was so low that even though nothing was moving, it gave me horrible motion sickness.

I am happy to say that this addition to the franchise does not have the same problem. I can even enjoy the beauty of the synchronizations as they got slowed down a bit. (Just don't have Edward drink alcohol. Talk about side effects. I won't do that again!) Lol.

The vistas are gorgeous, and the longer you play, the more options of stuff to do or equipment you can use open up. But some of the mechanics are clunky or get in the way. A decent tutorial on combat would have been nice - I still have trouble. :P (The same goes for ship combat!) But overall, hubby and I are enjoying it.

Our time vessel is Edward Kenway - a man desperate to gain fame and fortune. He wants to prove to his estranged wife and her family that he did not make the wrong decision by striking out on his own. Now that being a privateer has been outlawed, he's going to become an outright pirate. 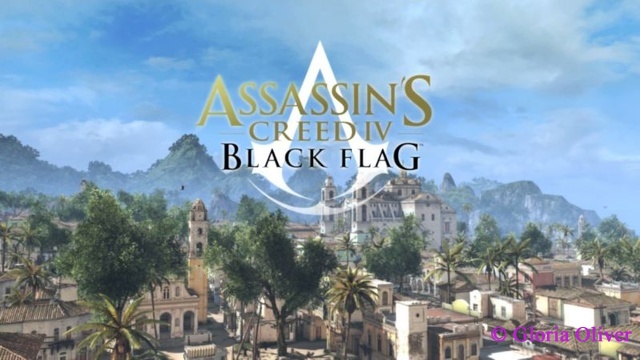 Eventual intro! Pictured here is the Port of Havana. 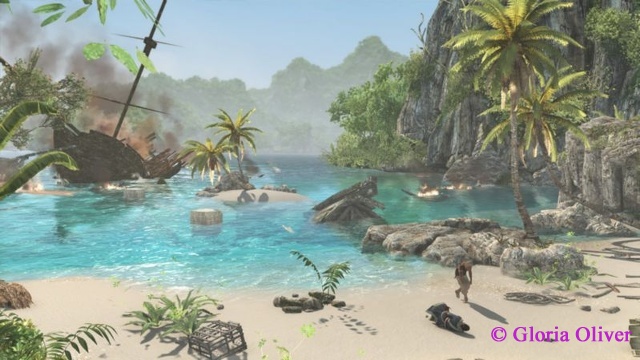 Edward and a mysterious man have survived the destruction of the ship they were on. Things turn a little weird here. The strange man is injured, and he asks Edward to help him get to Havana. The mysterious man has clothing fitting the Assassins Creed members, but seemingly he is a traitor and is working with the Templars. Somehow these two end up not coming to an understanding, and the wounded man speeds off like a gazelle, and Edward has to catch him. (I did say it got weird.) 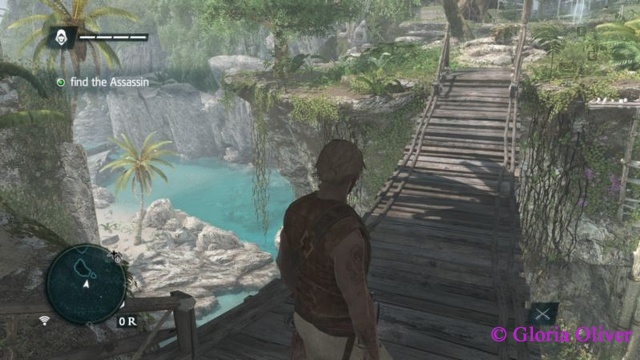 From what I understand, the game has no way to remove the UI for pics. A pity, because as you can see, the visuals are lovely. :) 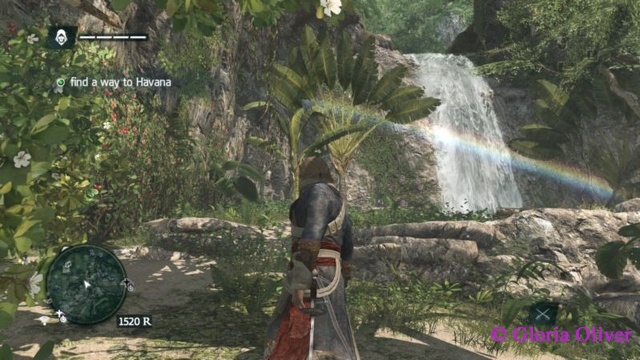 After catching up to the assassin, Edward takes his coat, message, and goods for himself. (No hidden blades yet, so cutlasses are for us arrh!) I loved the rainbow with the waterfall! 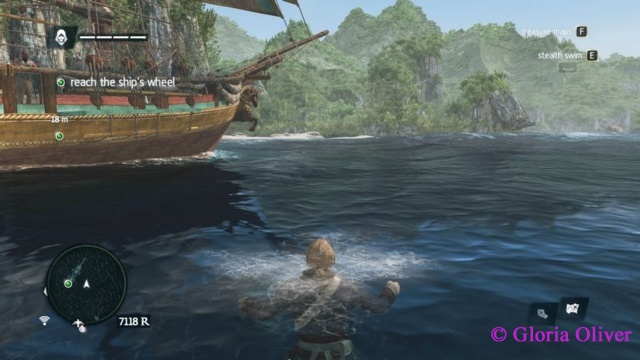 Edward does a lot of swimming. In a heavy coat to boot! :P Even his crew will make fun of him for it. Lol. There's also an achievement. :P 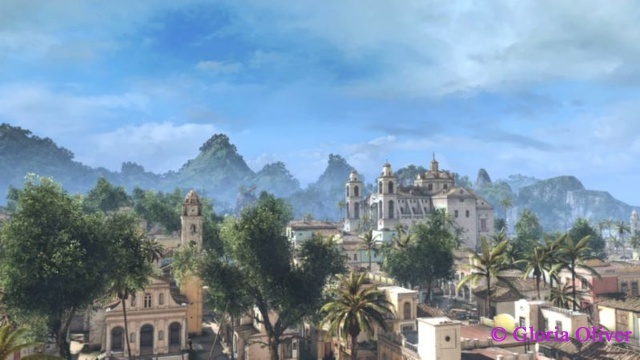 Havana without the logo. So nice! 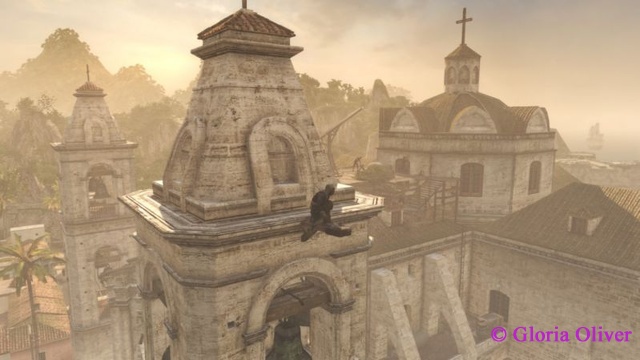 The ever-present hawk leads us to the synchronization spot. Havana has multiple of these as it is a large city. 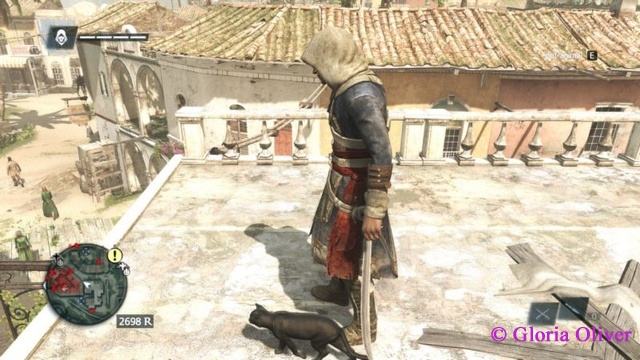 There are cats, dogs, and parrots you can pet in the game! There's even an achievement for petting dogs. Too cute! 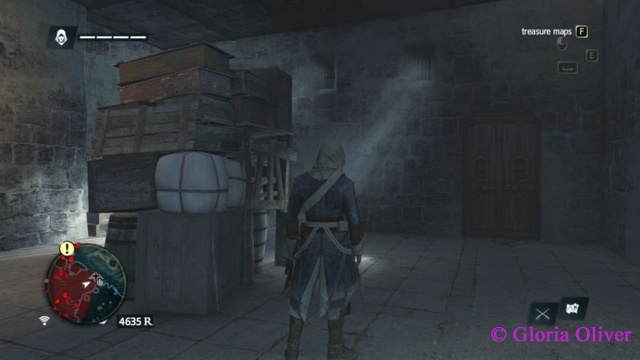 While some items are repetitive in their look, there's plenty of excellent detail. Shafts of soft light from small fortress windows - how nice! 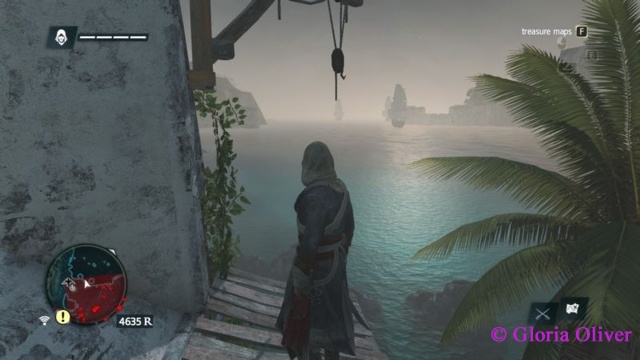 Here is a lovely view of several ships leaving the harbor. Look at the gorgeous water! Isn't it amazing?

I hope you have a great week!

Yep, I gotta have this since a book is pending release. I am hoping to share the cover soon!

Don't forget the Kindle and Nook versions are currently on pre-order at a discounted price.

You can find sample chapters here.

Don't forget the free ebooks to help celebrate the release and to thank you for your help in getting the word out, doing reviews, whatever you feel like - Cross-eyed Dragon Troubles and Inner Demons.