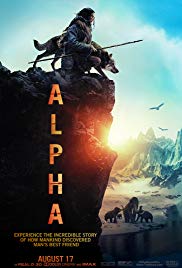 Alpha - There is a lot of gorgeous cinematography in this film. They start out us out with the crisis point then go back a week earlier. It's a gimmick they could have left out and made a better film due to it. It was nice to see some of the culture of the tribe, though the whole beating of the kids was not explained and didn't make much sense, especially the night before a long excursion. Several instances of anachronism, which were odd. Several cases where the boy had a chance to make things better for himself and didn't. (Hunter tent, sabertooth tiger pelt.) Rating: 3.5 out of 5 (Hubby's Rating: Worth Full Price of Admission) 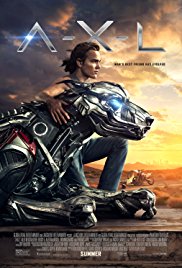 A-X-L - Adorable premise, blossoming AI escapes and gets adopted by a boy after getting bested by him. (Alpha dominance also showed in Alpha.) But a lot of problems with doing things for convenience and plot manipulation. Example: We see AXL use intelligence in evading pursuers and not being found, yet later he doesn't move back even though we see in his sensors he is aware of the weapon the person is pointing and the pool for gasoline at his feet. He claws things, but we never see the claws. Lots of little things that added up to take away from the film. Rating: 3 out of 5 Hubby's Rating: Worth Full Price of Admission.

One funny thing was that in A-X-L they show pics of man and dog over the years and of course had one for ancient man and dog. Tying it back to Alpha. Heh heh. Oh, and today is National Dog Day! So you have doggie movies you can see to celebrate. :) 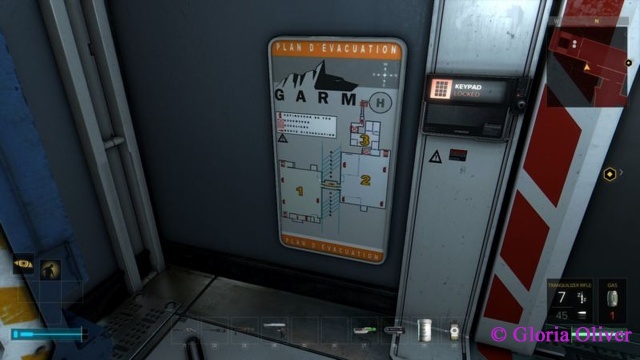 Left for dead, Jensen has made his way inside the GARM facility where the trap was spring. 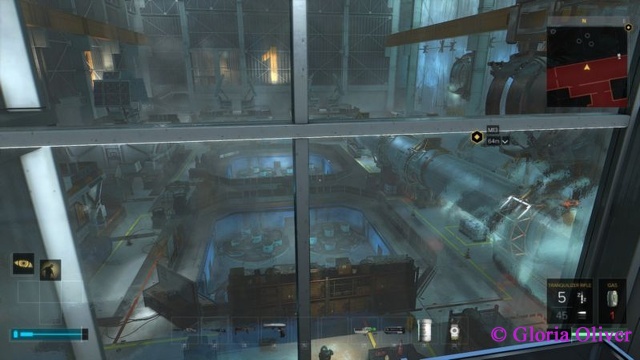 View of the inside of GARM. 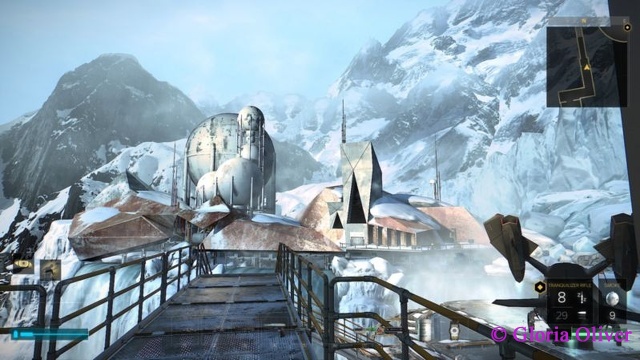 Moving from building 1 to building 2 of the GARm facility. It looks so cold out there! 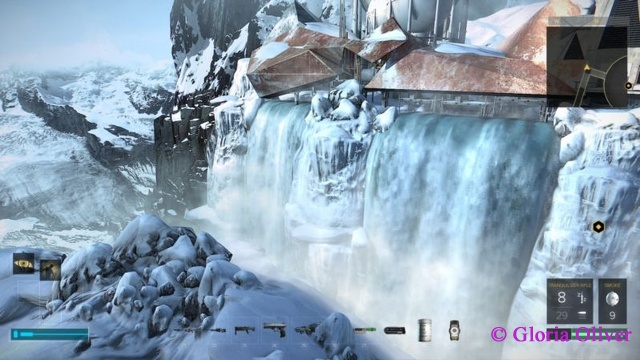 There be waterfalls at GARM. Used for power generation? 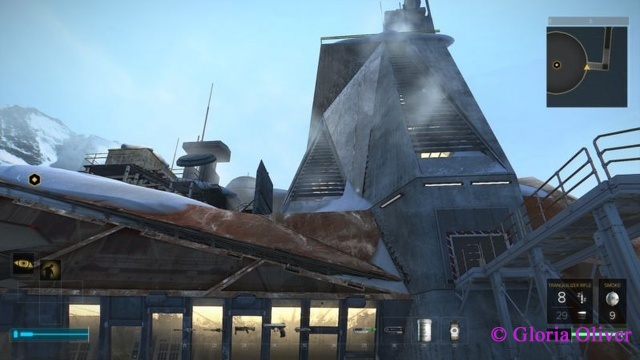 Slowly working my way to possible escape from this place. 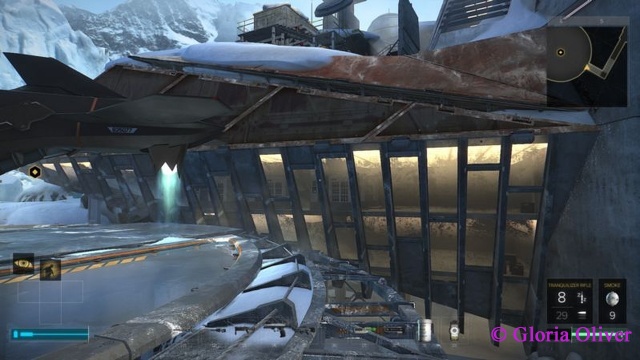 View of GARM from the helipad. 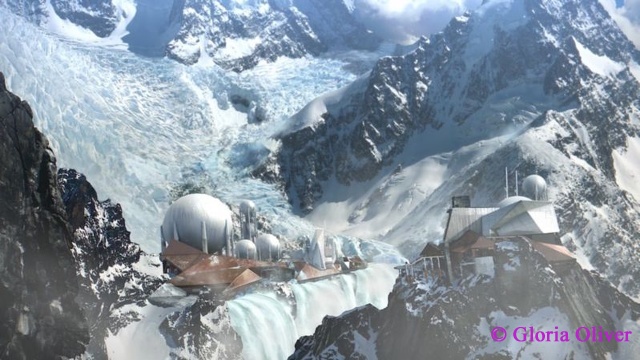 View of the whole compound as I make my escape. Impressive looking, no? 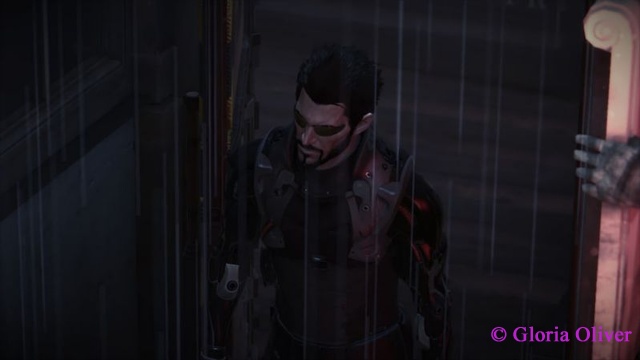 Good to be back. 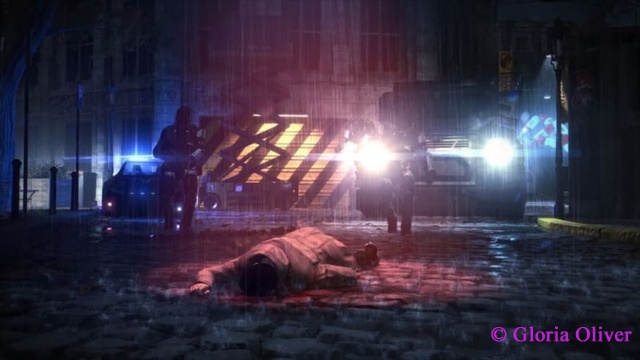 Crime waits for no one.

On the book trailer news - I've picked three possibles for the music for the trailer. As I've done in the past, I look to Kevin MacLeod for excellent royalty free tracks. Will I use Black Vortex, Phantom from Space, or Voltaic? Too soon to tell. :P
Posted by Gloria Oliver at 9:33 AM