Introducing Grim Fandango - this is an old game that's been remastered with textures and a new sound track. I ran across it in Steam.

Premise: You are Manny Calavera. You're serving time collecting the dead from the land of the living as they pass and then selling them a travel package to the afterlife. The more high end packages he sells, the sooner he gets to go on the trip himself. (He's basically in the land of the dead paying his dues before he can move on.) Unfortunately, only good people can qualify for the high end packages, and Manny has been getting stuck with lemons for a while. He's got to find a way to get better assignments before he gets fired and then has no way to pay off his dues.

Think 1940's architecture and the old black and white private detective films for the flavor. :)

Of course I was so caught up in everything I didn't think to take pics for a while. DOH! 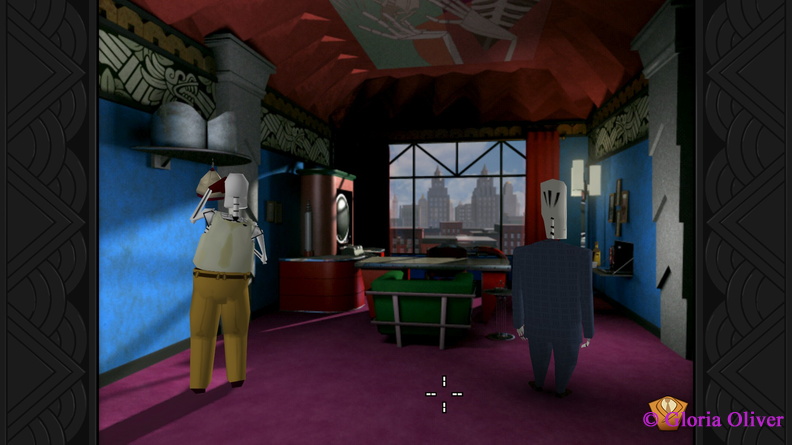 Long view of Manny's rival's office. Manny is the one in the blue suit. Don is the one having fun with the punching bag. :P 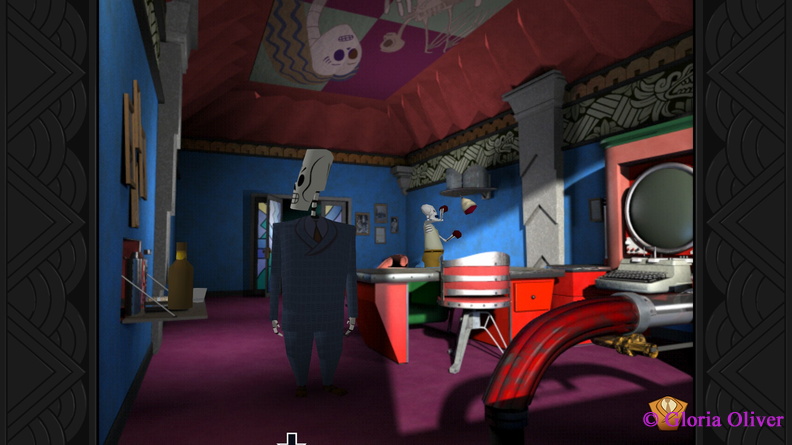 View from the other side of Don's office. Notice all that awesome 1940's classic artstyle and architecture. 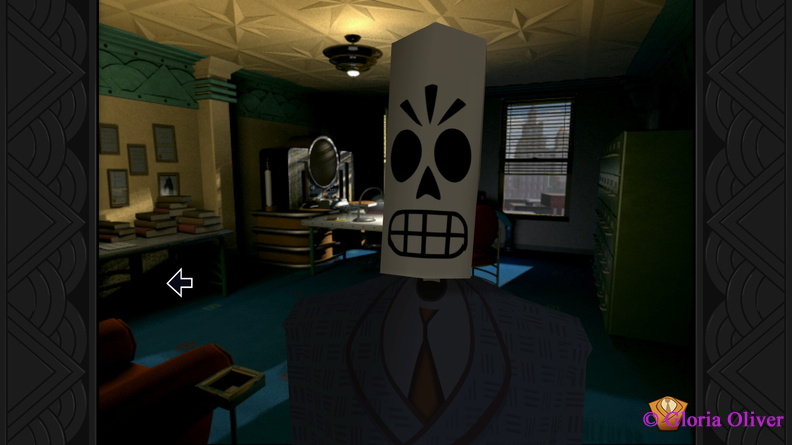 Manny Calavera. His office is behind him. The yellow icon at the bottom right is the inventory button. The big arrow is one of the directions you can choose to go. 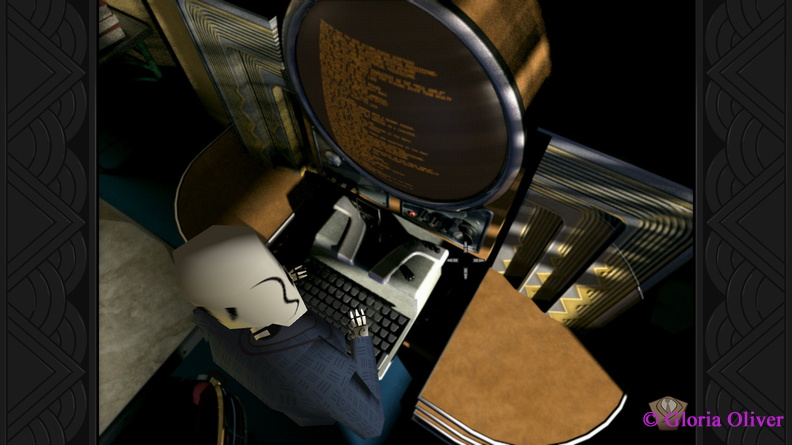 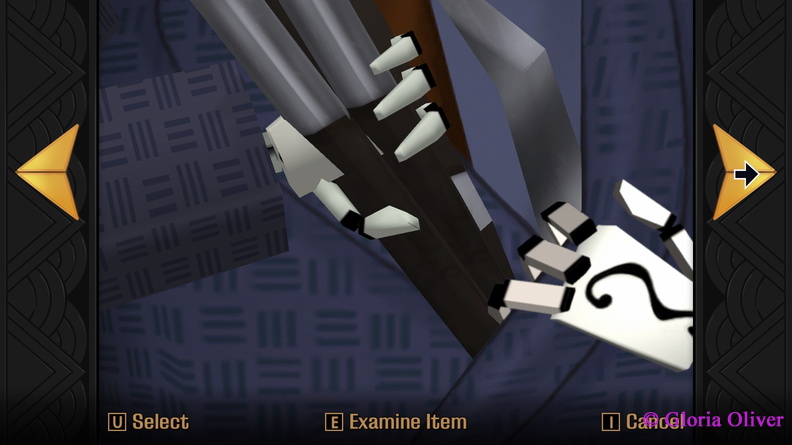 Inside Manny's inventory. This particular item is his scythe. 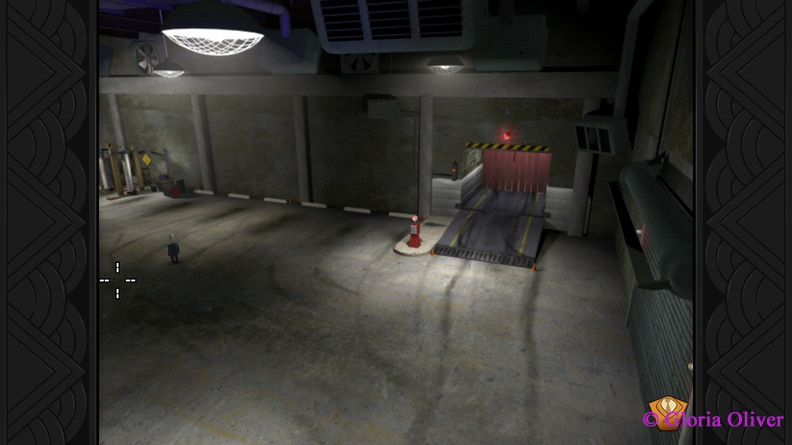 Garage in Manny's building. That's the portal to the living world.

Having fun with the game so far. :)

Back muscle is freaking out this weekend (AGAIN! WHY????) so won't get to play anymore or probably do anything for the rest of the weekend. Also means no more post prep, so the blog may be a little empty this week. (Out of meds - this is going to make the day job so much fun this week. *cry*)
Posted by Gloria Oliver at 9:01 AM