Since I've been playing FFXIV I figured I should point out a thing or two that makes it different from other MMO's out there.

The first difference is one that's a great boon to people playing with a loved one or friends who have less or more time to play than you. In FF XIV you can have your main class, as well other adventuring classes, gathering classes, and crafting classes all at the same time, but with all the xp for those other things NOT mixing with the main class your are using to play with your friends!

Let me explain... I took Lancer as my main class, hubby took Ranger. We play together and want to go up in levels together, so can't play without one another. But now we also have several gathering classes and a couple of crafting classes on the same characters. Well, if he has free time or I have an hour when he's busy with something else (work or other) we can login and gather and craft and not have that xp spill into the main class so we don't skew our levels! (This has been an issue on other games where the pool was all one thing.) So we can play together, but also can do other stuff in the game alone.

Heck, they even let you save groups of equipment for these different classes so that with a click of a button all my Lancer armor and add-ons come off and are replaced by the level appropriate equipment I've saved for the other class! 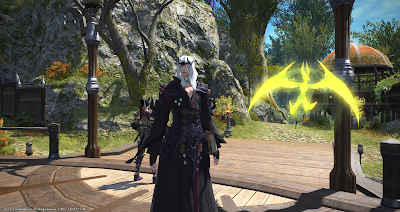 Some of the pet handling class pets! The player's armor is pretty cool looking as well! 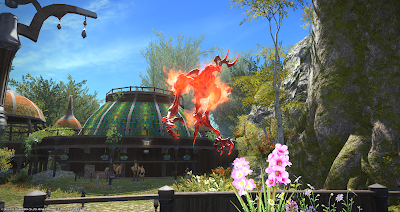 Here's another cool one! 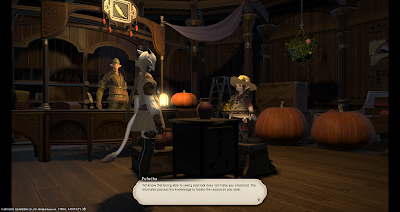 This is a conversation with the botanist guild master. You do a quest for the class every 5 levels. As you can see I have different gear for gathering. 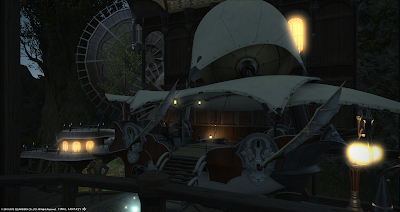 Airship as we leave New Gridania for Limsa Lominsa, the second of the three starting cities! Have a mission to deliver letters to some of the other leaders. 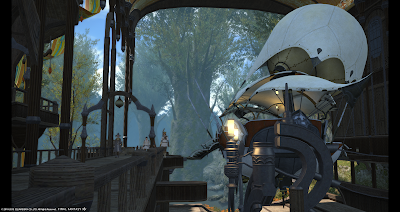 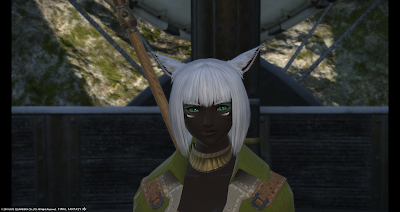 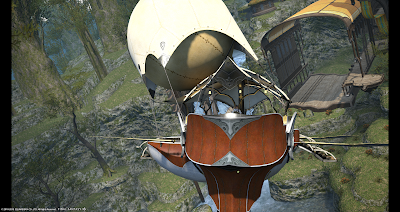 All their movies are so detailed. Love it! 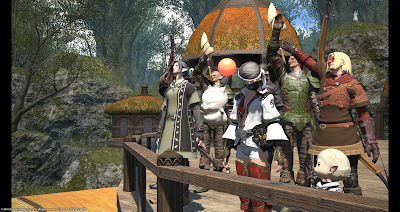 Being waved off by the Adventurer's guild leader as well as the two mysterious helpers. I'll be seeing them all again I am sure. :) 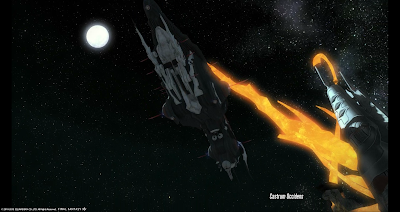 Another flashback to things which have previously occurred. Ships from aliens who have plans for our world. Whether we want them to or not! 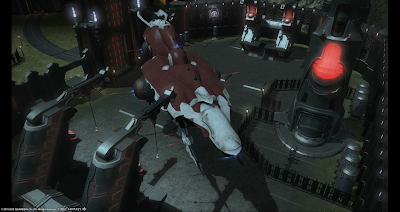 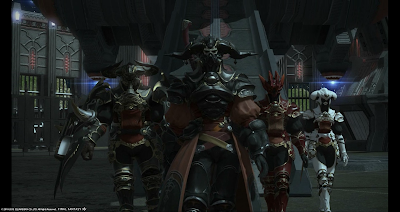 This man is a very angry person. Heh heh. 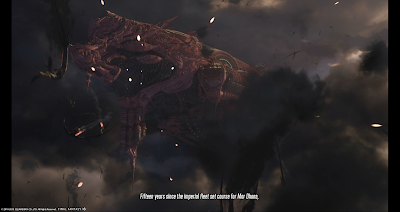 Invasion gone wrong due to... 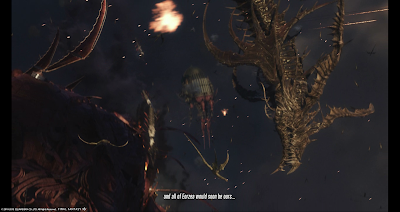 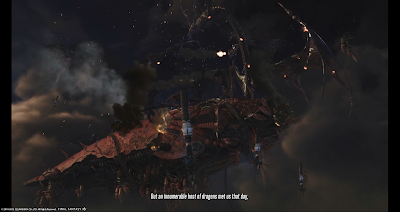 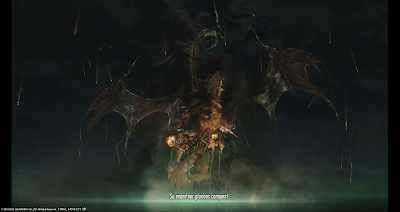 Have a great day!
Posted by Gloria Oliver at 9:45 AM