We were all sick this past week, so the tourism was curtailed more than usual this week...

The game has extra packs that can be purchased so one can play in the world some more. The first of them is the Dunwall City Trials. Small missions that are either puzzles, timed to achieve a goal, or stealth.
This is the 1st stealth one...Harder than you think too!

Trial 1 - you have to get 4 clues to figure out your target. Each time you play the target changes as well as the location of the clues. Eek! 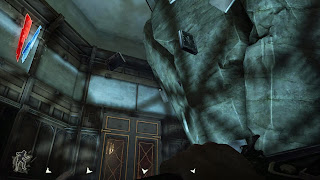 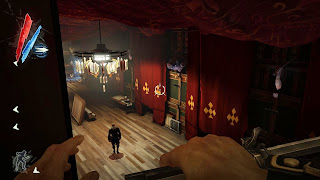 This one has places to hide behind curtains. Though I still prefer the high road. 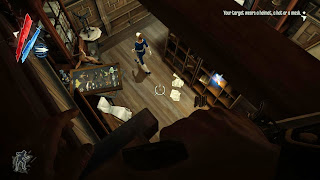 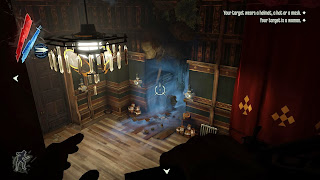 A portal. Found out that's where the target will run to escape if he/she is aware you are here. 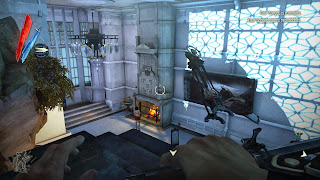 Posh room! As you can see, things are NOT normal here.


That's it this time. Hope your sinuses are being nicer to you than mine!
Posted by Gloria Oliver at 9:45 AM