Weather is a changing! 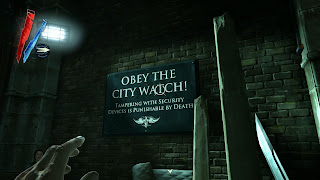 Yeah, because obeying them has worked out so well. :P 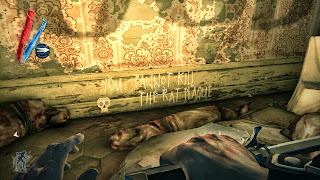 I have to say that is a sentiment that's hard to argue with. 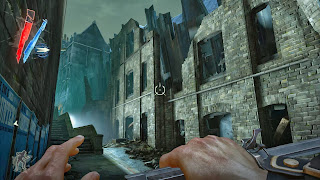 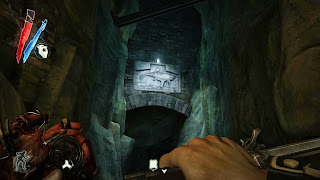 Carning was nice. Though it hales a place not so nice. A whale processing plant 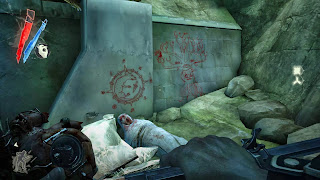 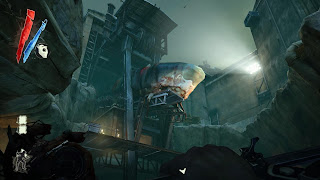 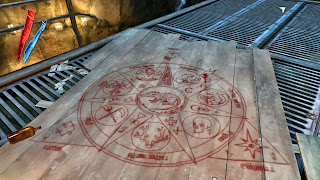 Turns out Granny is way more than I ever thought. She's been doing rituals too. 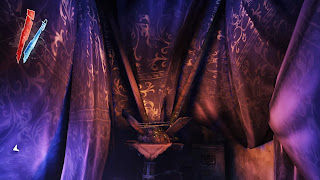 Her hidden altar to chaos.

Tried to take a pic of what was happening and ended up only with my hand. Solocov and the scientist at the pub really came up with something together! Knocked out just about everyone in the surrounding area. Sweet!

Where the traitorous bastards have taken Emily - the lighthouse. A super fortified and hard to get into place. 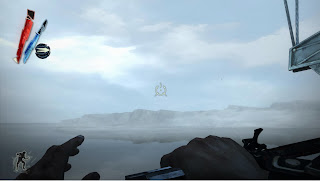 View of the coast from the lighthouse. 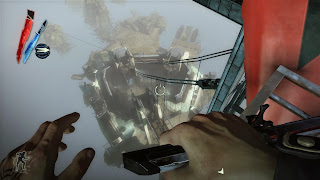 View down from the lighthouse. 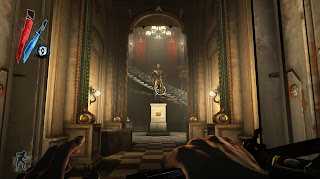 The rooms at the top of the lighthouse. The final reckoning. Yet also some surprises await.

I finished the game!  I did! Huzzah! Tried to take a pic of the final sequence (which will vary depending on how much killing you did or did not do) and then forgot to paste it. I'm happy to say, mine was the hopeful/happy ending. :)

Now to play a jillion missions on other two extra packs hubby bought me... Wheee!

Posted by Gloria Oliver at 9:22 AM