This past weekend was the Dallas Comic Con!

I had 3 close encounters with STNG peeps, but never had the camera when I did. o.O (Levar Burton, Brent Spiner, and Gates McFadden! Woot!)

Anyway, I did get a few shots, though there seemed to be less costumes than last year for some reason. 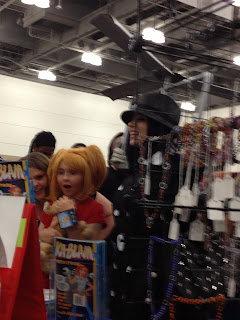 Inspector Gadget, Penny, and Brain. Couldn't get a better pic which is sad because they'd really gone all out on the costumes! Brain even had the little microphone and speaker inputs. Totally aodrable! 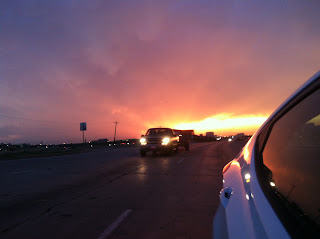 The sky was on FIRE on our way home the first night. It was awesome! 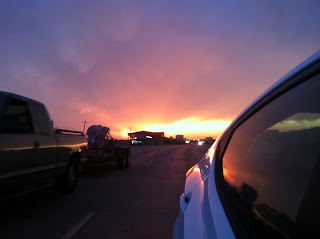 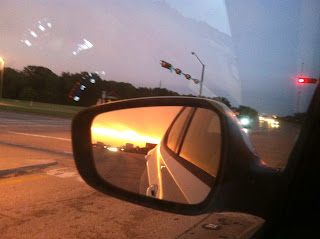 Sideways back shot. We were trying to see if different angles showed the burning better. 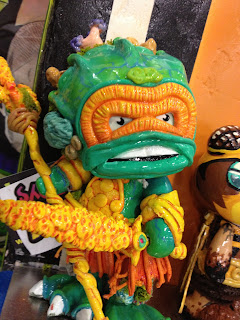 Our neighbor and entertainment was Taylor Lymbery - and this is one of his custom toys! 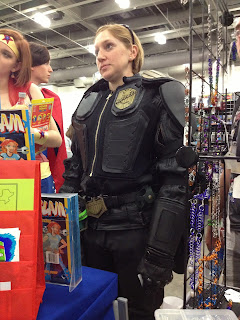 A great costume of the psychic cop in Judge Dredd 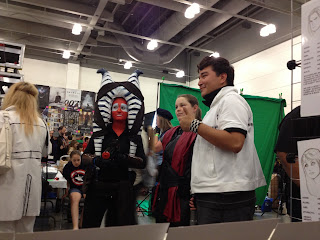 Love how her Star Wars tentacle hair came out! Nice! 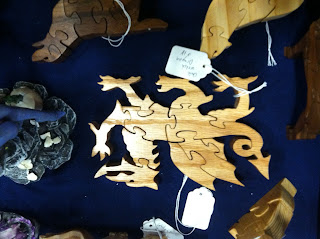 Some cool puzzles my daughter found. Came out upside down for some reason. Hmmm 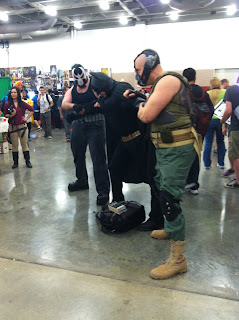 Bane and Bane vs Batman. Noooo! 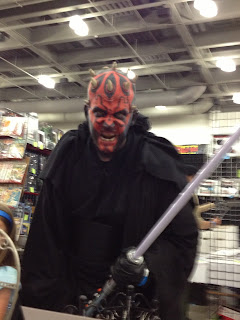 Darth Maul and all his gory darkness. 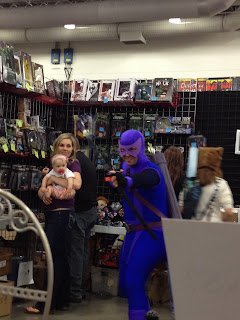 Hawkeye - how he really looks! heh heh. I love how the baby is totally watching him. 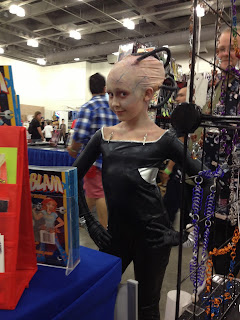 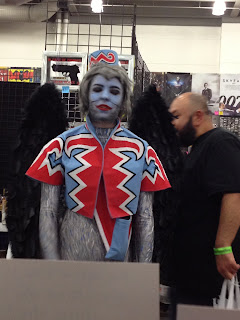 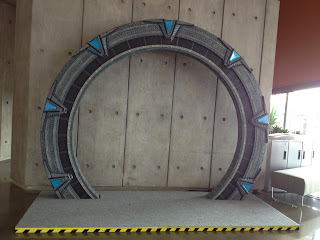 Not quite lifesize but still way cool Stargate! 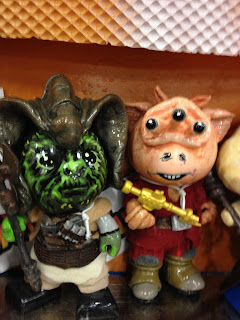 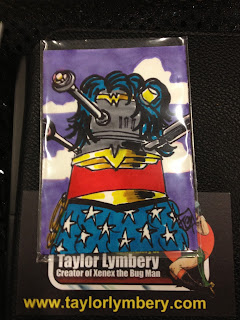 Last time we were together we started out with Queen Amidalek. This time we got Wonder Dalek! What will we have Taylor mutate next time? Bwahahahahaha! 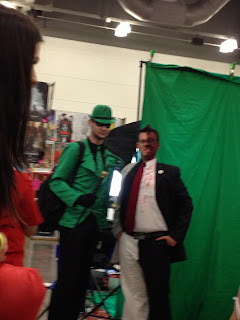 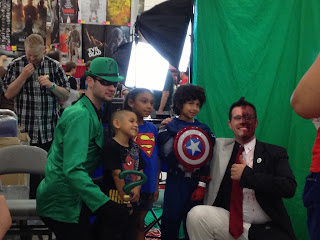 This was so cute! 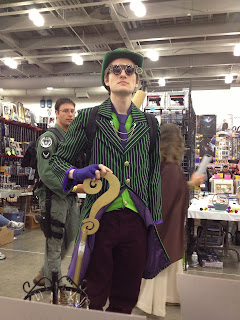 The Riddler ala Steampunk! 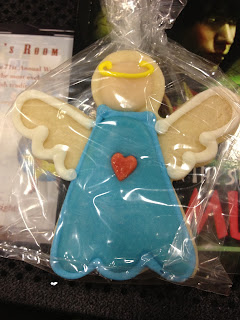 And such was this years Dallas Comic Con madness!
Posted by Gloria Oliver at 6:00 AM