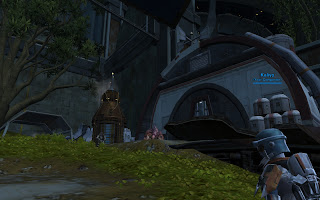 I'm rather tired of Taris. Lol. 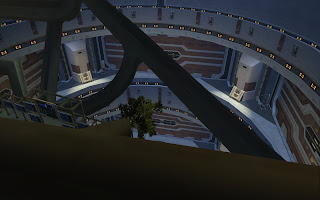 Republic Spaceport on Taris. I'm about to do some damage here. :P 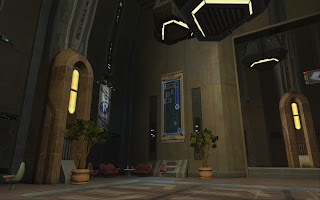 Just realized the Republic tends towards browns while the Empire goes with gray. 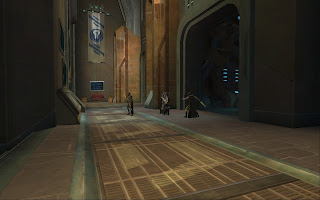 You'll have to click for the bigger pic to see her, but my least favorite Sith looks to have been captured by Jedi. Humble Pie coming her way. Hee! 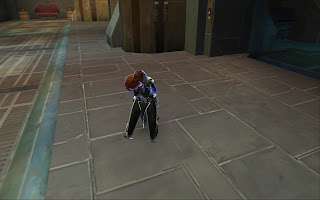 Yes, here she is cowering in shame after I've dispatched those holding her prisoner. Not that she'll ever thank me. 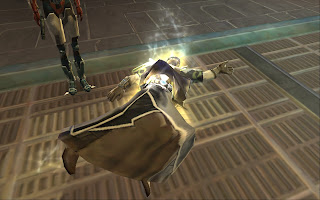 A couple of the Jedi Masters still glowed after they died. Very unusual. Must admit my companion, Thana, and I did fight well together. 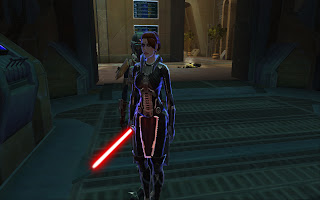 Here she is. Got an opportunity to kill her at the end of this, but didn't. Though she didn't thank me directly, she allowed the helpless civilians in the shuttle to escape when I asked, rather than leave the bay doors closed as she wanted and watch them explode. Hopefully I will not come to regret my decision. :P 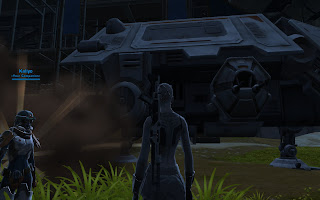 Mid explosion footage of my acts of sabotage. :) First a walker. 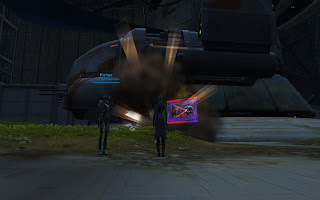 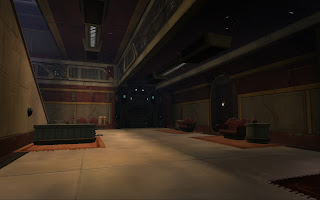 Nice little building in the same area. Looking to finish the last bonus mission on this series. 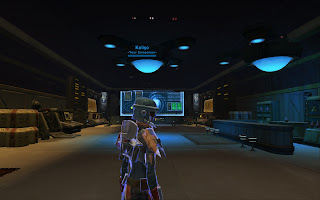 Another area in the same building. 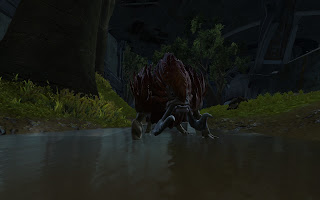 Don't think I'd gotten a good pic of this little beastie before.

Taris is finally complete! I've left its atmosphere. Then had a major seizure in my ship. The old agent I stopped from escaping a planet or two ago implanted a partial copy of himself in my brain. He says the seizure is not from the nanos from the Republic but from brainwashing I received from my own people long before that. I'm not liking the sound of that. But this is the Empire...


Have an awesome Sunday!
Posted by Gloria Oliver at 9:37 AM