This past weekend was AllCon!
So of course I had to take pics. :) 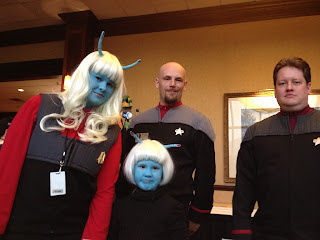 I LOVED this! Multi-generation Star Trek. 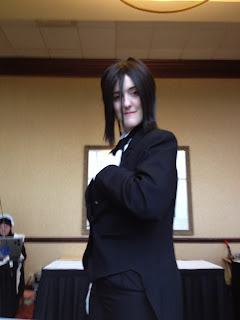 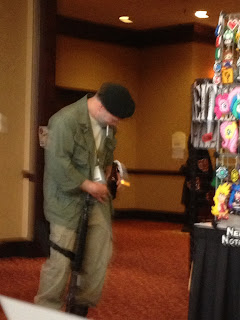 This guy made a great Colonel from the SF TV show who's name I've yet to be able to recall. Loved that he had an led light in the tube to the Molotov cocktail to make it appear lit. 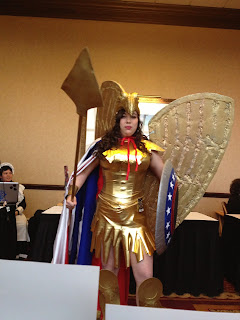 Amazon Athena? She was all glittery! Mean looking spear too. 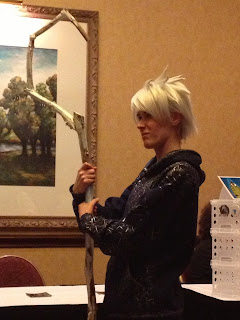 Loved this one too! Jack Frost from Rise of the Guardians. Even to the frost on his hoodie. 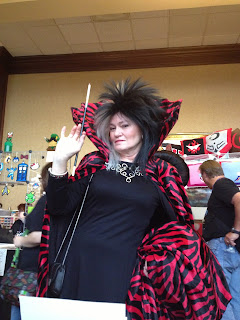 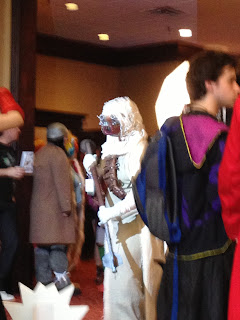 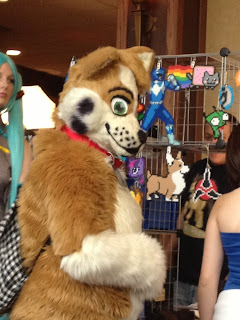 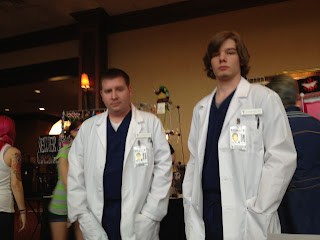 Sam and Dean Winchester! From the episode where they got sucked into the TV shows by the Trickster. These two did like 3 costume changes through the day (Couldn't get pics! Wah!) In the Medical Show, regular civies, and in their CSI costumes with the sunglasses from the same episode. I thought I saw Bobby Singer join them later in the day. Heh heh. 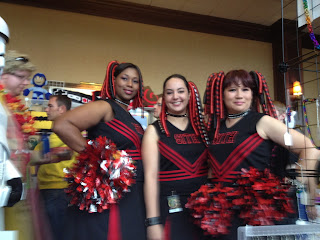 Sith Cheerleaders! The 501st was in attendance doing all sorts of panels, games for the kids, and more! 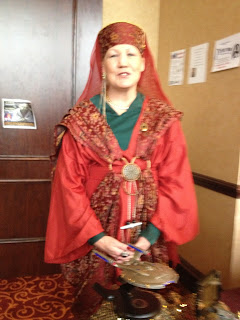 Bjoran Hogh Priestess outfit. Photo does not do it justice. Wah! 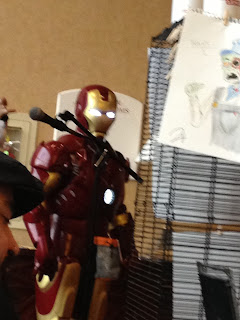 Iron Man was also in the house! He had working lights on the hand gauntlets too. Several incarnations of Tony Stark running around. 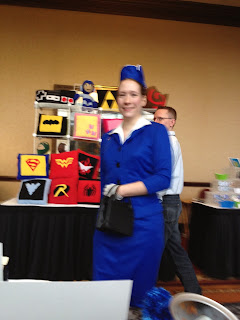 Though Pan Am only lasted 1 season, it obviously made an impression on some peeps out there. She looked great! 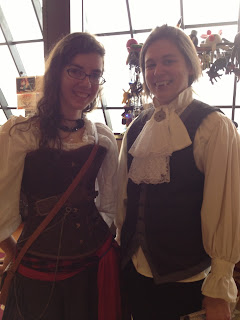 Louis from the Vampire Lestat. 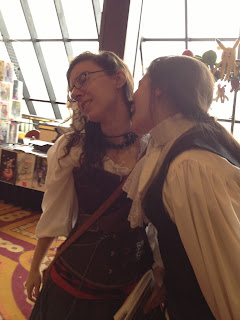 A little vampire action too! 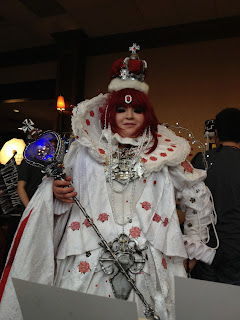 Incredible detail on this costume! Photo does not do it justice. 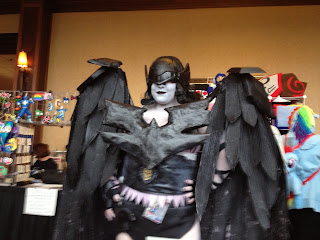 Look at those wings! 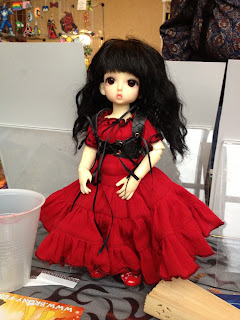 Is this not the cutest outfit ever? There were a lot of dolls. I heard there was even a costume contest for the dolls. I saw several wiz by that were utterly amazing! One had multicolored feathers wings and another 3 foot span dragon wings. Wish I'd been able to get pics! 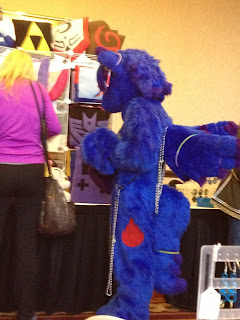 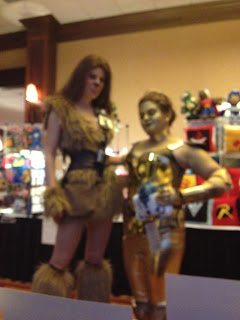 Ack, wish it had focused better. I couldn't help but think of this as Star Wars ala The Wizard of OZ since the costume set up is in the same vein as the lion and the scarecrow.

Yeah, I forgot to bring the good camera. It's amazing how the phone camera can do awesome one minute and not so much the next. :P