Morning!
Hubbins felt real bad last Sunday so we played at being 'Couch Potatoes'. Not as many pics as usual this week. :P

Star Wars The Old Republic
Imperial Spy (I'd been missing her!)
Taris 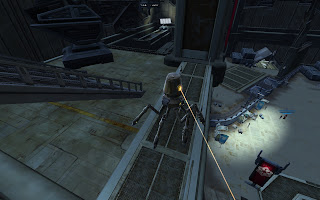 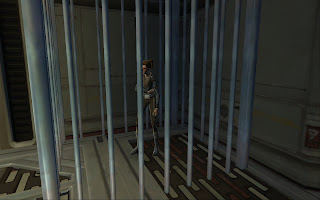 Prisoner of a Sith. She knows a lot about Rakghouls. 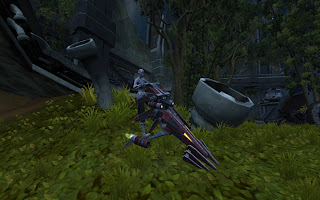 As a subscriber you get a certain amount of Cartel bucks a month. Both times I've bought a package with each of my 2 characters, I've gotten wheels! (Packages have random rares and other goodies) Here's the newest one. Isn't she pimp? (Poor hubby has gotten 0 transports) 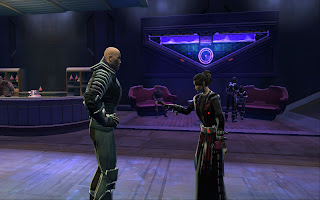 When I first spotted these two at the Cantina, I thought the Sith was doing the Macarena. lol. 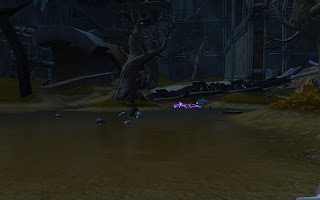 Beasties in the water. In the far back (click to make the image bigger) you can see Sith lightning cooking up a few. Heh. 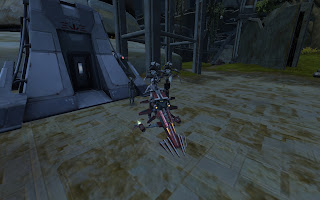 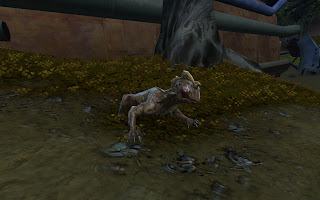 Weird little bugger. Had not noticed his kind around on Taris before.

Have an awesome Sunday!
Posted by Gloria Oliver at 9:23 AM