This past weekend was Animefest! It was totally fun and I got a bunch of awesome costume pics to share. (Way too much to do in way too little time is why I had to skip the usual Sunday and Monday posts. Wah!) 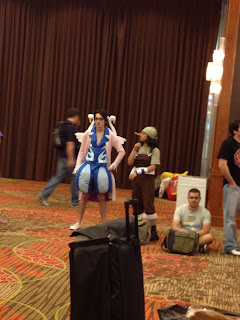 I loved that he was able to get the two swans for the backside! Lol! (Ack, I know the anime but the brain is not firing! Dang it! Has Luffy the Pirate0 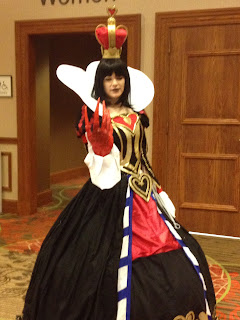 One mean Queen of Hearts~! 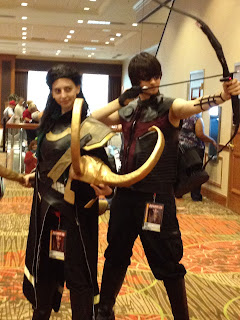 Awesome Loki and Hawkeye. Loki's staff even glowed. And Hawkeye had the cool quiver too! 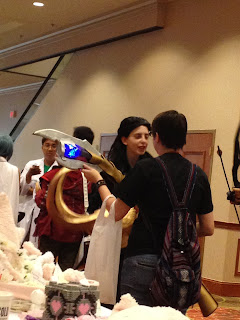 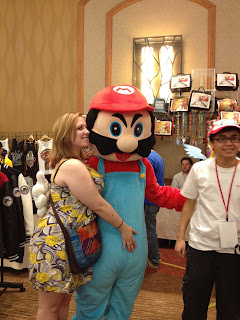 Mario! And, uhm, didn't notice the lady till later. Doh! 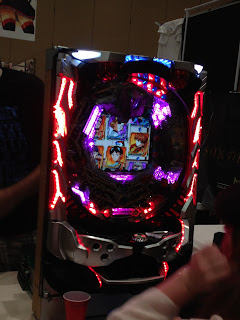 Two of the vendors had brought Pachinko with them! This is the Evangelion Pachinko machine. 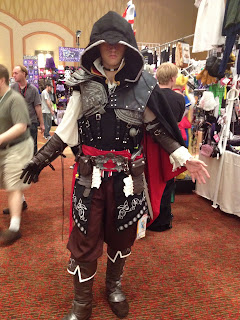 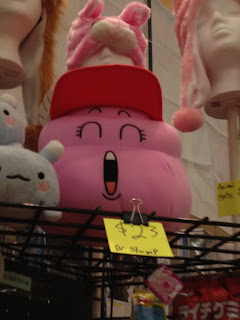 This killed me. If you're a Fan of Dr. Slump by Toriyama, you'll get the joke. Heh heh. (Creator of Dragonball) Arale, the girl hero (and android) of the comedy series as Pooh. Too funny. 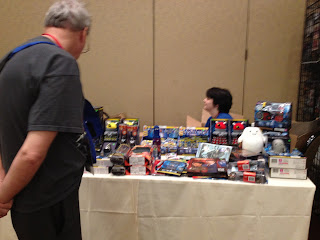 A table filled with ONLY Dr Who stuff. Drool.... 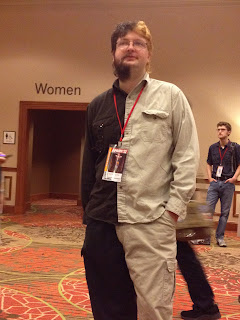 Loved the half and half look. Forgot to ask him if it was patterned after the Star Trek episode of something else. 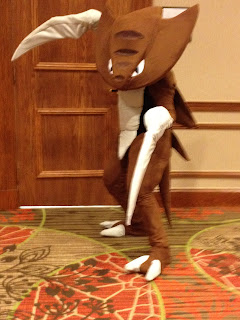 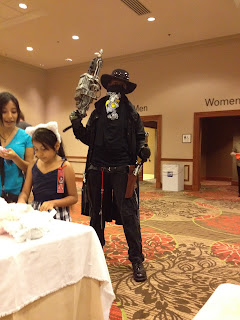 Loved this cowboy outfit. The big gun was very cool. 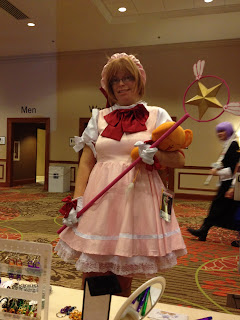 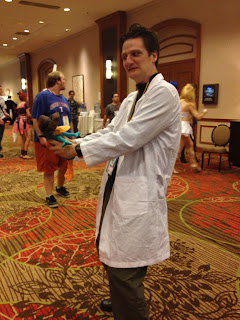 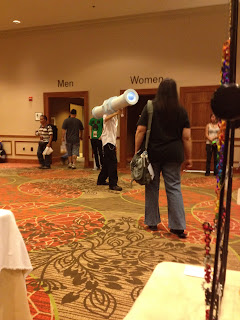 Look at the size of that bazooka thing! 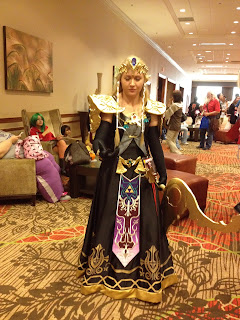 This Elven princess costume was a thing of utter awesomeness. Look at all the detail! 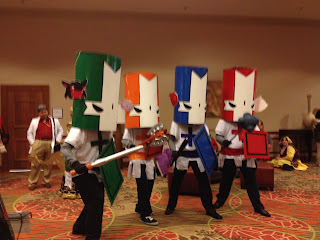 Knight from a game whose name escapes me. Argh! With their pets! Too cute. 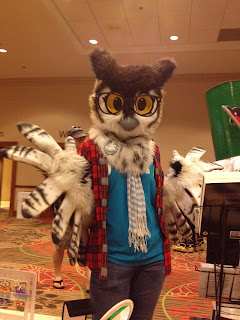 This owl costume was super awesome. On the back she even has tail feathers. So adorable! 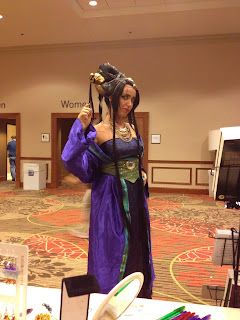 She looked awesome in this. Wish I'd taken a better pic! 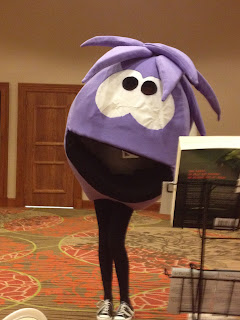 On Sunday morning. She had way too much energy, but was so cute! 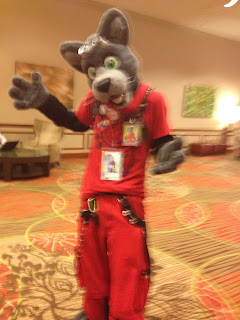 He even lipsynched to music. Hee! 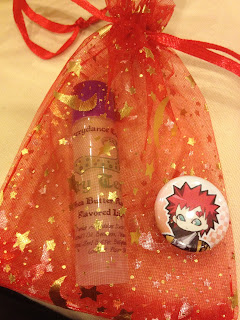 An adorable Gara my daughter found. As well as some homemade lip balm called Peary Tentacle. hee! And look at the awesome baggie she put it in! From Starrydance Cosmetics~! 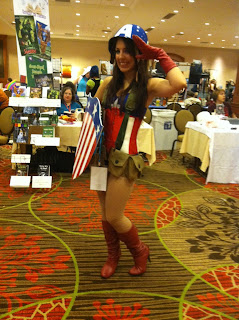 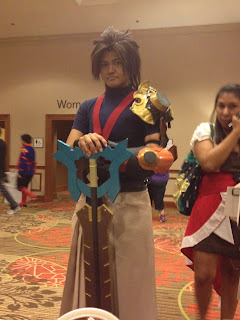 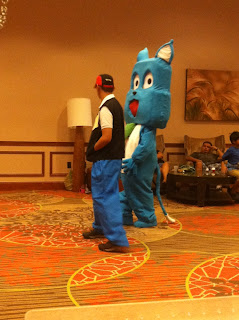 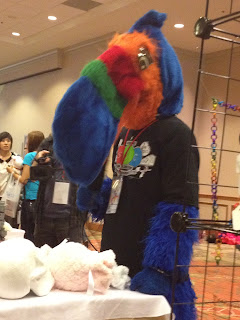 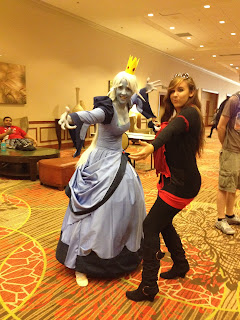 She was frosty! Hee!

It was a great Animefest. Can't wait for next year!