Woohoo! Just when I thought I wouldn't see any more exciting sunsets, BAM, they're back! YES! 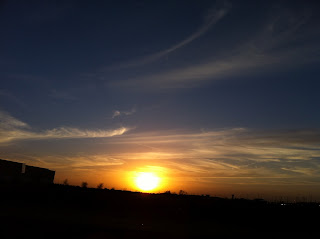 Almost looks like the sun is melting, doesn't it? 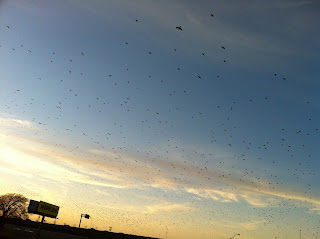 A ton of birds. You have to look hard but there's a ton of them. (The larger sized image will really make them pop out - so click away!) 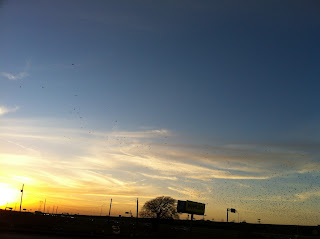 A sideways birdie shot. They were moving on me. 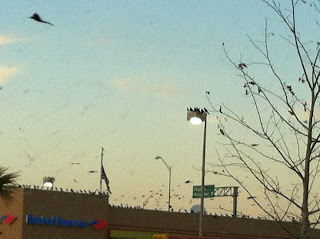 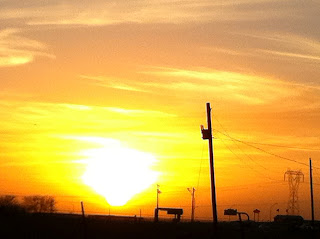 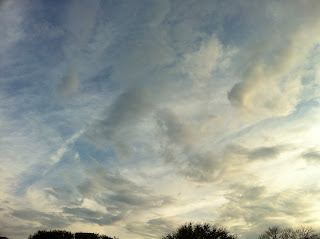 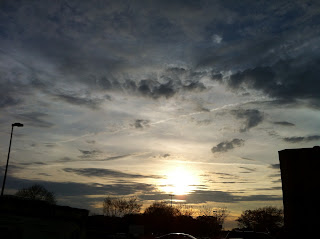 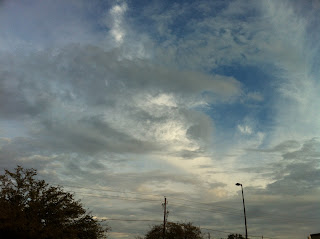 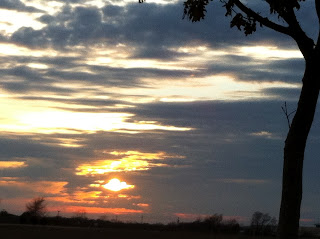 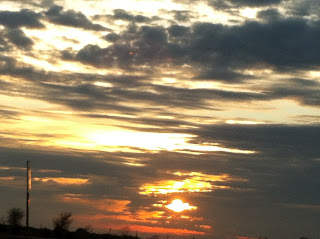 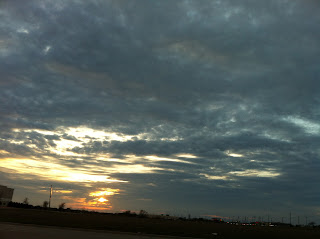 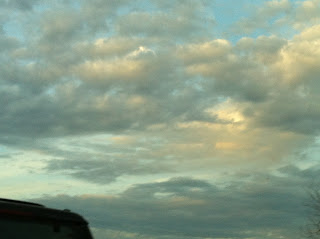 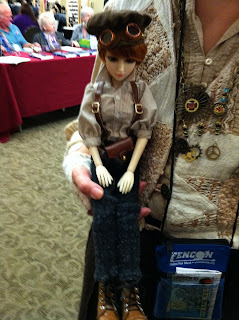 This was at ConDFW this past weekend. Some fun stuff walked on by my table this weekend. :P Steampunk doll! 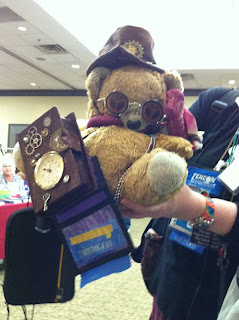 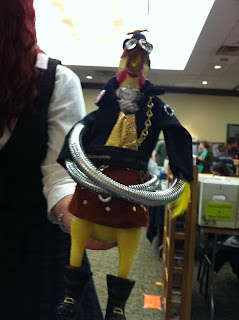 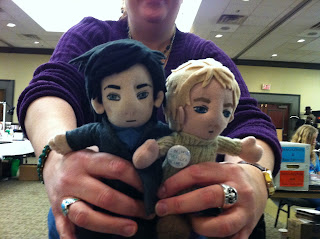 The Evil Melanie Fletcher is making these super adorable dolls! This pair is Sherlock and Watson from the BBC Show. So CUTE! She does dolls and jewelry. Some of her wares are displayed as Belaurient Arts. 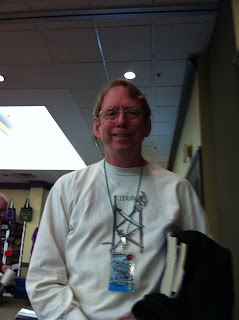 My buddy Patrick McGehearty told me at the con that he's running for US House of Representatives District 24!  He's super nice and he's a GEEK so he's one of US! If you live in Dallas in District 24, keep him in mind! He's fed up and wants CHANGE! Go Patrick! 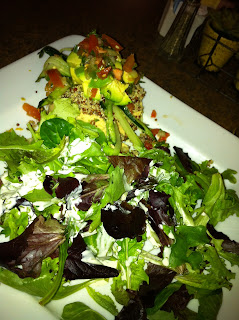 Once again, had already taken bites before remembering I meant to take a pic of dinner! From the Crowne Plaza's restaurant Quineno Tower. Funky but yummy! Abstract Photos of Face That Resemble Fireworks from Michael Zhang at Peta Pixel. 50 Beautiful Collection of Cloud Pictures from Tripwire Magazine. They do put mine to shame! Ooooo! Epic Action Photos of Porcelain Figures Shattering Against The Ground by Michael Zhang at Peta Pixel. Have to admit once I saw these I was amazed at how cool it looked!


P.S. Since Zumaya Publications is having their Kindle Thriller Sale, my novel Vassal of El is still on for only $2.99! Just FYI! :P
Posted by Gloria Oliver at 6:00 AM