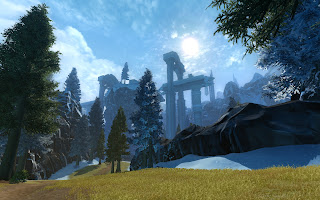 A set of high road ruins in Aldeeraan 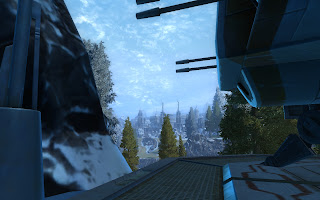 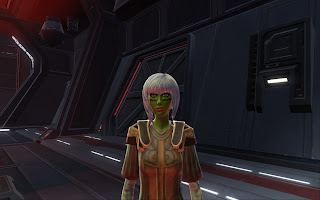 Hope to get a decent character face pic form this one. The default expressions are kind of blank though. 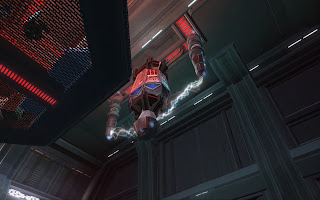 Machine looked too cool not to photograph. :P 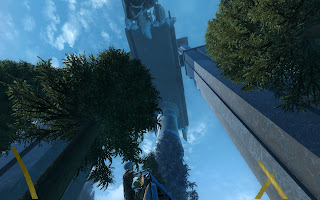 Lower view of the road ruin. 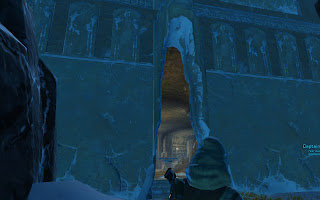 Alderaan has suffered some major damage in places 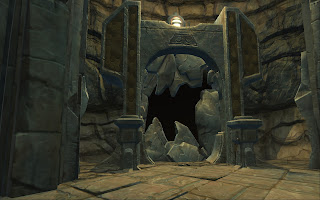 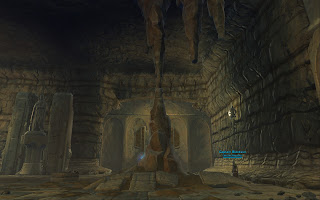 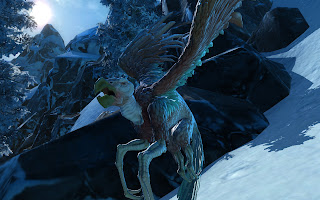 A bird creature on Alderaan. Since most things tend to be agro, it's hard to get pics of the local fauna at most of these places. lol. 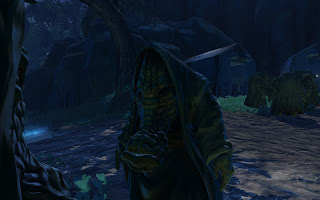 No idea on this race at Dromund Kaas. Could be off worlders since they were only at one location. 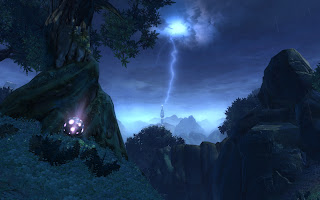 Caught this great pic of lightning hitting one of the electricity siphoning towers. 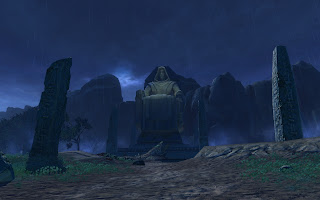 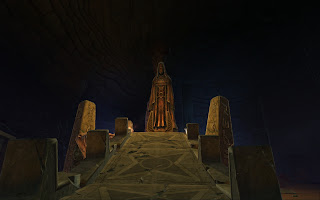 Testing cave for an odd Sith/Jedi cult where they mix both teachings. Odd bunch of peeps. 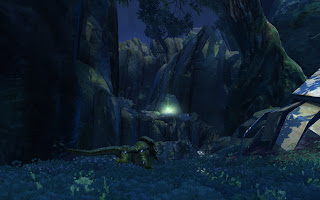 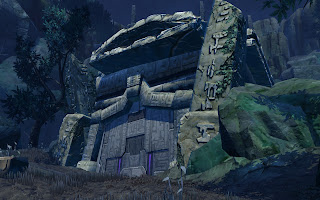 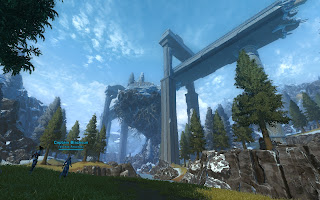 Back on Alderaan a cool view of the ruined road and the giant chunk of land hiding the holocron we found a couple of weeks ago there. 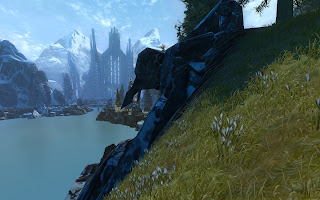 Palace of the Clan causing civil war on the planet at present. 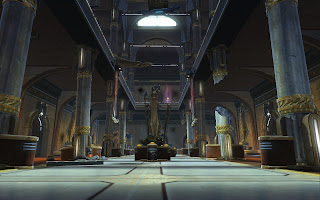 It has seen better days but still looks pretty good. At least here in this main room. 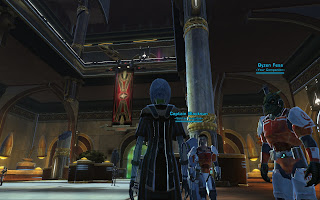 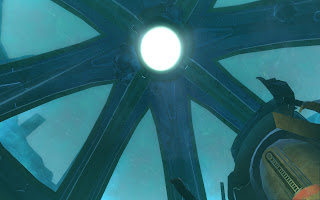 The main throne room. A total wreck bu the ceiling was amazing. The room is actually under water. A couple of leaks were quite worrisome. 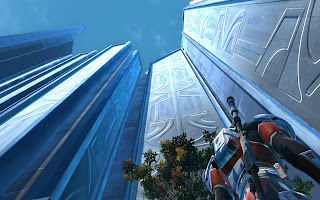 One of the outside walls of the palace. 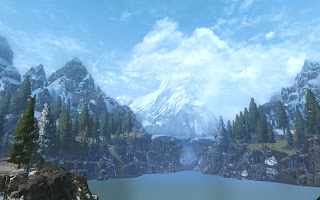 Lakeside view of the gorgeous scenery. 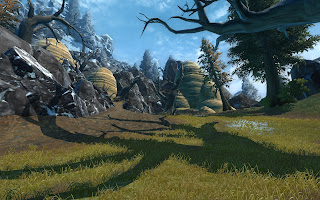 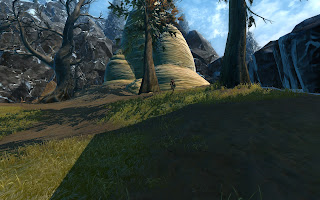 These guys are way unhappy, so could only take far off pics of the race.

About to leave Alderaan, so next week should have a new planet. Possibly at the end of Dromund Kaas as well.

Posted by Gloria Oliver at 9:39 AM