Burning up my brain so you don't have to!

US Top 10 Phobia List and other info by Jenny Hansen. (What I found truly interesting was how the US list differs from the World list. Heh.)

Catie Rhodes tells us about 714 Saint Peter Street and the ghosts haunting it. (Ooo! Wish I'd know about this when I was down in New Orleans a couple of years ago!)

EW.com shared the first peek at the new Cat Woman costume. There's been a ton of controversy since this came out.

This appeared during a discussion on Google + about why people like Legos. Personally, I thought this video was super rad.  This shows both the awesomeness of Legos and the amazing gizmo discovered last year called Antikythera Mechanism.

A J Walker talks to us about The Oldest Condom In the World on Medieval Monday. (And it was reusable! Mind boggling!) 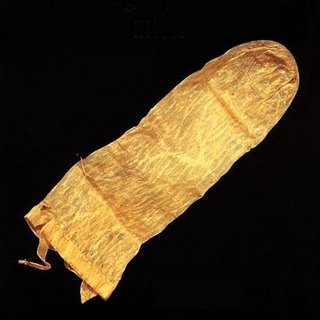 FansofMovie gave the url to the preview of Disney's The Odd Life of Timothy Green. I'd never heard of it, but after this preview, I'll be keeping an eye out!  Should be funky!

The Undeciphered Grimoire by Gene Lempp.  (Quite interesting! Plants and language never seen anywhere. Like someone mentioned in the comments, this sounds like a manic author's world building book for a novel we've never seen. :P)

Angela Wallace introduces us to Circus Trees! Are they cool or what? :)

5 Steps to Adding Social Follow Buttons To Your Website by The Savvy Book Marketer. (This is a pretty good Do-It-Yourself approach.)

Janice Hardy goes step by step on creating and sticking to revisions in Game On: Staying Organized During Revisions.  (Different things work for different people, but it never hurts to see what others are doing.) :)

A nice post by Michelle Diener on Using Real People and Events in Fiction. (As much research as you can do really does help. What's even better is when researching gives you IDEAS! Bwahahahaha!)

Are We Born To Create? - a neat introspective/discovery post by Kristen Lamb.

Rosemary Clement-Moore shares her Plot and Process for her novels.  (Again, people are all different, but you never known when you might stumble on something that will work for you!)

Melinda McGuirre recalls Fragments, Run-ons, and the Death of a Plant. (Definitely one way to learn to tell the difference! lol.)

Chuck (NSFW) Wendig gives us 25 Ways to Make Exposition Your B*tch. Lots of great info and food for thought. (and cuss words...:P)

The Case of the Capital in Fantasy by Lady Rosalie Skinner.  (Just went through a bout of this myself for POM! lol)

Vicki Alvear Shecter talks about The Emotional Connection. That lovely thread that ties the reader to the books.

James Killick suggests 5 Things To Do Between Writing Projects.  (I totally agree. We must recharge the batteries! We must reward ourselves! Booyah!)

Chuck (NSFW) Wendig talks about What It's Like Being A Writer. Nice post to use on people who don't get it. After you've scrubbed the NSFW part off. If they care that is. :P
That's it for this week. Enjoy!
Posted by Gloria Oliver at 6:00 AM