I've been lucky enough to have had the opportunity to travel here and there at different times in my life, even out of the country. (And if my dream comes true and I win the lotto someday, I have a ton more I will be going to visit!) The biggest thing that's whacked me over the head when I've gone to some of these places, more specifically the very famous ones, is how due to the media, there's a built in expectation of what the place will be like that doesn't often actually meet with reality.

It's possible this is just me, but I doubt it. As I will endeavor to explain. (I'm bringing all this up as it should be something that as authors or even tourists, we keep in mind when writing about or are thinking going to somewhere - so there's a reason for this madness.) :P

My first encounter with this phenomenon was the first time I went to Japan years and years ago.

Tokyo itself was what I expected. A big modern metropolis with tons or people, trains, posters, buildings. The big surprise there was the little bits of 'old' like small corner shrines, monks, and the like you'd see sprinkled here and there. But overall, I got as expected. Kyoto on the other hand...

From movies, TV specials, and the like, my mind's eye had a certain view of Kyoto. When Kyoto was in movies, etc they tended to only photograph and focus on the old part of the city, the small section kept as it had been back in the samurai era. 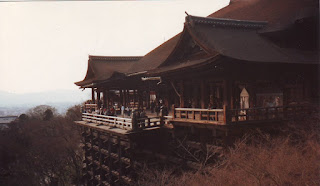 And when I first went there I was in literal shock to find the city to be a very modern affair! You actually had to work to find old architecture and the quaint little places I'd always seen before. The old quarter is very small and totally surrounded by the modern everything. 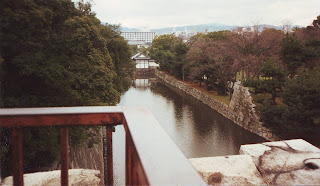 It wasn't to be the last time I went somewhere and was forced to realize things were far from what we're normally shown.

The same thing happened to me on my near miss visit to Las Vegas and the strip. (Convention was in a nearby town not in Las Vegas itself. Got to peek at it as we went around it and later drive through it when my flight was canceled. Leg problem and not able to afford $75 taxi bills kept me from the strip. So close and yet so far!)

Anyway, I digress. Las Vegas mostly looks just like any other city in the US (Except for some giant billboards!). 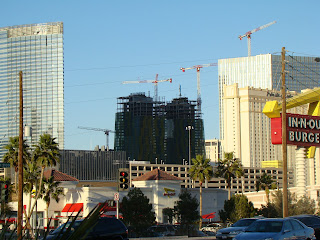 The strip itself is only a few blocks long and if you walk away from it, it's as if it never was! 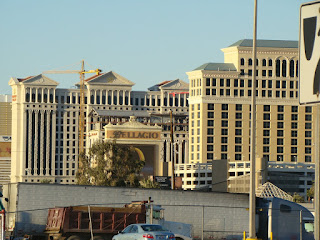 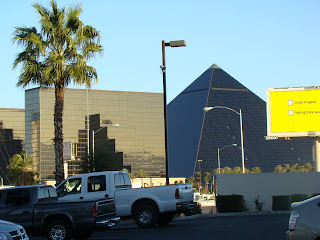 The latest one I faced was New Orleans. The big whoop you always hear about is the French Quarter. But it too suffers from the same media blitz and fairy tale making, a lot of other famous places do as well. Yes, what they show you does exist, just not in the proportions they like to show. (It was amazing to see how much the city has recouped from Katrina though!) 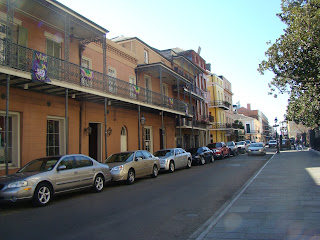 So you can go from beautiful and picture perfect to fantasy shattering reality by just going down a different street. 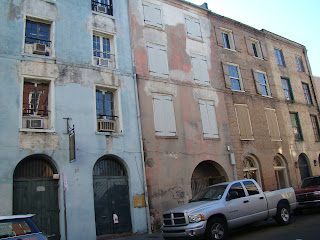 I guess what my point is, don't just believe the media. As both a tourist and an author, make sure to dig a little deeper. Not only can it make your works more true to life (and won't get you laughed at by those who live there), but you might spare yourself a nasty, unexpected surprise. :P

Posted by Gloria Oliver at 9:41 AM