I am running late, but with some luck, I will get this post done on time! 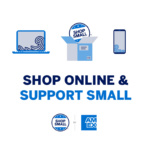 Remember to support small businesses during this time of uncertainty. (Like my publishers!) We'd all really appreciate it! I think Zumaya will try to set up a promotion in the next week or two. Get ready for possible deals. :P

Hubby and I played an interim game between the two Assassin's Creed games, but it ended up being just a preview. I may still share, as I enjoyed what we played, but this new (for us!) Assassin's Creed is too gorgeous not to share!

So far, the mechanics work a lot smoother than Black Flag. They've also added a neat feature with the iconic eagle and gives the player an aerial view and other fun goodies! 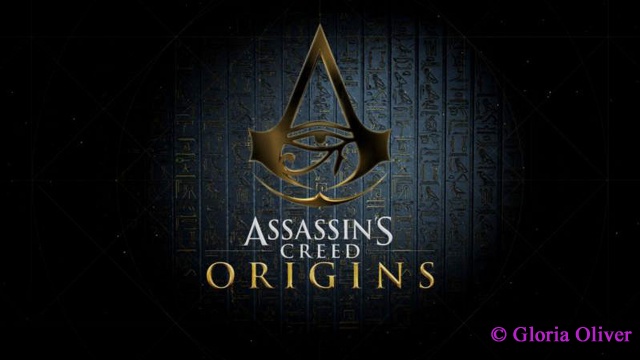 I loved how they merged the normal Assassin's Creed logo with the Egyptian hieroglyphs. Looks awesome! 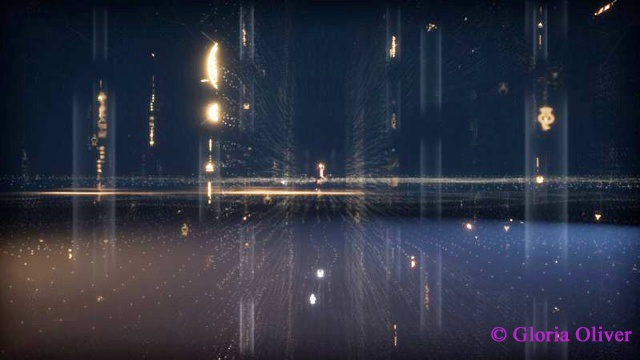 A super cool combo of data streaming and hieroglyphics. Too cool! 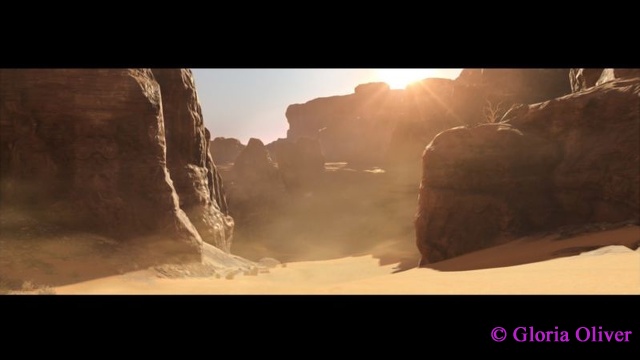 Intro film - showing us the unforgiving desert. As with the other one I played, they dump you in the middle of things without context, which is slowly revealed during gameplay. 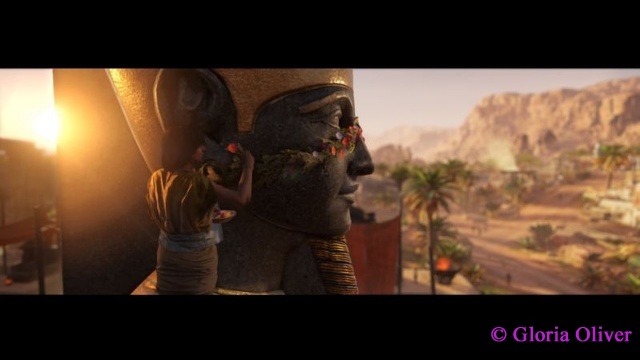 The prosperous village of Siwa. 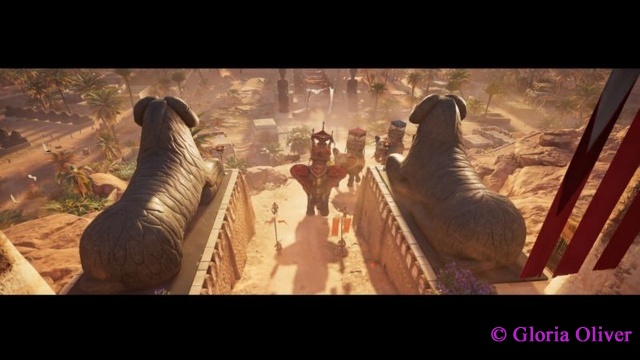 A royal visitor - and the moment things began to go wrong. 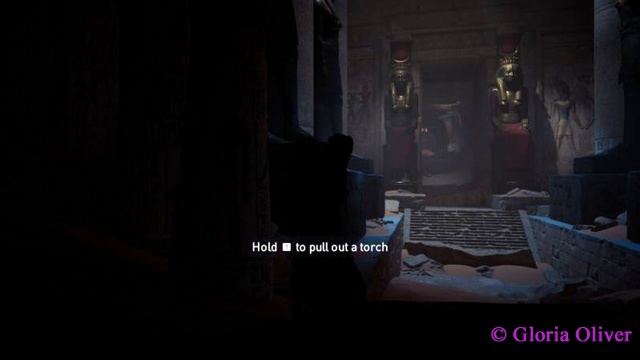 A year has passed since Bayek noticed the masked figures with the royal caravan. Bayek is a Medjay for the Siwa village before tragedy struck. A Medjay is a protector and policeman of sorts. (I kept thinking they were saying magi! DOH!) 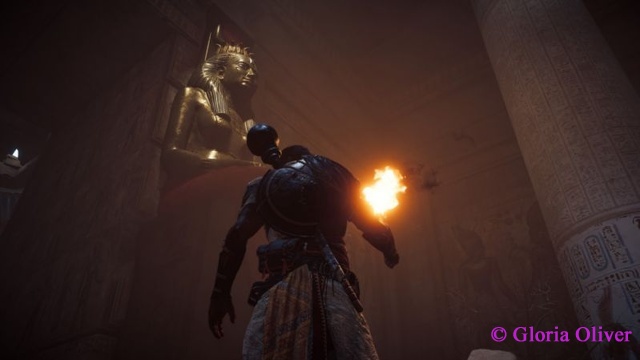 Isn't this gorgeous? The detail is outstanding. You even burn cobwebs with the torch. Bayek has just dispatched the first of the five men responsible for corrupting the country and destroying all he held dear. 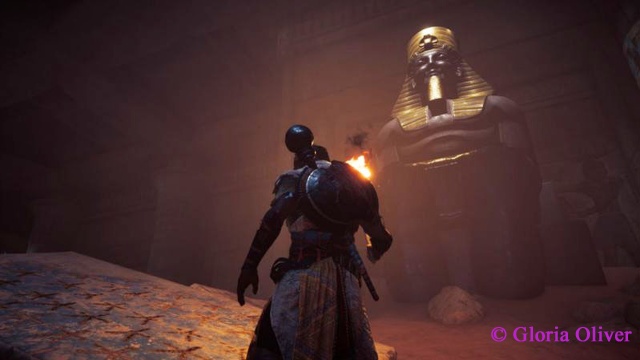 I loved that he apologized to the gods for infiltrating their temple and pilfering some treasures. It was also fascinating to hear him say 'ancients' when that is how we think of him in 48 BCE or so. 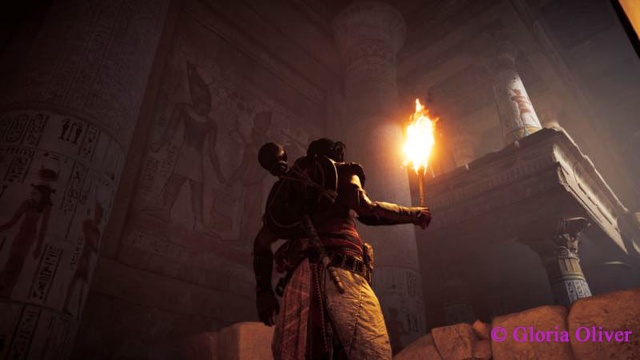 Just look at the awesome wall paintings! The neat columns! Such gorgeous work! 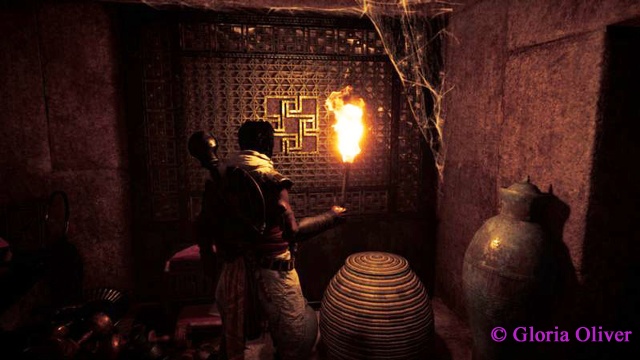 Such intricate work. Though you can't take it with you, there are a ton of wonderful representations of actual items you'd see in the bigger tombs. Wait until I share the pic of the cat mummies! Squee!

I've put Cross-eyed Dragon Troubles and Inner Demons back for free at Smashwords if you need reading fodder. But if you can spare the cash, please support my still existing publishers! Much appreciated!