July has been catastrophic with regards to getting stuff done. Quarter Ends at work are just brutal. Didn't help we had some major projects due and a hierarchy system conversion all at the same time! Wheee!

I remembered to lighten the pics before I uploaded them to the photo albums this time. The game is at times very dark and the details I might see while playing, are not so visible in the screenshots. Doh!

For example, this guy looked normal on last week's pic. But look at him now! 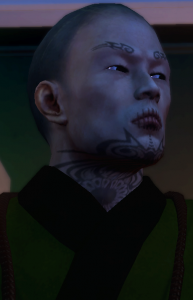 He has some super cool tats! :P


We're still in the newbie intro phase. Here we're about to get a glimpse of the trouble out in the world before I meet with the actual leaders of the Cabal. 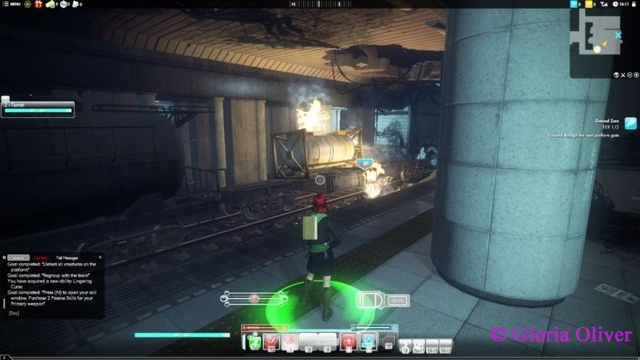 The lady from last week has somehow sent my soul/entity into the body of another. This is where I woke up. 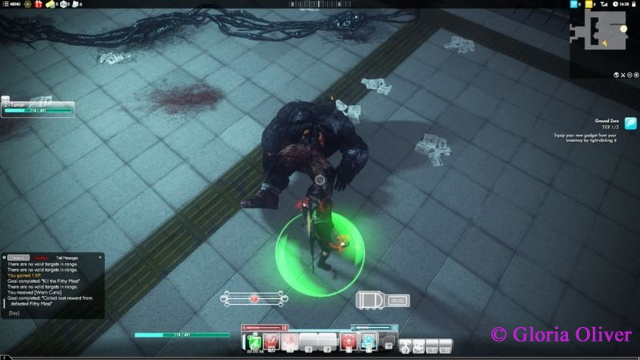 These are the manner of creatures we have to deal with. It's more than just undead. 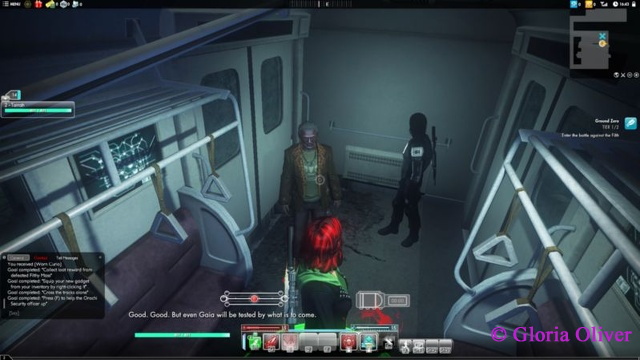 People from other Cabals. Uniting in the trenches to fight. The Illuminati, the Templars, the Dragons. They are just the top three organizations. 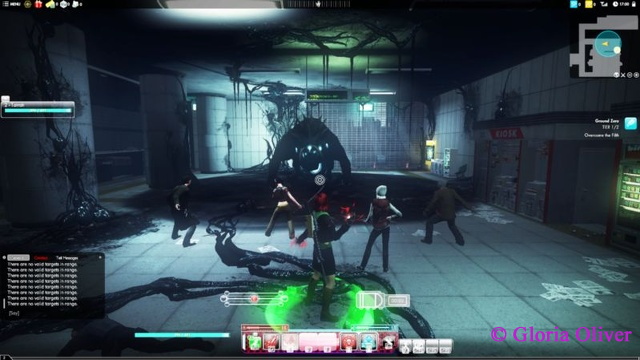 Together we're trying to get out of the subway up to the streets. Lots of weird nastiness all over. 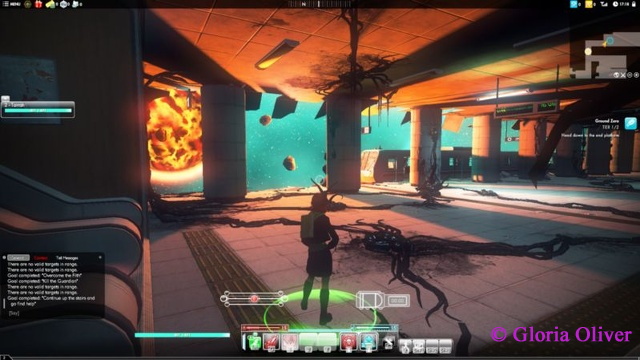 Definitely not in Kansas anymore! 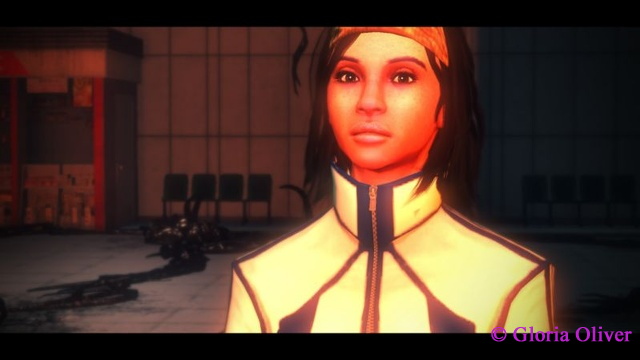 She is the person I am currently inhabiting in this place. She was dead before I arrived to use her shell. 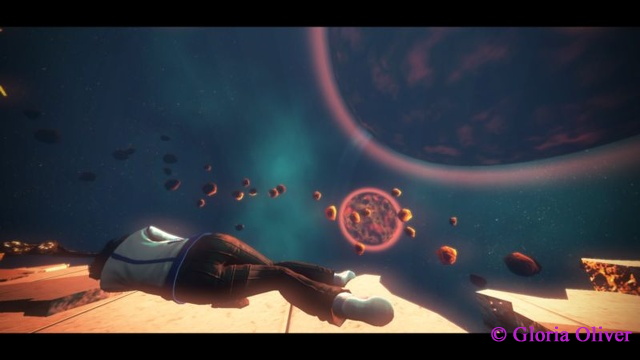 I leave her as I found her. (Not that I had control in any of it.) What manner of things are making into our realm from rifts like these? 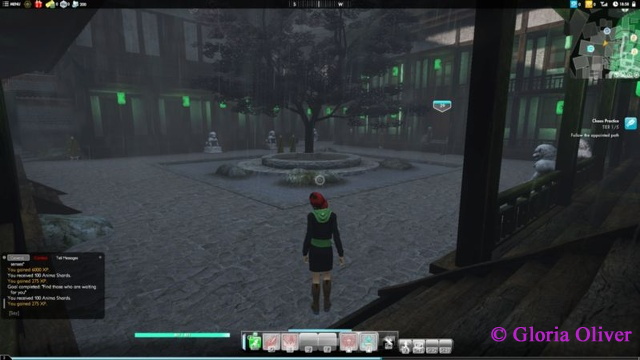 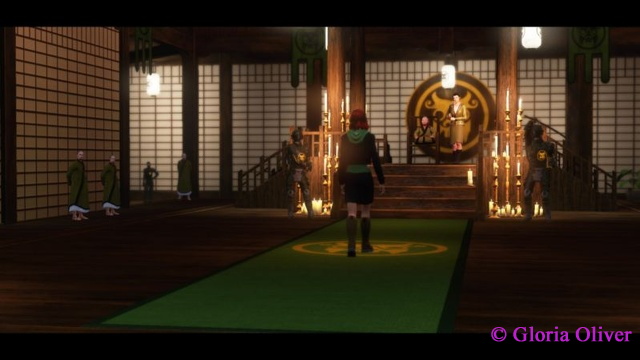 This is the leader of the Cabal. He did not speak. Letting the woman beside him do it for him. 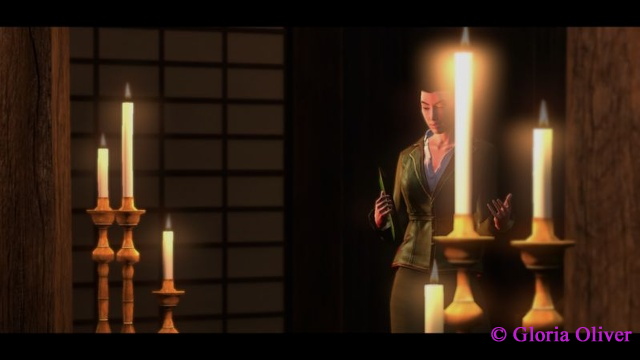 She explains how the Dragons believe in controlled chaos.

One curious thing. My character never talks. She only listens. People tell her all sorts of things. Between the great voice acting and the weird characters, it's always fun to listen to all they have to say. :)

Hope you have had a restful weekend!
Posted by Gloria Oliver at 10:10 AM