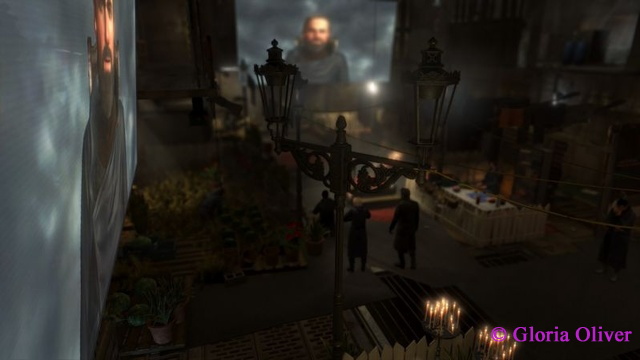 The leader of the underground cult and a total brainwasher. He's excellent at it. 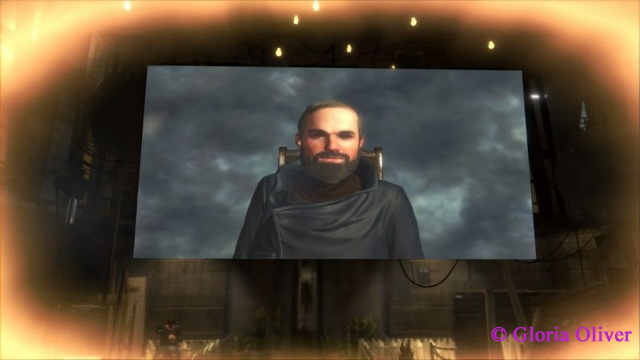 He's messing with my mind! I don't entirely succumb, but it affects me plenty. 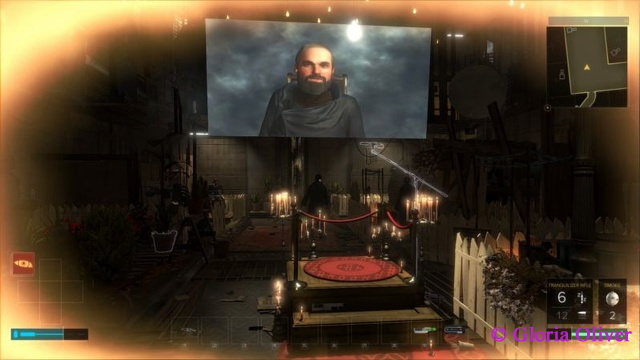 A podium with a microphone so his people can speak with him, except it's not plugged in. He's a nasty piece of work! lol. Need to get my inside's fixed before I tackle the rest of this one. 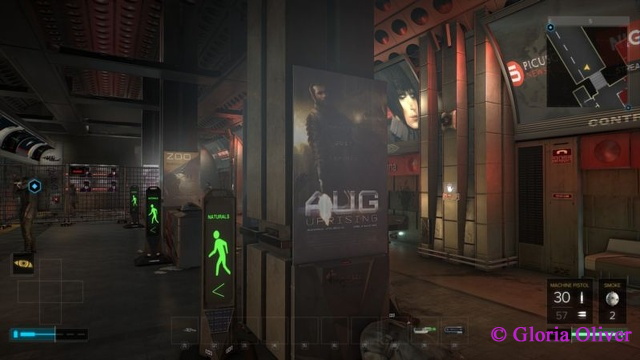 Subway station. Love the movie poster. Hah! The place is segregated between naturals and augmented zones. 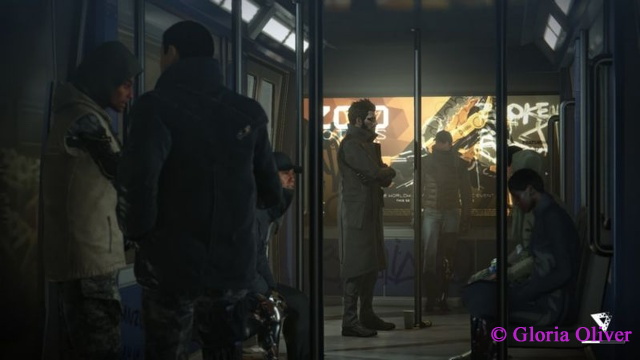 Inside the subway car/tram.  The sequence made me woozy, so every time I got on, I had to look somewhere else for a minute. Wheee! 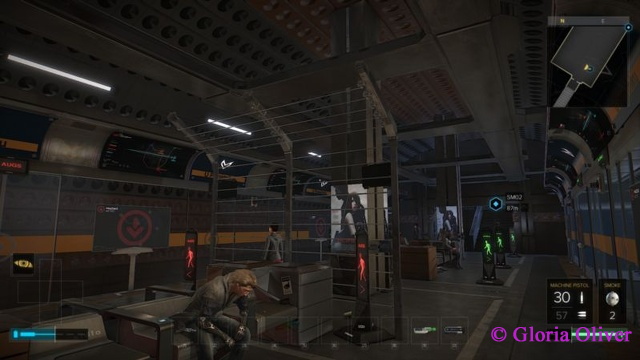 Station on the other end. There are four or five locations you will take the subway to get to. Each is slightly different. This angle is from the Aug side of the station. 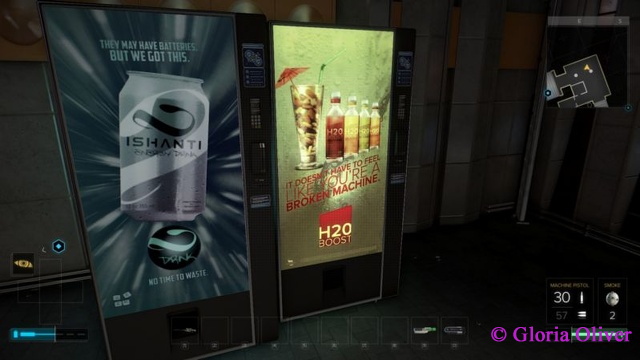 One thing I love about this game is all the awesome detail. Even the drink dispensers take sides. lol. 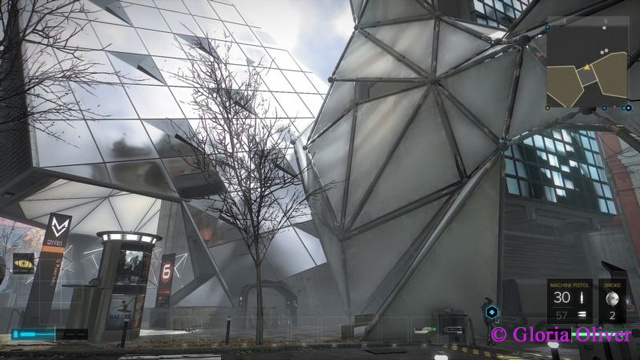 Outside the station. Gorgeous and so modern! 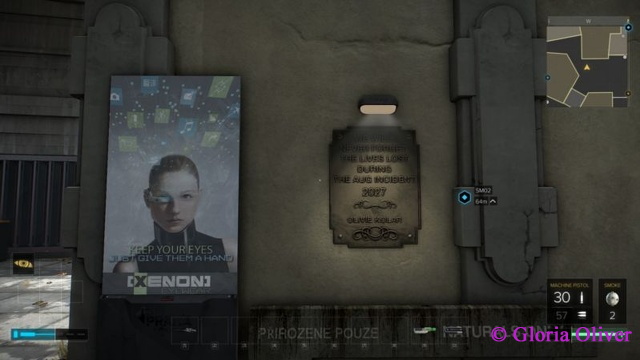 The plaque is about the incident resulting during the end phase of the previous game. It truly messed up the world. But could have been so much worse! 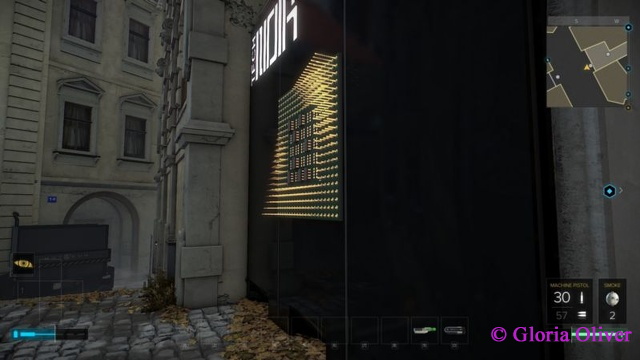 Totally loved this 3D ad for the store Tech Noir.
Have a great Sunday!
Posted by Gloria Oliver at 9:17 AM