Morning!
Hubby was sick during the Thanksgiving holiday so I detoxed from all the overtime and stress at work with Deus Ex. :P Hubby though had already purchased Dishonored 2 for both of us, so I started it this weekend. (He's already finished both!)
Dishonored 2 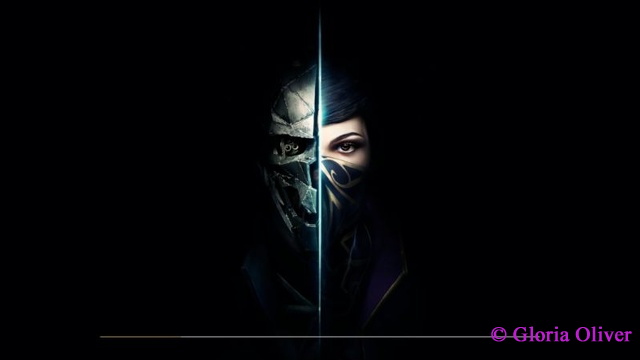 Spiffy loading screen. Dishonored 2 is set 15 years after the first game. You also end up with the choice of playing Corvo again or his daughter Emily.
Tutorial Section 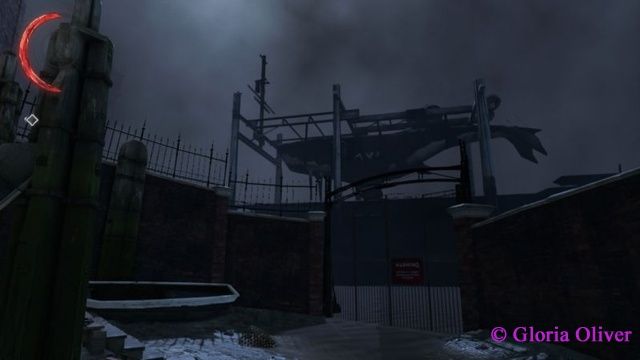 Whales are still very much a strong motif in the game. :P The tutorial is from Emily's POV as she's being trained by Corvo. Emily is a bit of a whiner. lol. 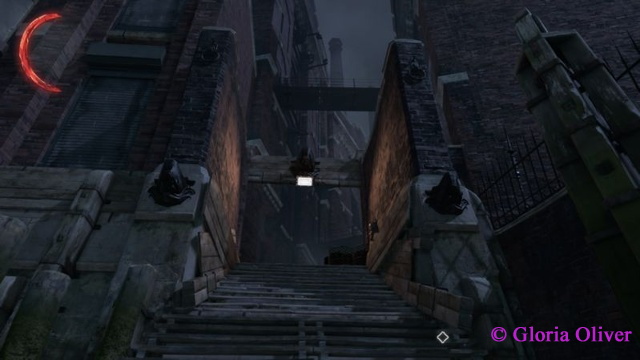 Whales are still in all their decorating! lol. 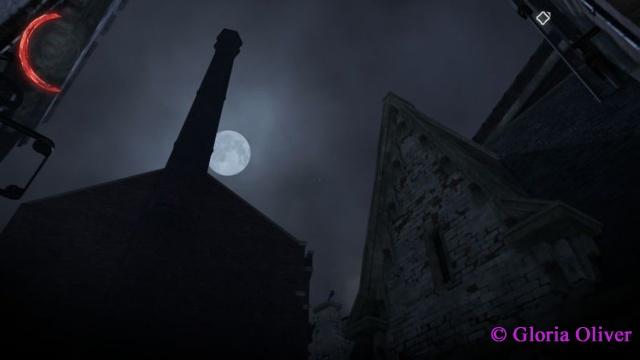 The art for the city is lovely. Great attention to detail. 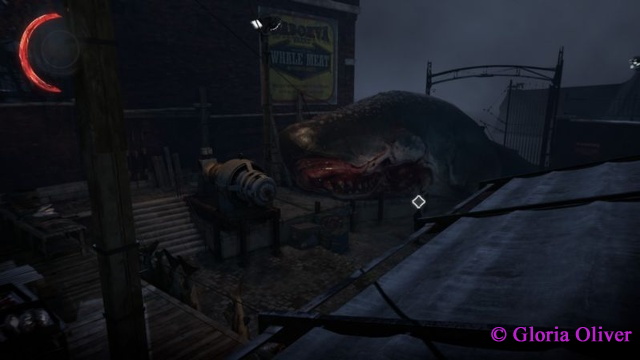 That is one gruesome whale. Look at those teeth!
Game Beginning 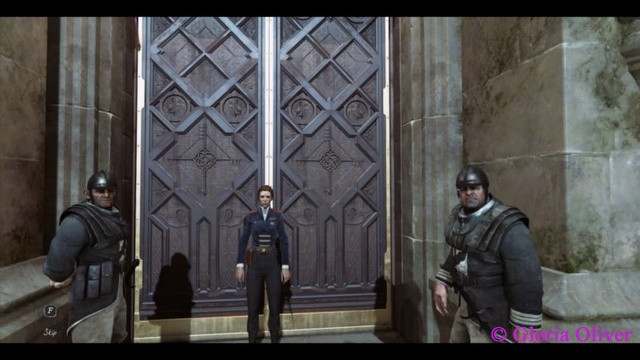 Emily and Corvo are about to enter the main hall at Dunwall tower. It is the 15th Anniversary of Emily's mother's assassination. The prior empress. 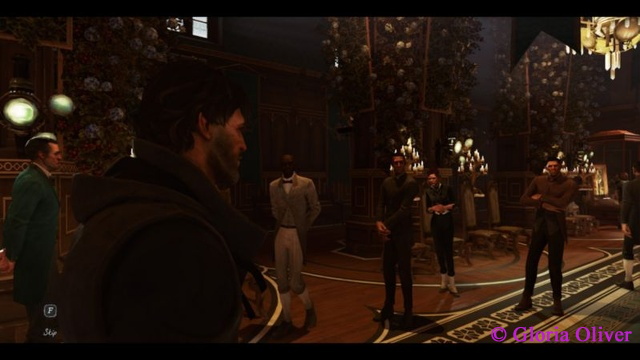 The people are still rather rough looking. lol. That's Corvo's profile on the left. He's Emily's Protector as he was for her mother. 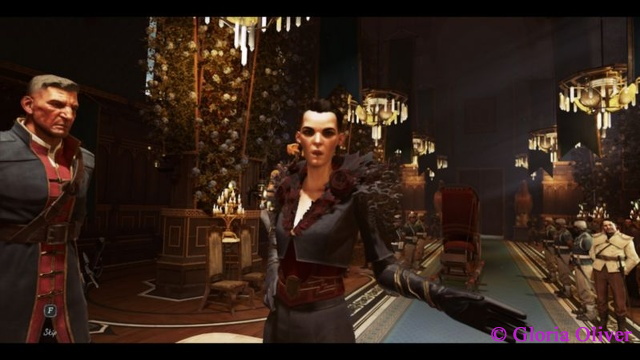 The party pooper - Delilah. An unseen yet major player in the first game. Thought we were done with her, but somehow she's managed to come back. And so the troubles begin. 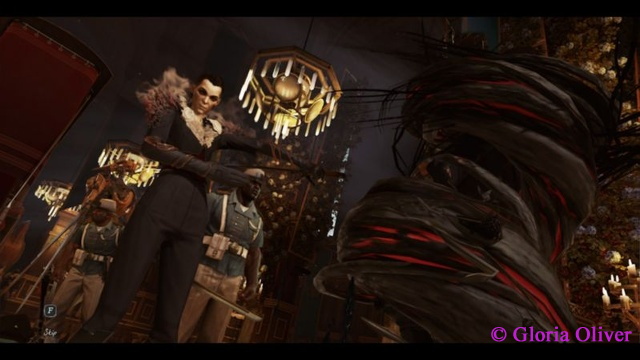 She has some major sorcery going on. Since I chose to play Emily, she's wrapping Corvo up in a stone skin. 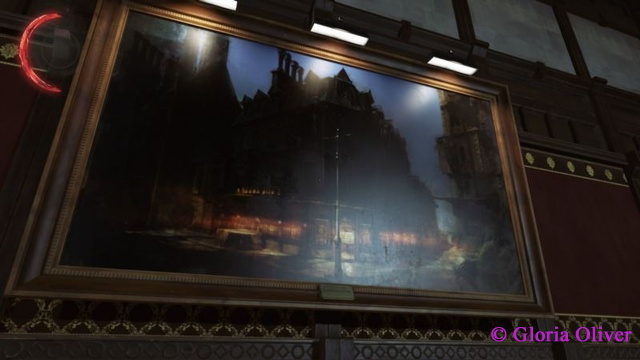 A piece of artwork in the tower. Time for me to make my escape.
Have a lovely Sunday!
Posted by Gloria Oliver at 9:52 AM