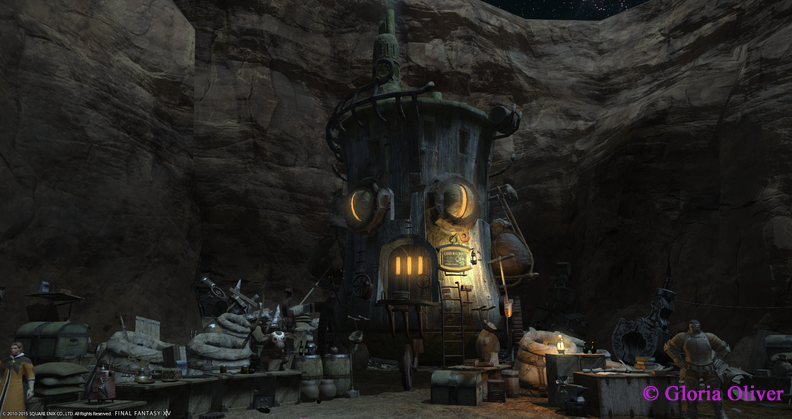 Mining and tinkering camp. It's where we learn a little about crystals and tuning them. Still not something I've done a lot with. 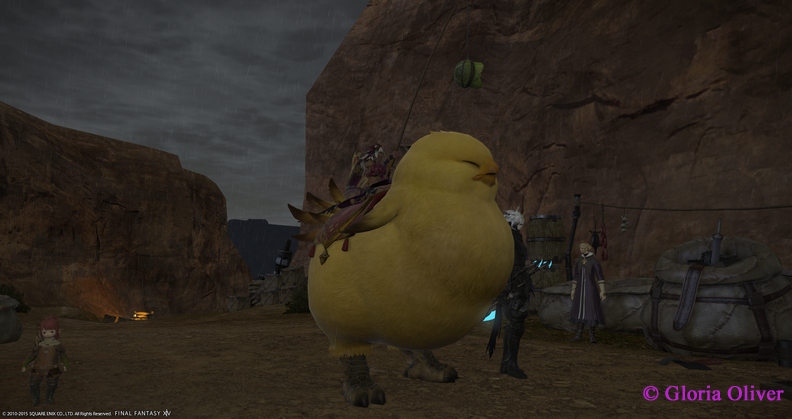 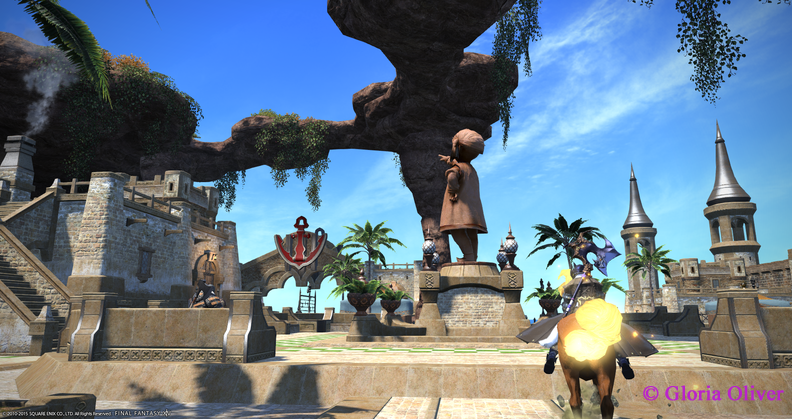 Different angle on the main courtyard.
The Waking Sands
Scions of the Seventh Dawn 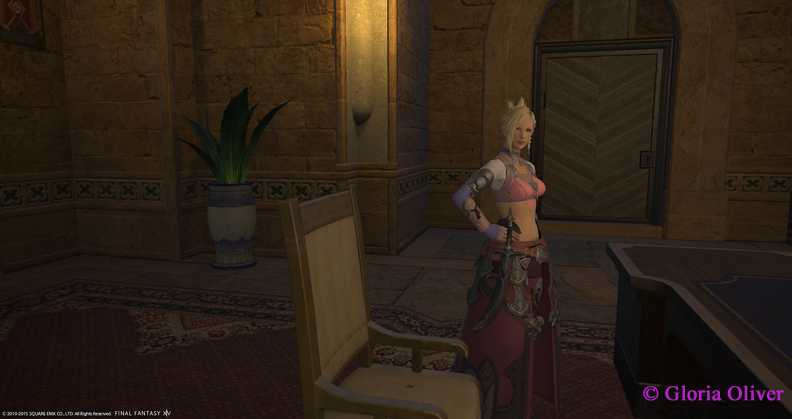 Within Vesper Bay lies the Waking Sands. It is the head quarters for the Scions of the Seventh Dawn - unaffiliated group trying to help the entire planet. This is their current leader, Minfilia. 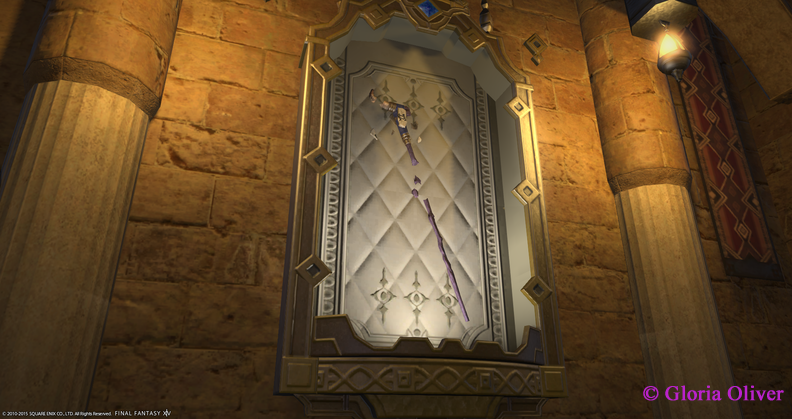 Preserved staff from one of the previous leaders of the group. He was lost during the calamity. 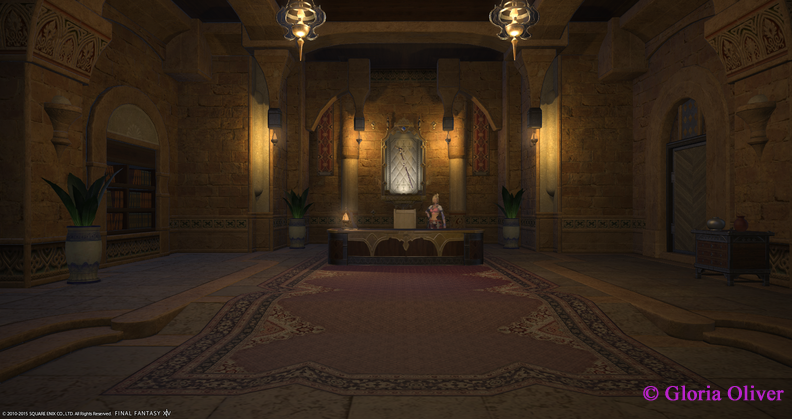 Pulled back view of the head office of the Scions of the Seventh Dawn. 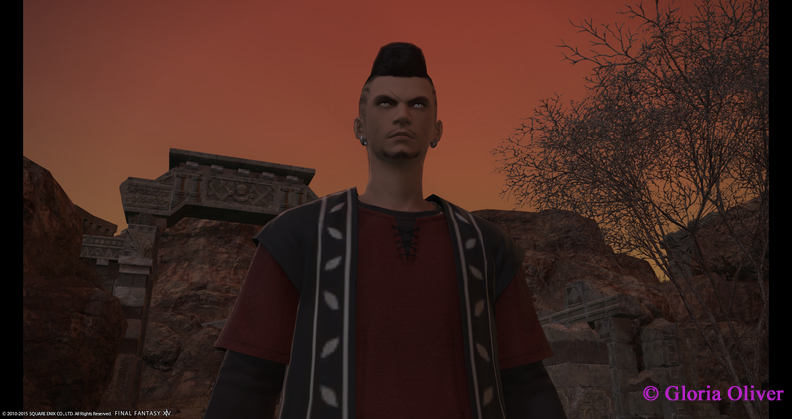 Traitor to the planet. 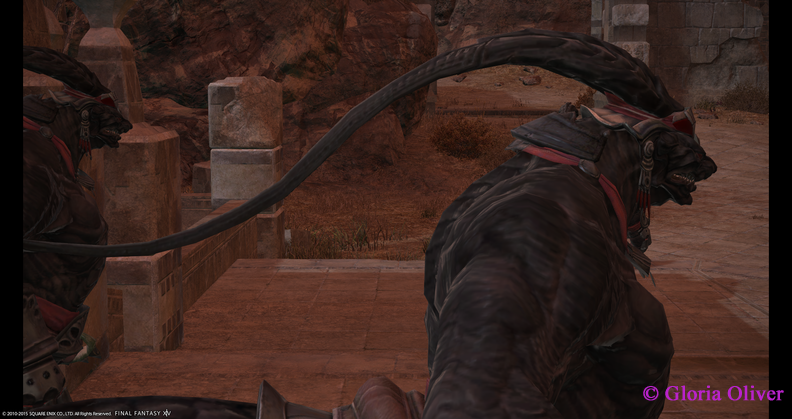 This warrior race is trying to summon back one of the Primals. Elemental deities that take over the minds of those around them. Eek! 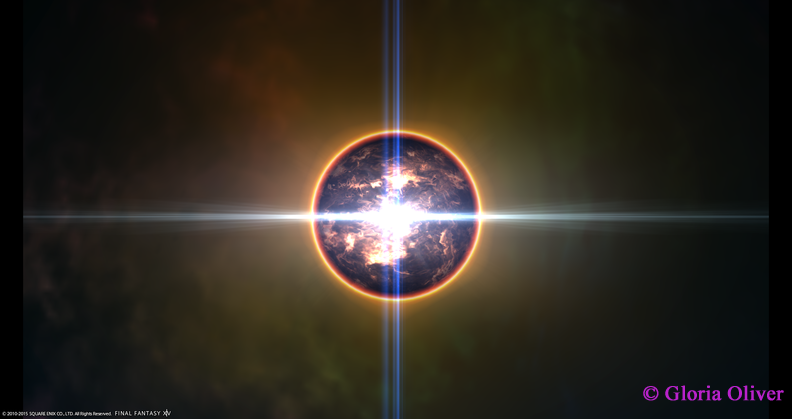 They are summoning the Primal! 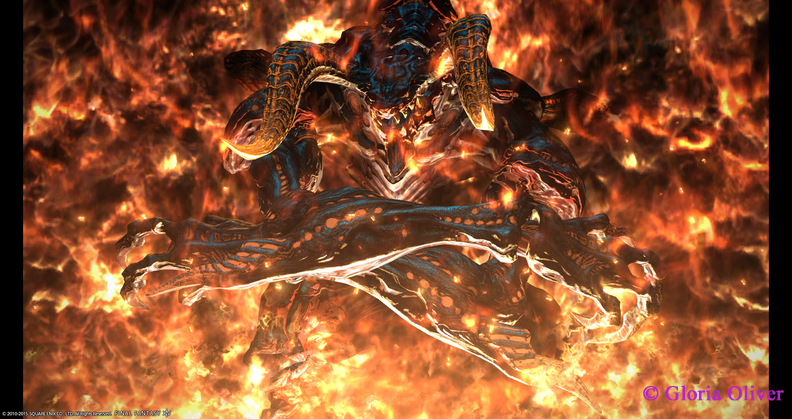 Magnificient, no? His name is Ifrit. 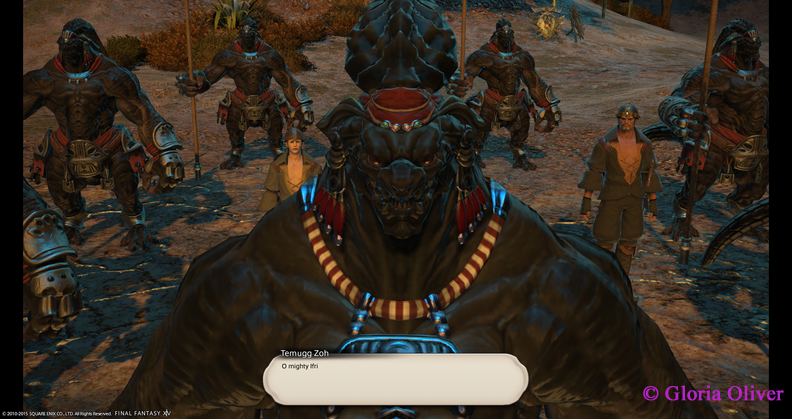 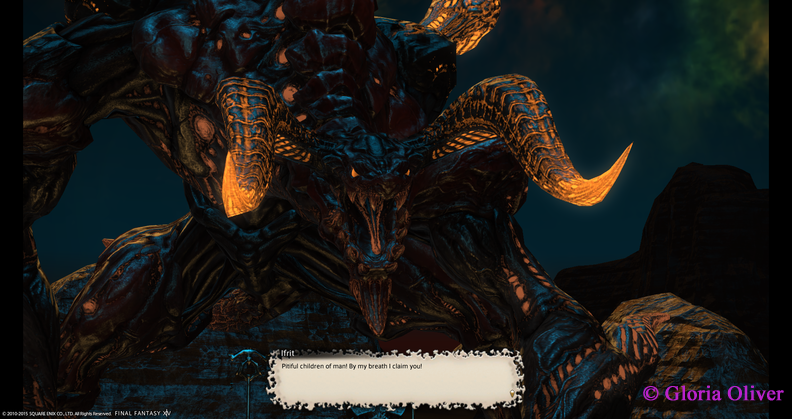 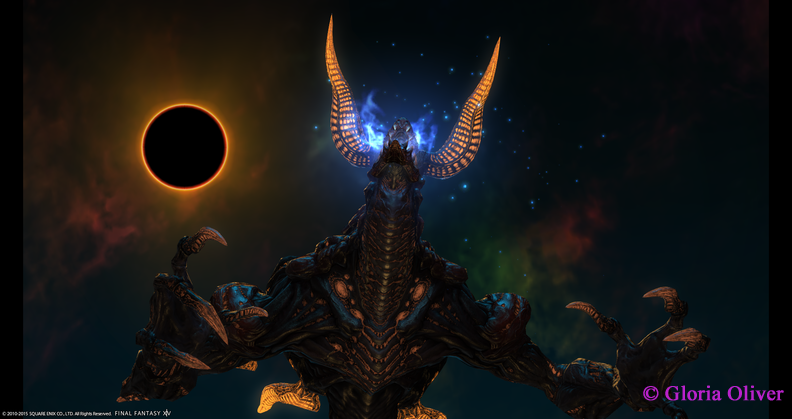 He is darn scary looking! Dang!
We're expecting a ton of rain today! Stay dry!
Posted by Gloria Oliver at 9:15 AM