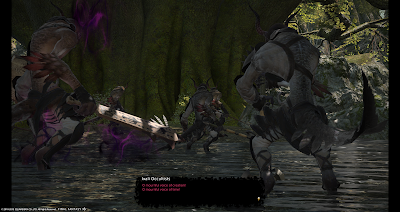 Battle at the sacred tree. 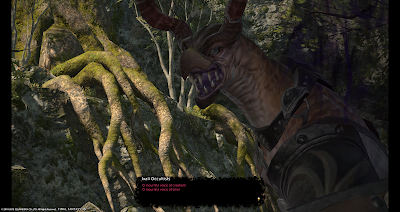 These guys are doing the destroying but are not the actual instigators of the trouble. Bad tempered though. Heh heh 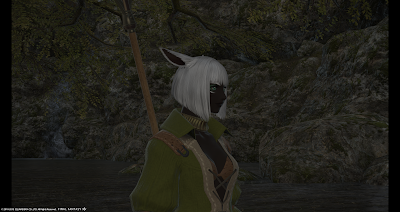 I've come with the rangers to stop them. 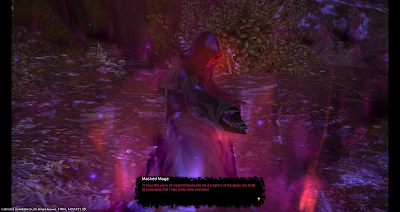 Now this guy is the one behind the current troubles. 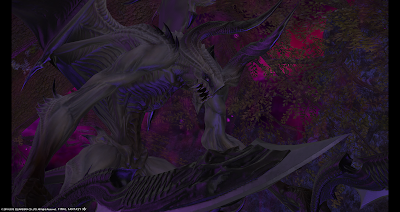 And he really wants to win. 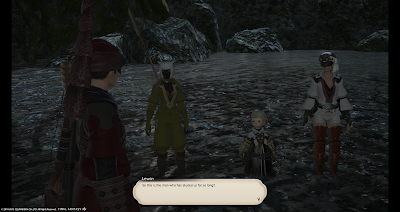 The mysterious duo shows up once more to help. 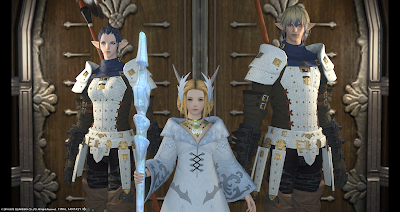 Later, I speak with the leader of Gridania 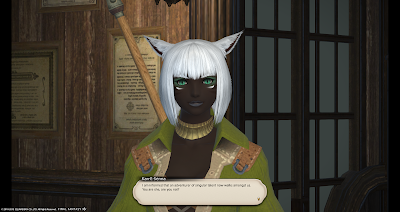 Lots of things to learn. And she's chosen me for a role in an upcoming celebration. 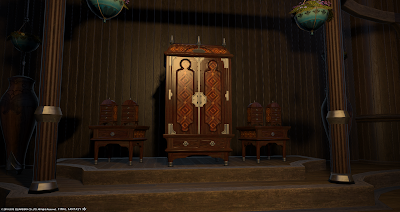 Oooh! Hope I will be able to make stuff like that some day! 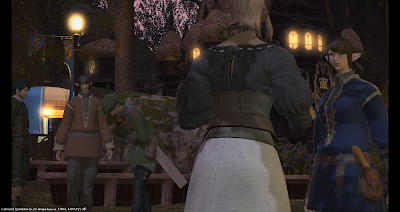 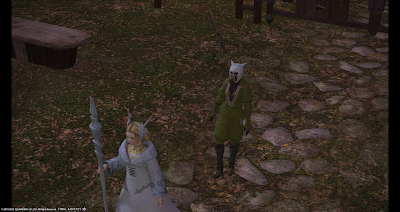 I'm wearing a ceremonial mask representing those who helped during the calamity years ago. 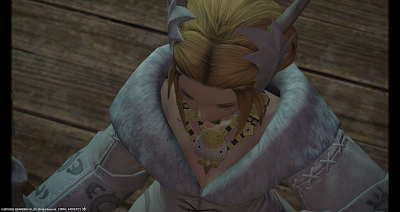 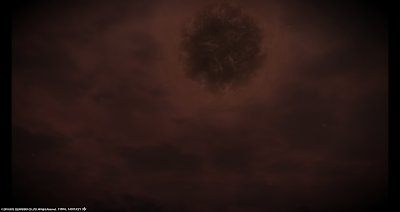 Unexpectedly gives me visions of the past and the disaster from before. 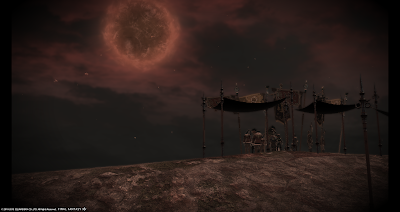 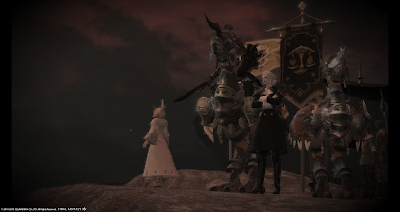 The leaders of the battle to defend the planet. 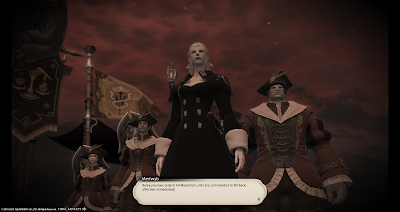 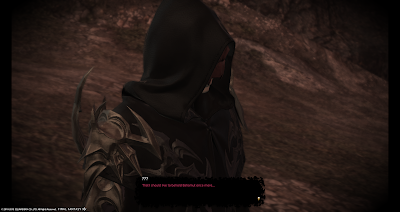 Dude on the bad side. 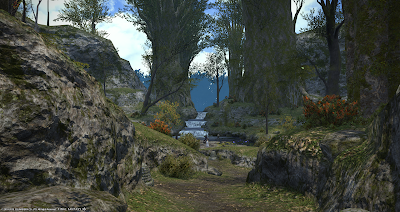 After the vision, went to meet the leader again in a special garden. So pretty! 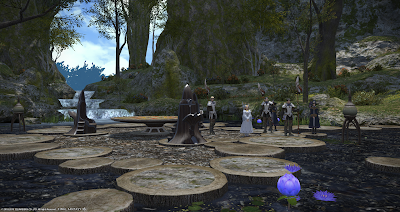 Isn't that neat? She realizes more trouble is coming and wants me to deliver messages to the other two leaders. 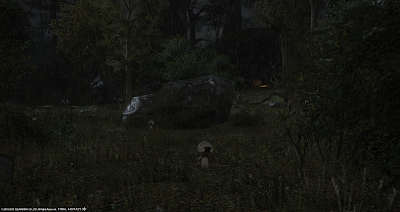 Cure little guy right in the middle. Awwww.
And off I go!
Posted by Gloria Oliver at 10:14 AM