Morning!
While I missed about half of FanDays due to work, I still made it in time to get a few pics. Yay! 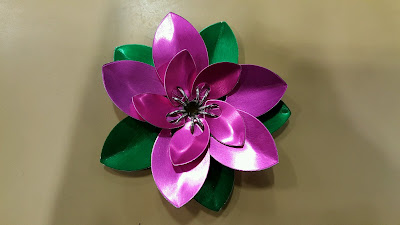 My daughter had not made one of these triple layer flowers in forever. Someone saw it on the banner and asked for one. I think they are super cool! 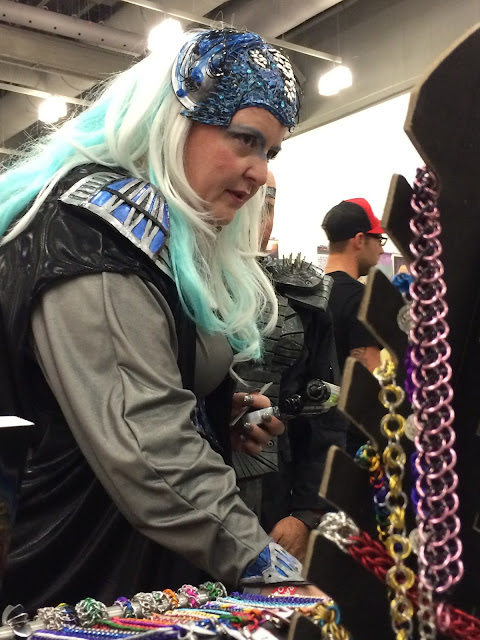 Look at the awesome detail on her headdress. Fascinating! 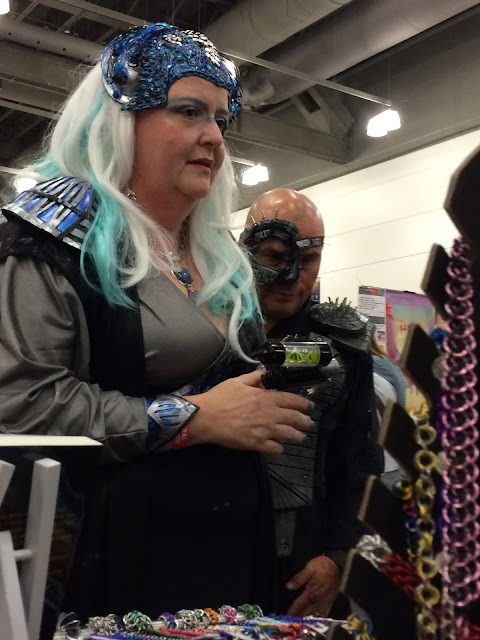 Her weaponry and the buddy with her also had it going on! 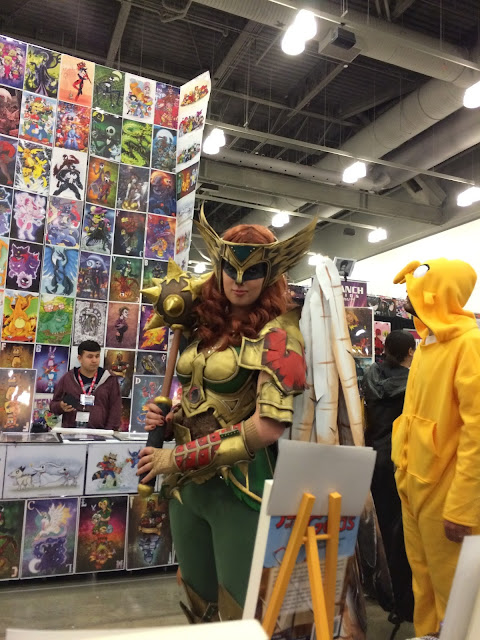 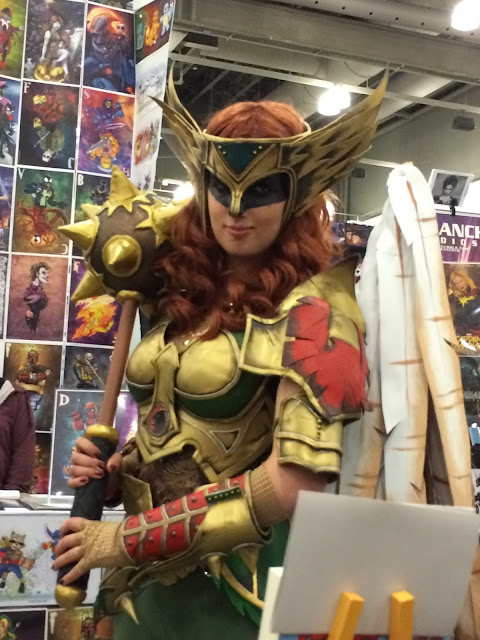 See what I mean? Came out great! 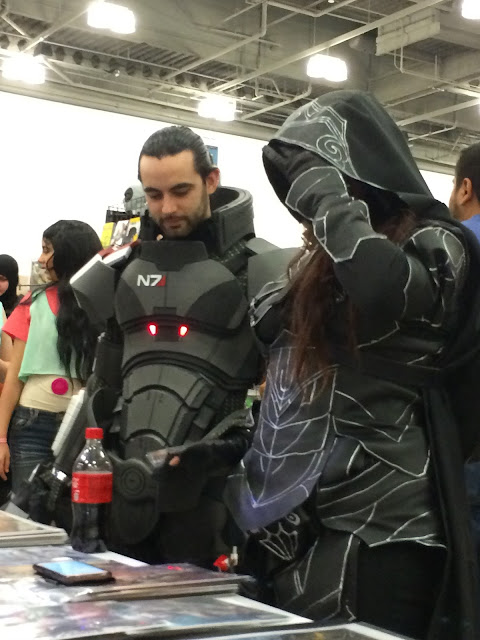 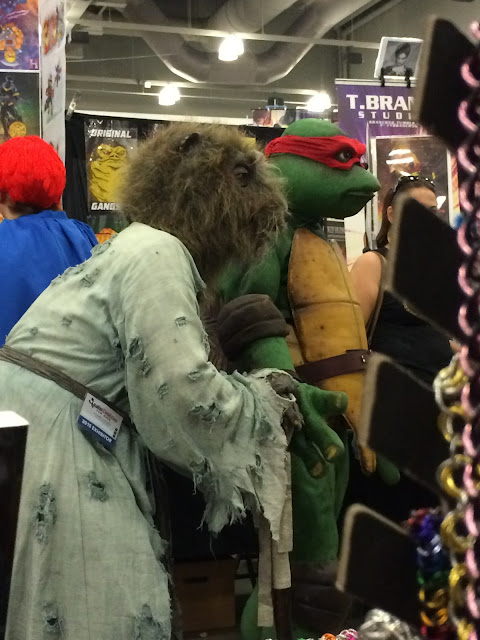 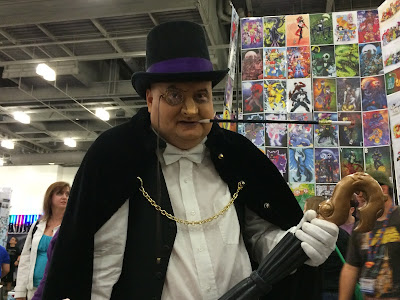 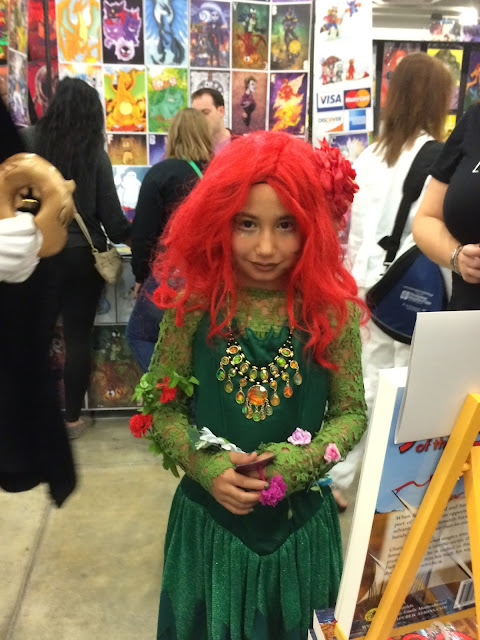 A young Poison Ivy was hanging around too. Her necklace is super cool! 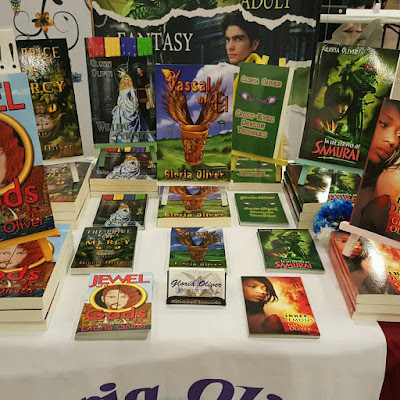 Pic my daughter sent me that Friday. She had my back while I was slaving at the day job. My bro came too, so he had her back. :)

Hope you have a great Wednesday!
Posted by Gloria Oliver at 7:26 AM