Running even later than normal today. Tropical Storm Bill has hit and Texas is getting pounded with water again. Flash floods are highly likely. Highways are a mess. Wheee! 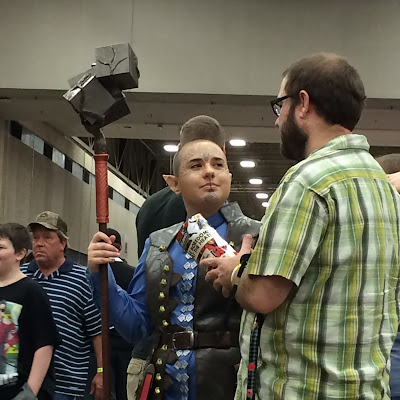 You'll have to look at the bigger size, but he has a super cool Tree of Life on his forehead and face. Nice! 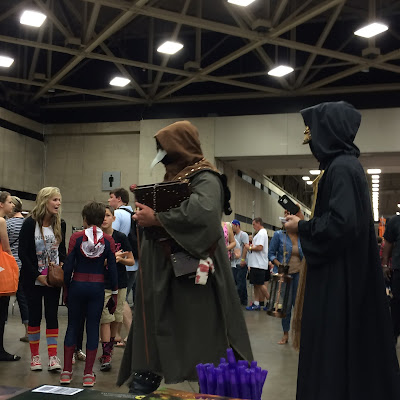 They can't be up to anything good. :P 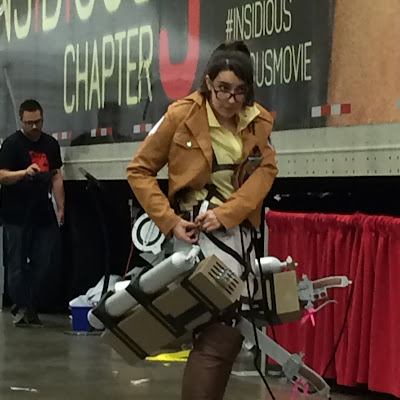 Though the equipment is the only thing giving humanity a fighting chance in Attack on Titan, they do require a lot of maintenance. :P 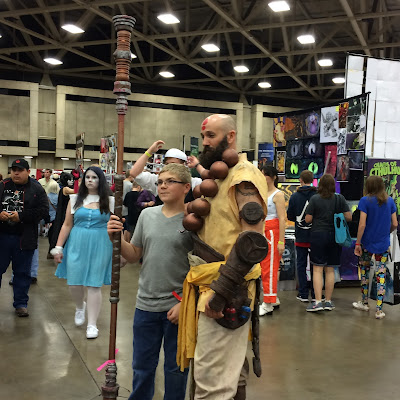 That staff is awesome! 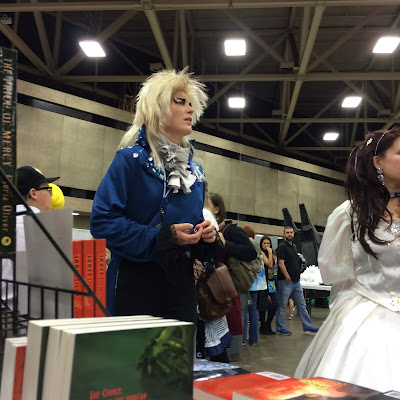 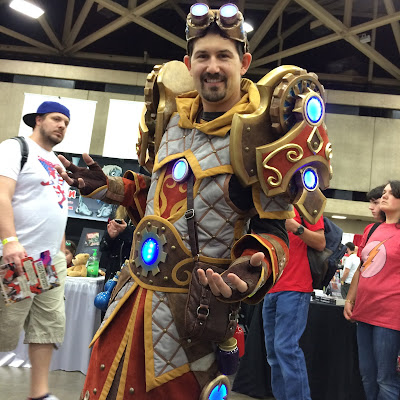 Lovely mix of anime and steampunk, no? 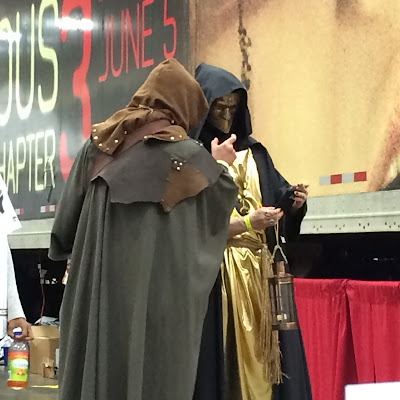 Told you they were up to no good! 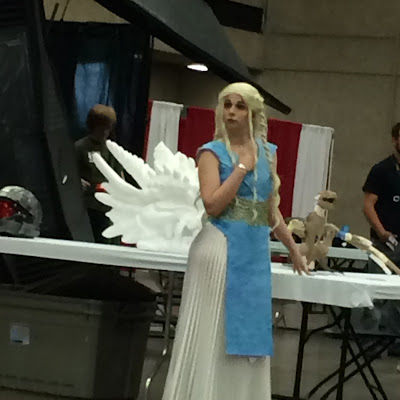 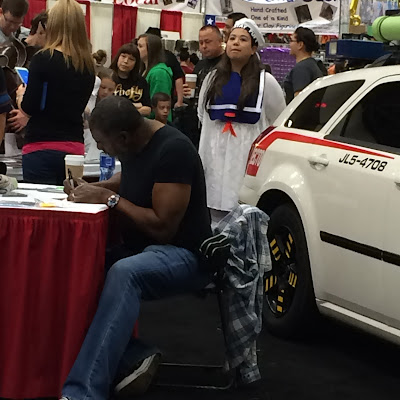 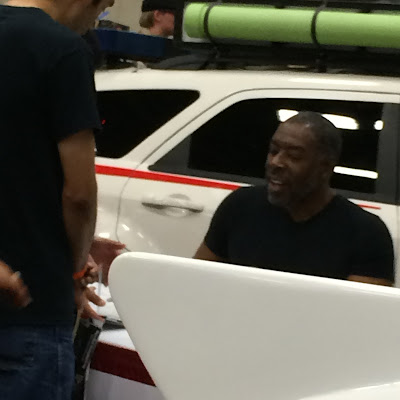 Yes, I took a few pics of him. Heh heh 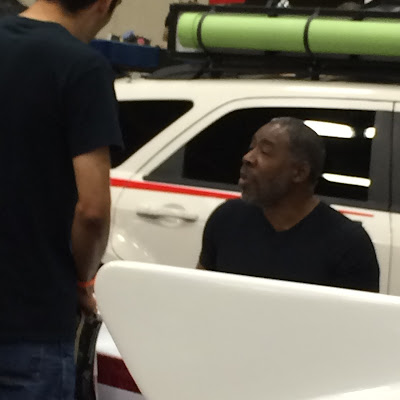 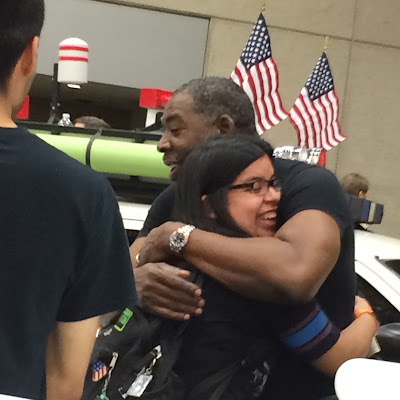 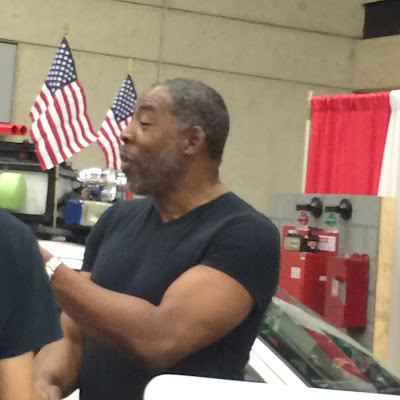 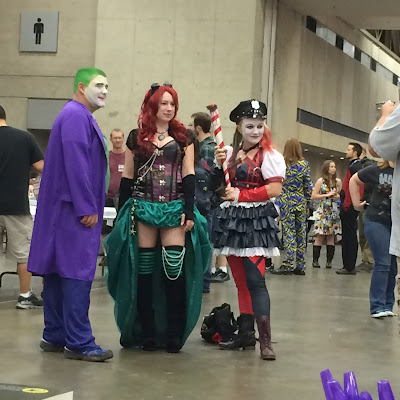 Ivy, Joker, and Harlequin all steampunked. :) 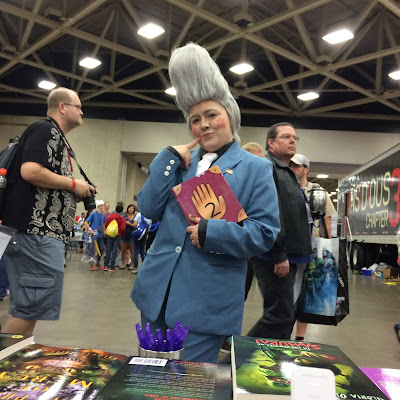 Little Gideon from Gravity Falls! She has him down. lol 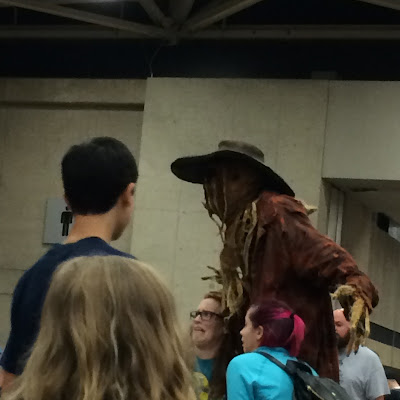 Cannot be a good thing. lol. 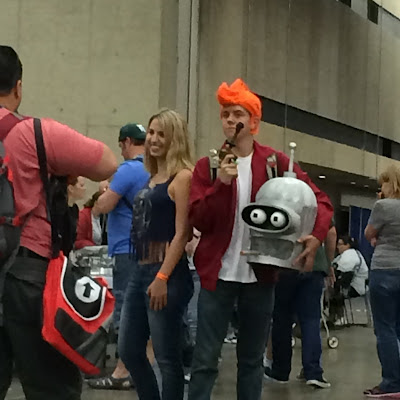 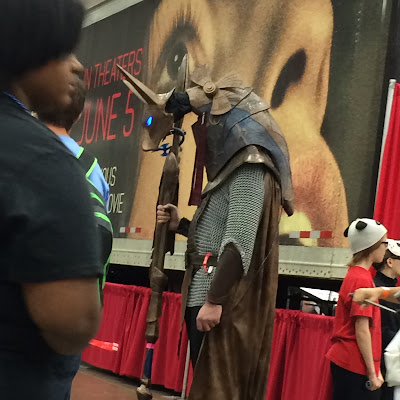 His Jaffa costume was rad! 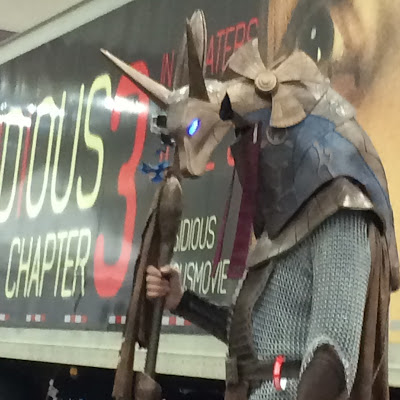 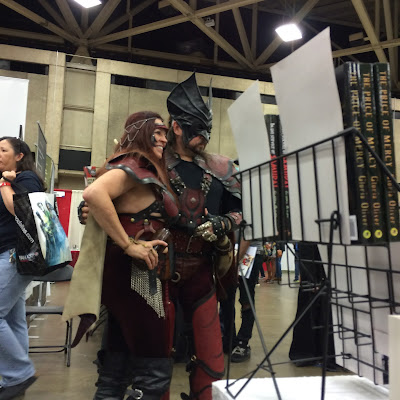 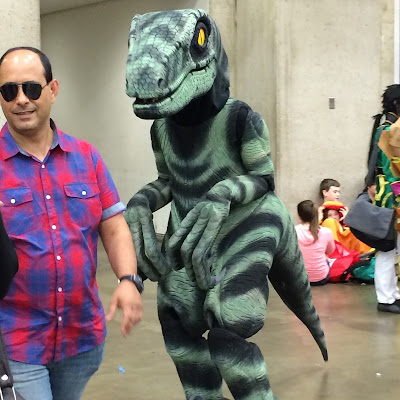 Veloci raptor! Right before the movie came out. Nice choice! 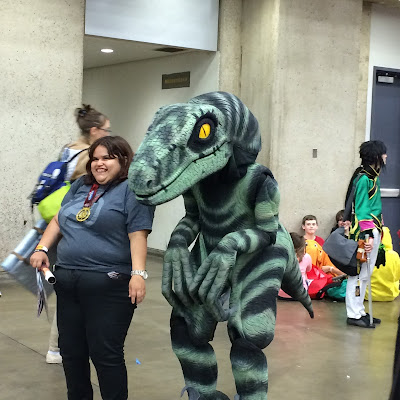 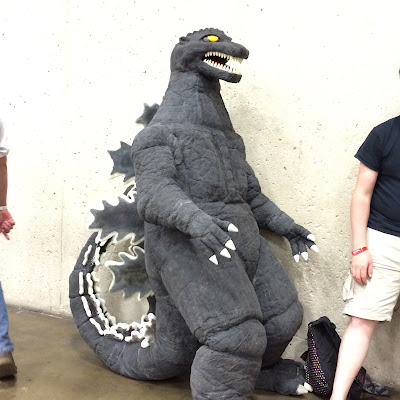 "Gojira!" aka Godzilla. He moved right after I took the pic. 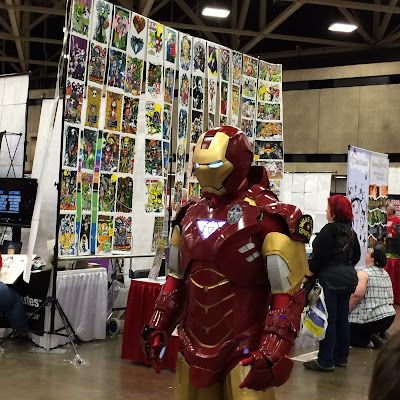 Stay dry ya'll!
Posted by Gloria Oliver at 7:42 AM