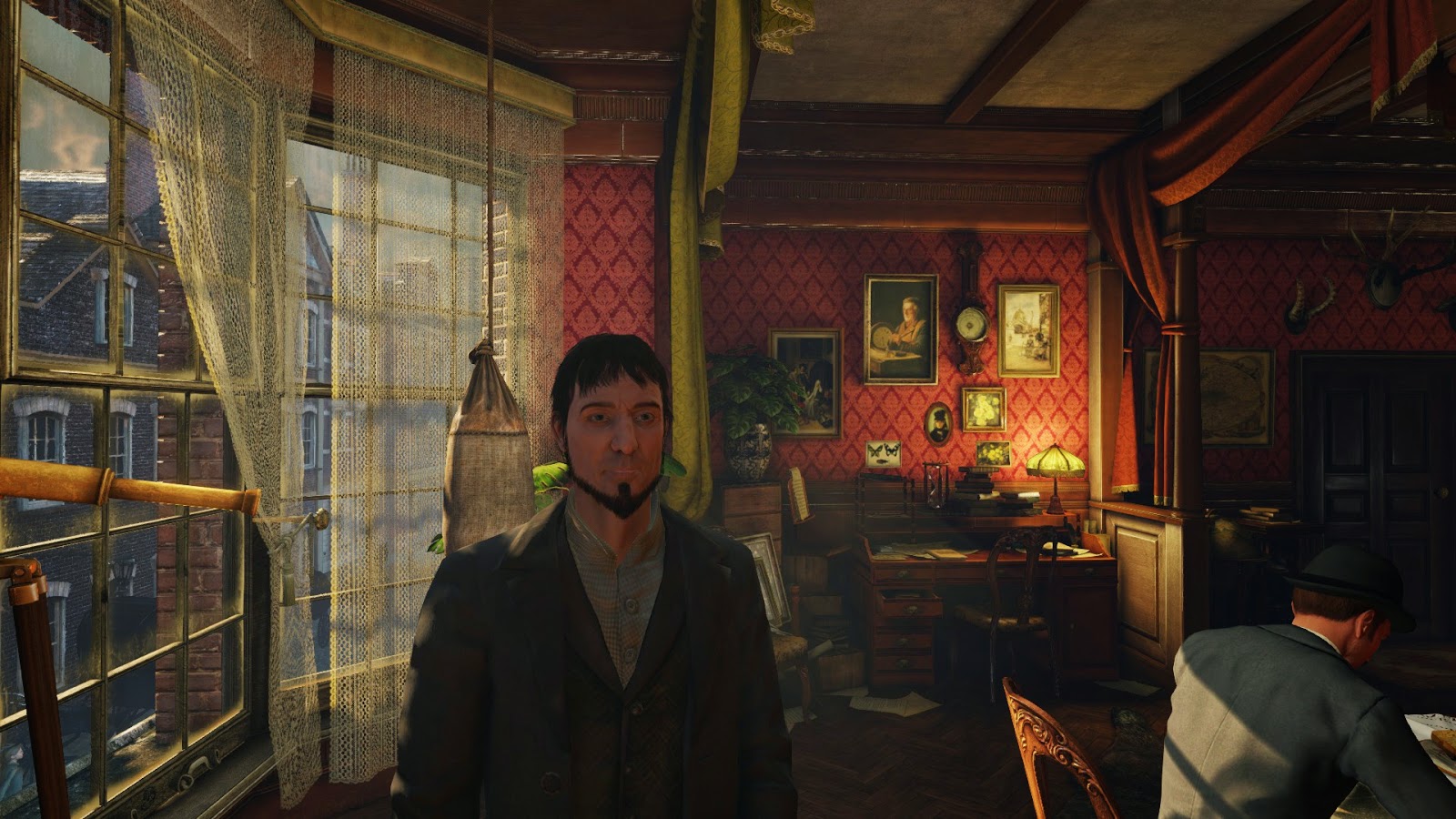 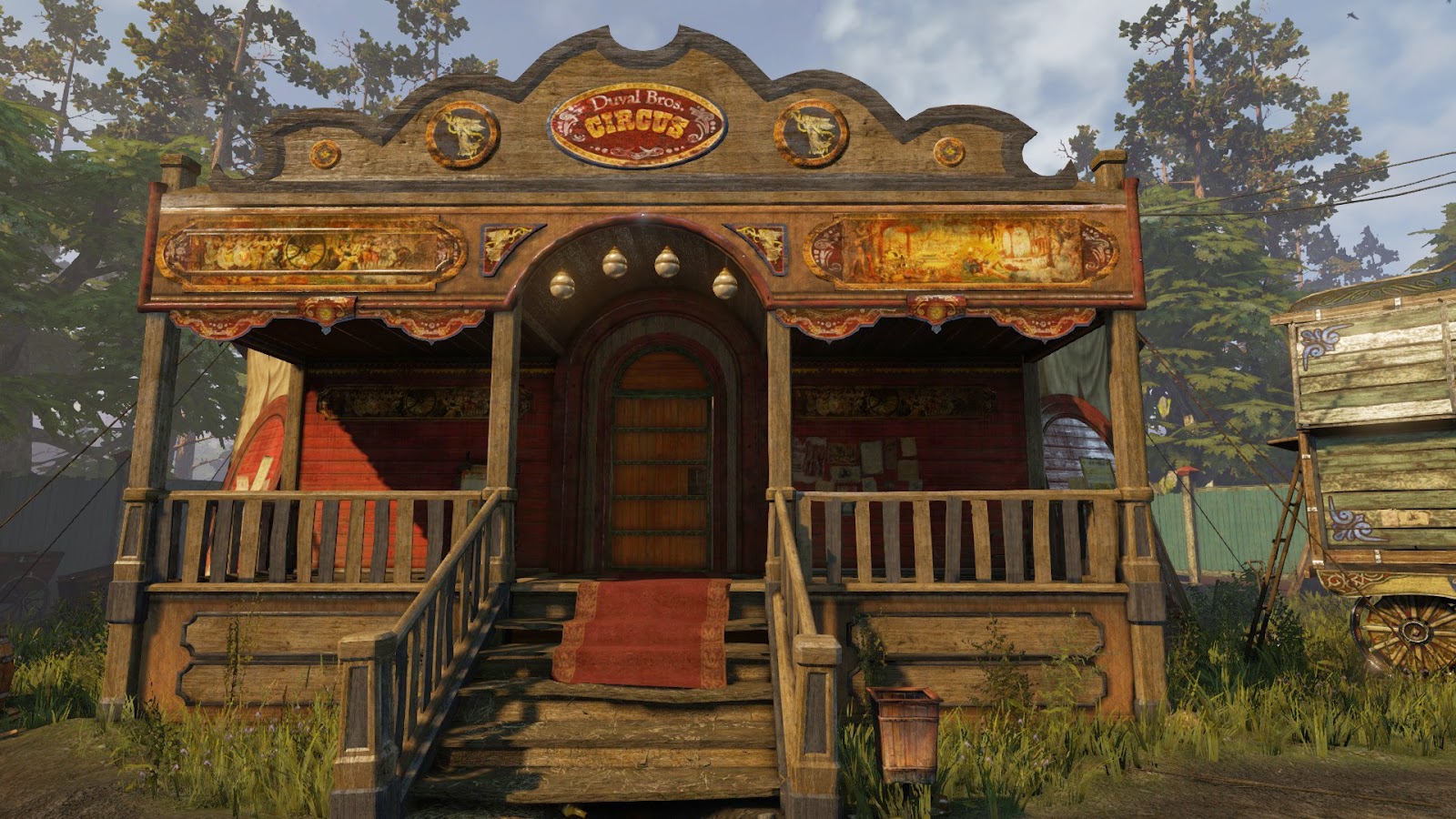 The circus's main building. I thought we were going to do a lot in this area, but... 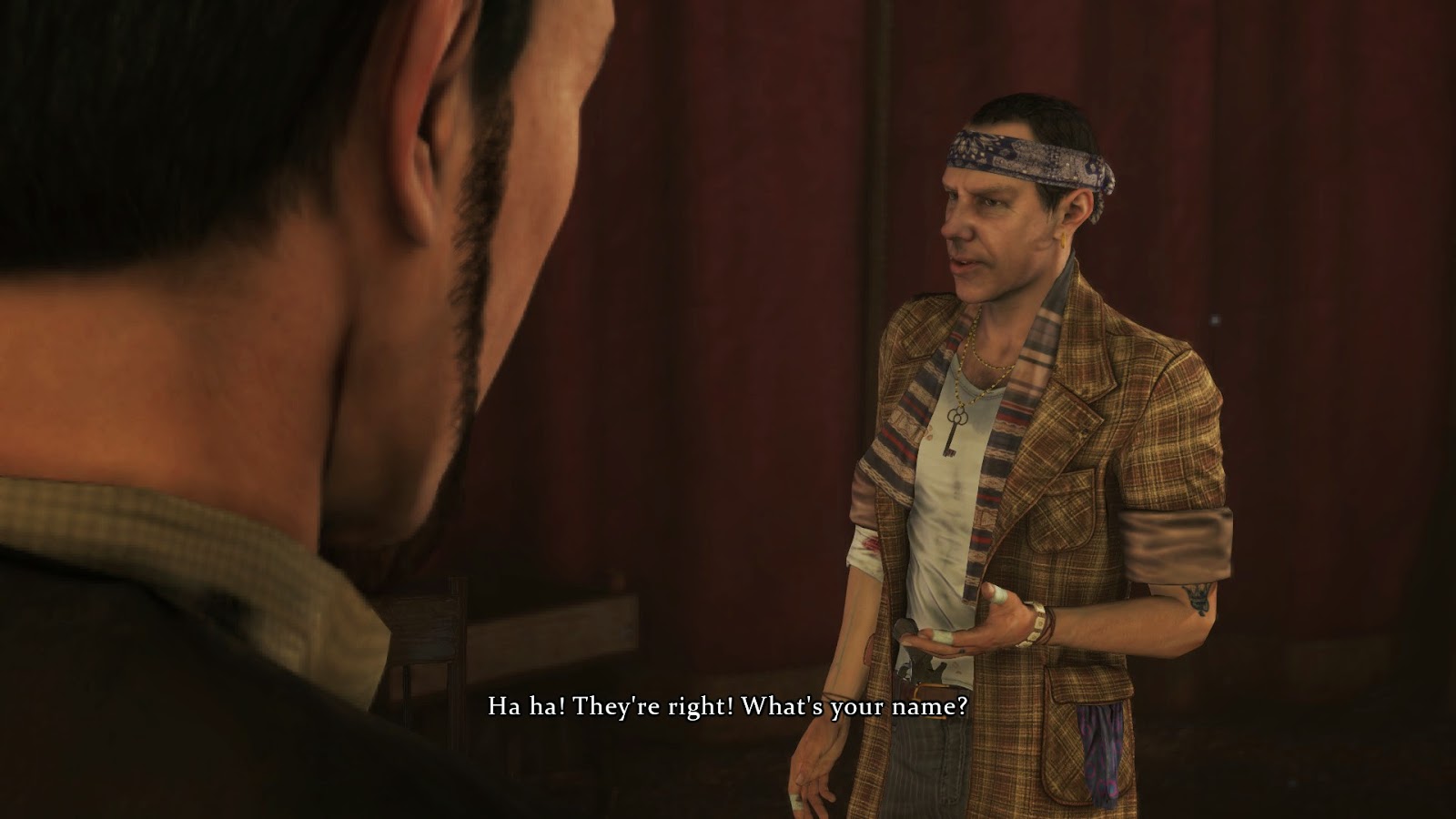 What some would call an opportunist. Heh heh 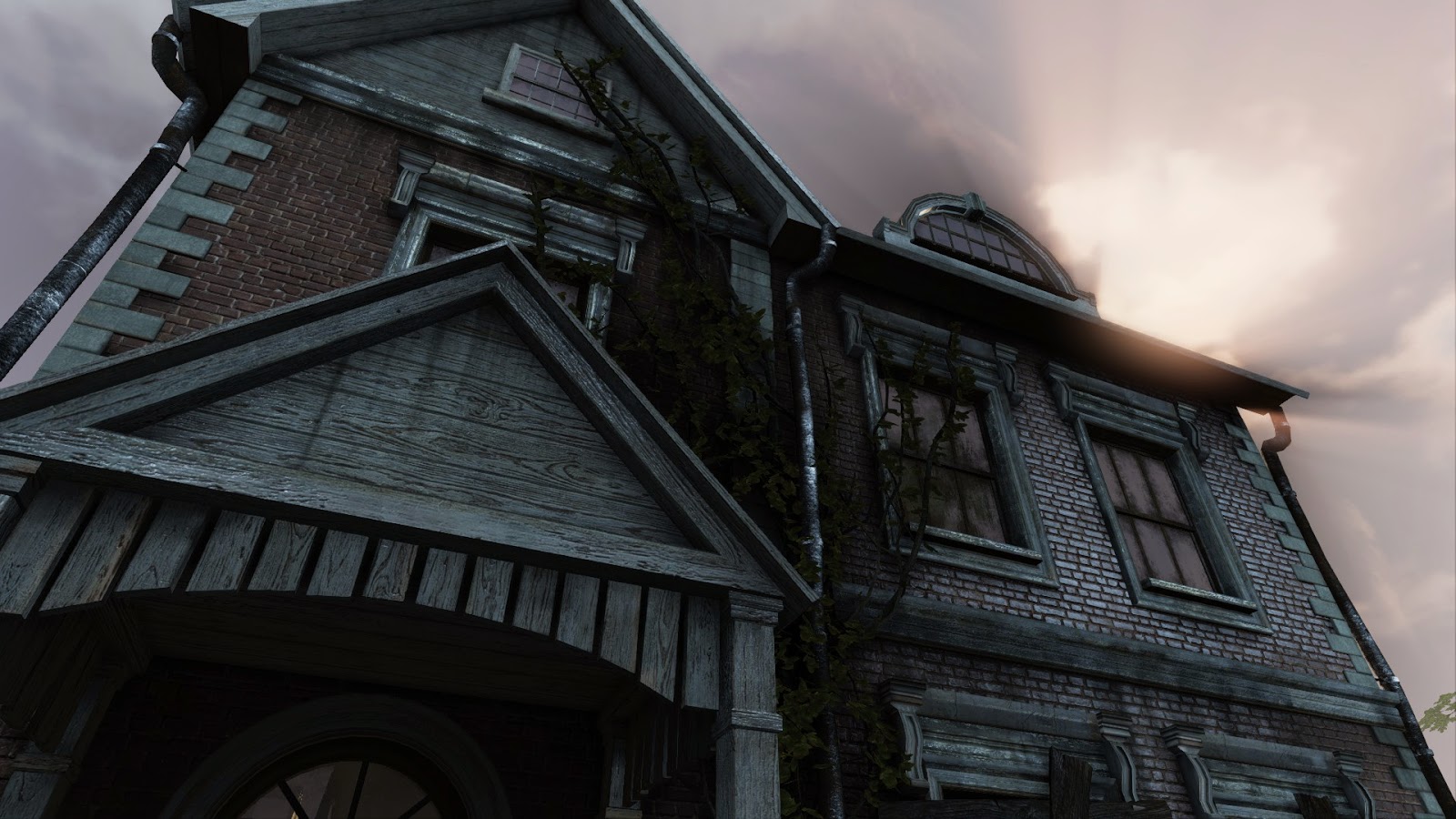 House where Sherlock's new chums plan to rob the last of the three pieces of jewelry. Sherlock has his own plans for the place. 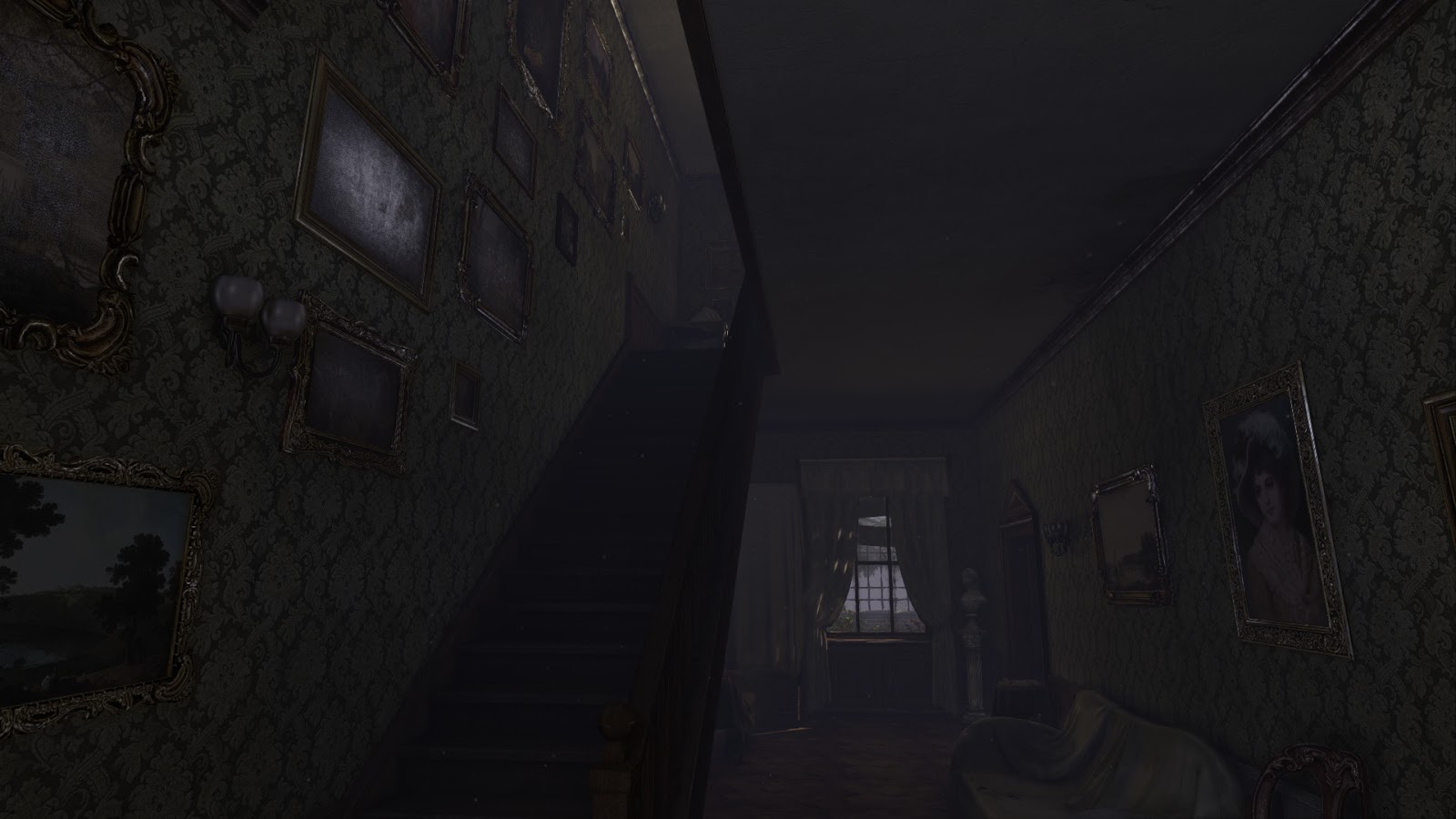 The place is in pretty good shape despite being boarded up. 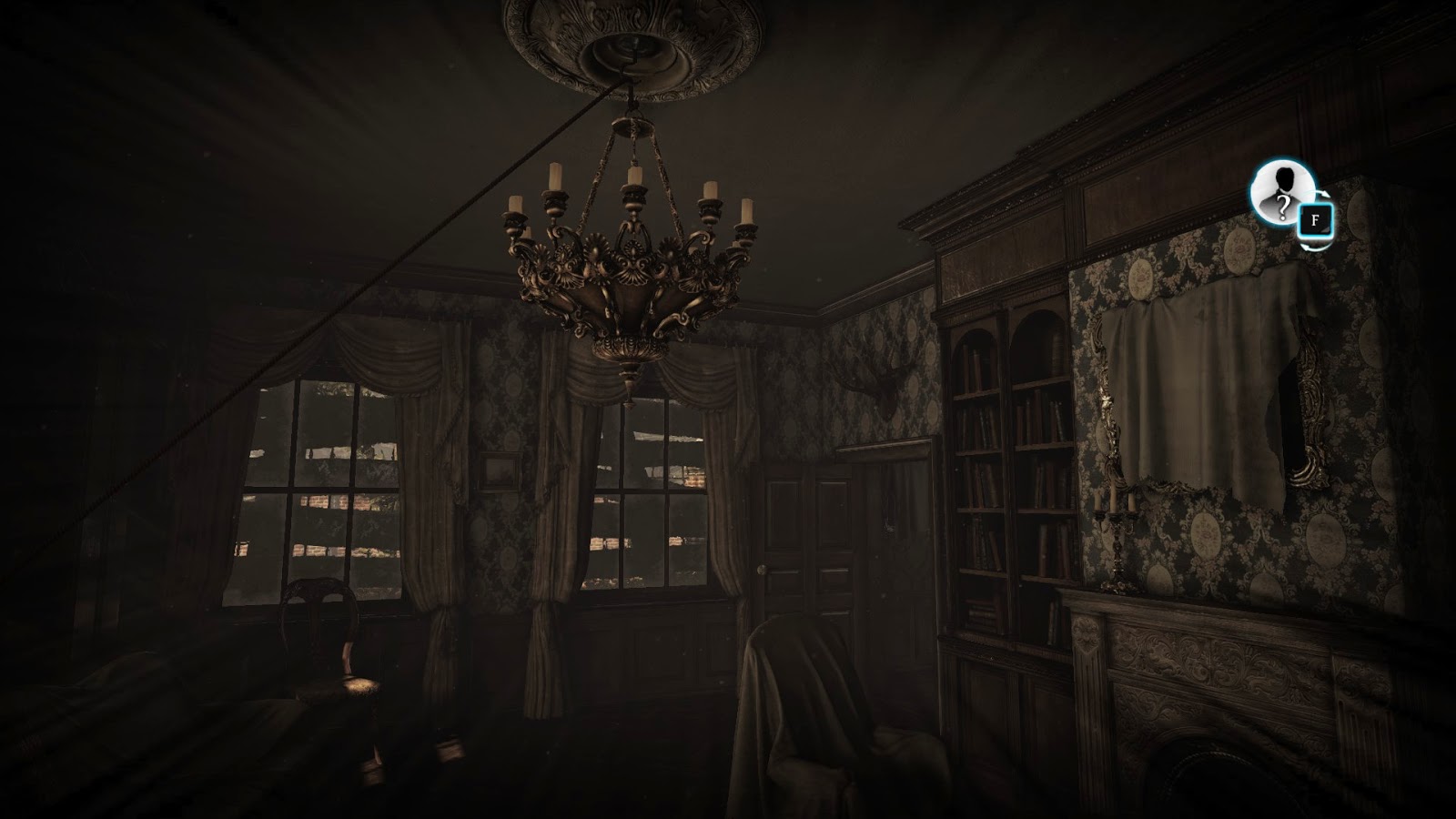 Using what presents itself to make some traps. Heh heh 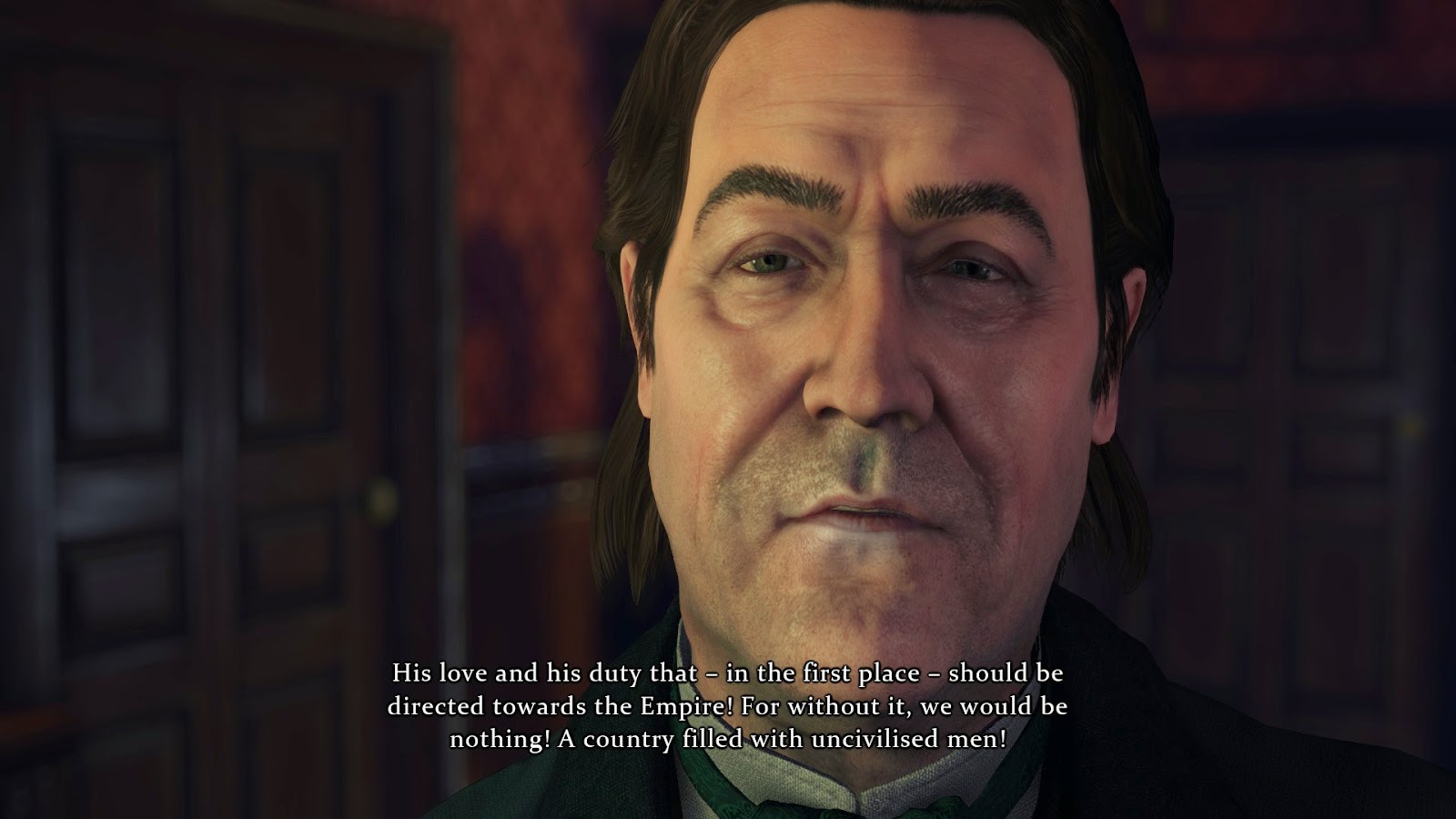 Mycroft and his views on the current matter. 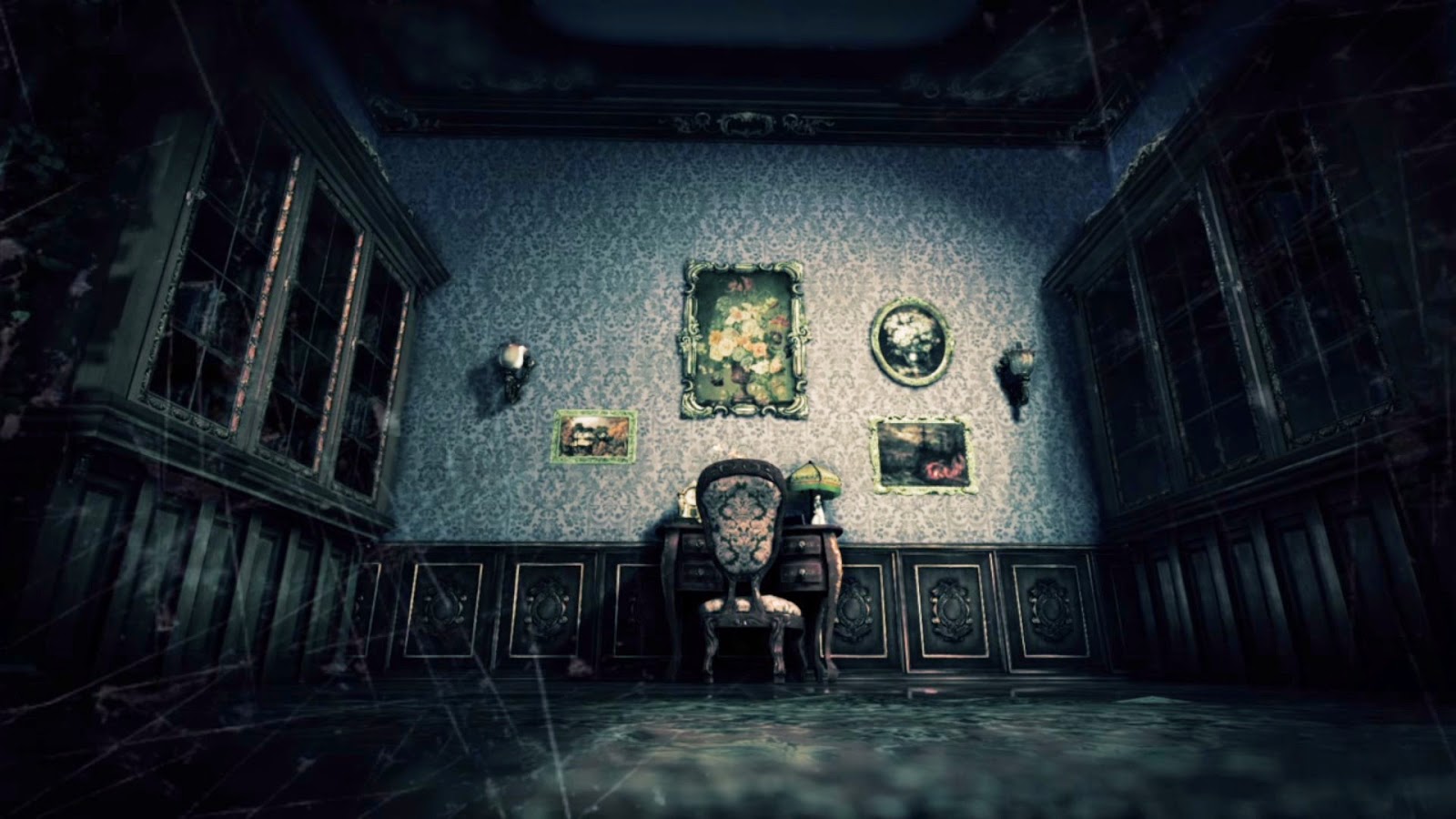 The game is done... Some cool visuals in the credits 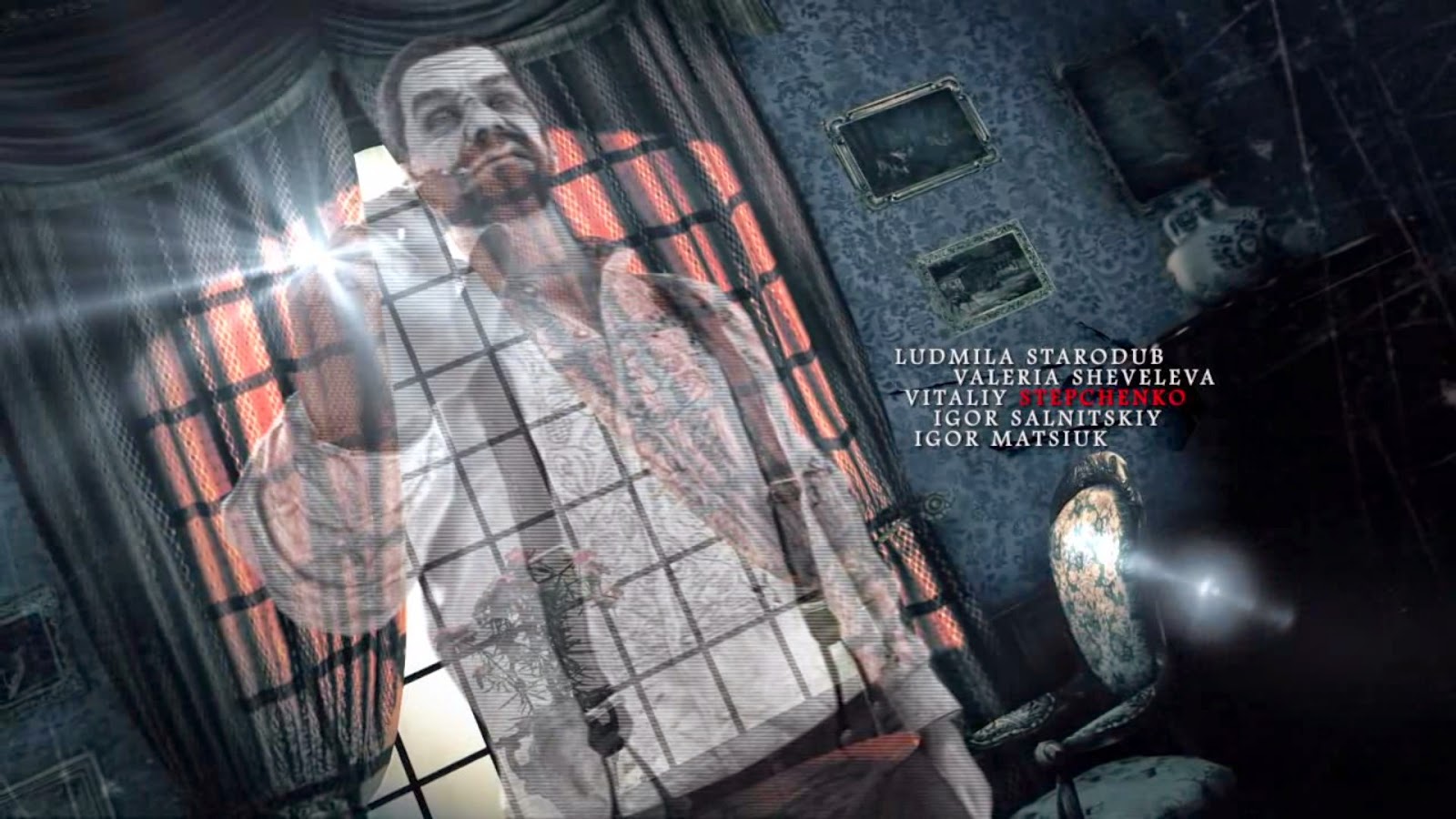 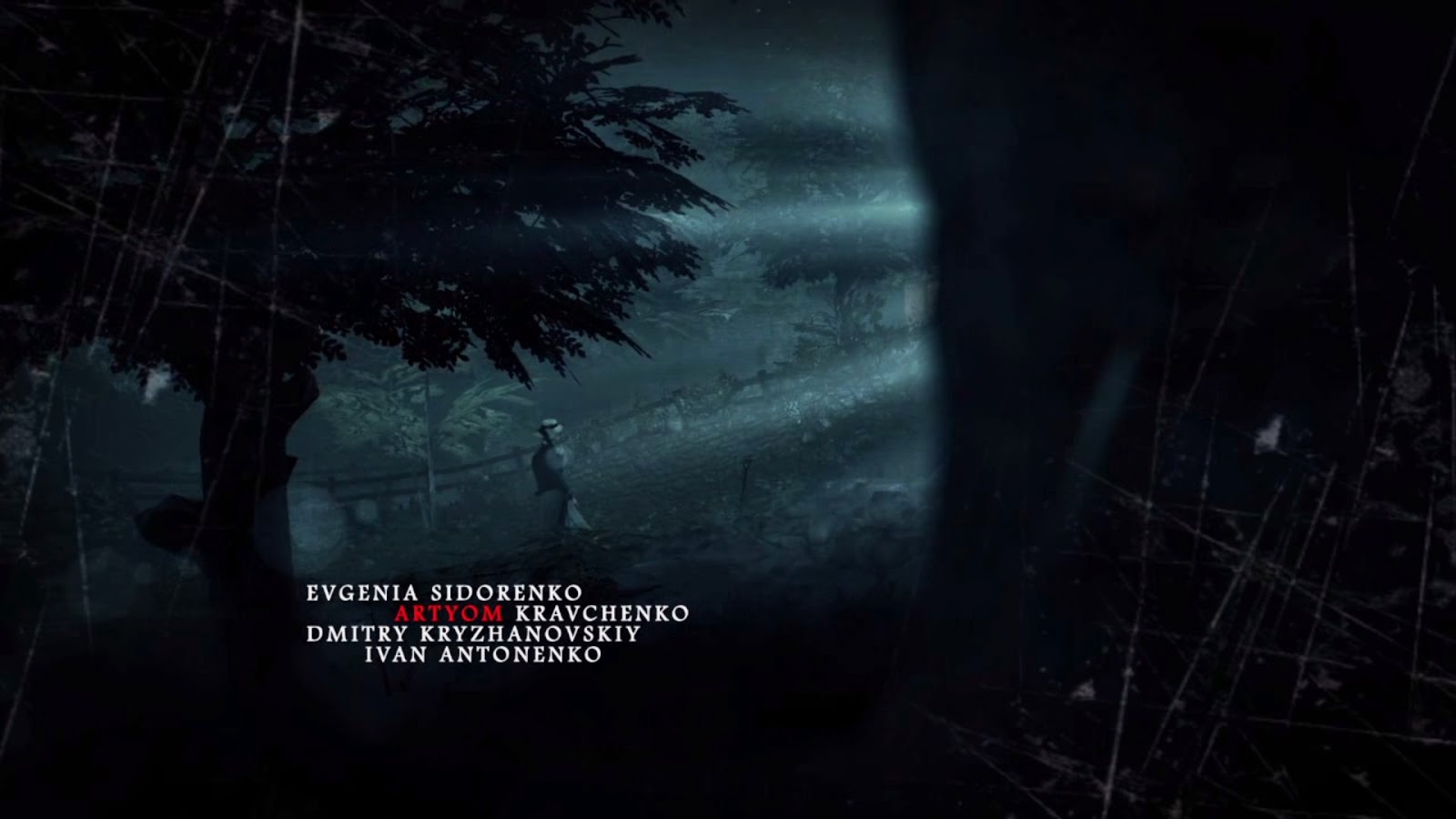 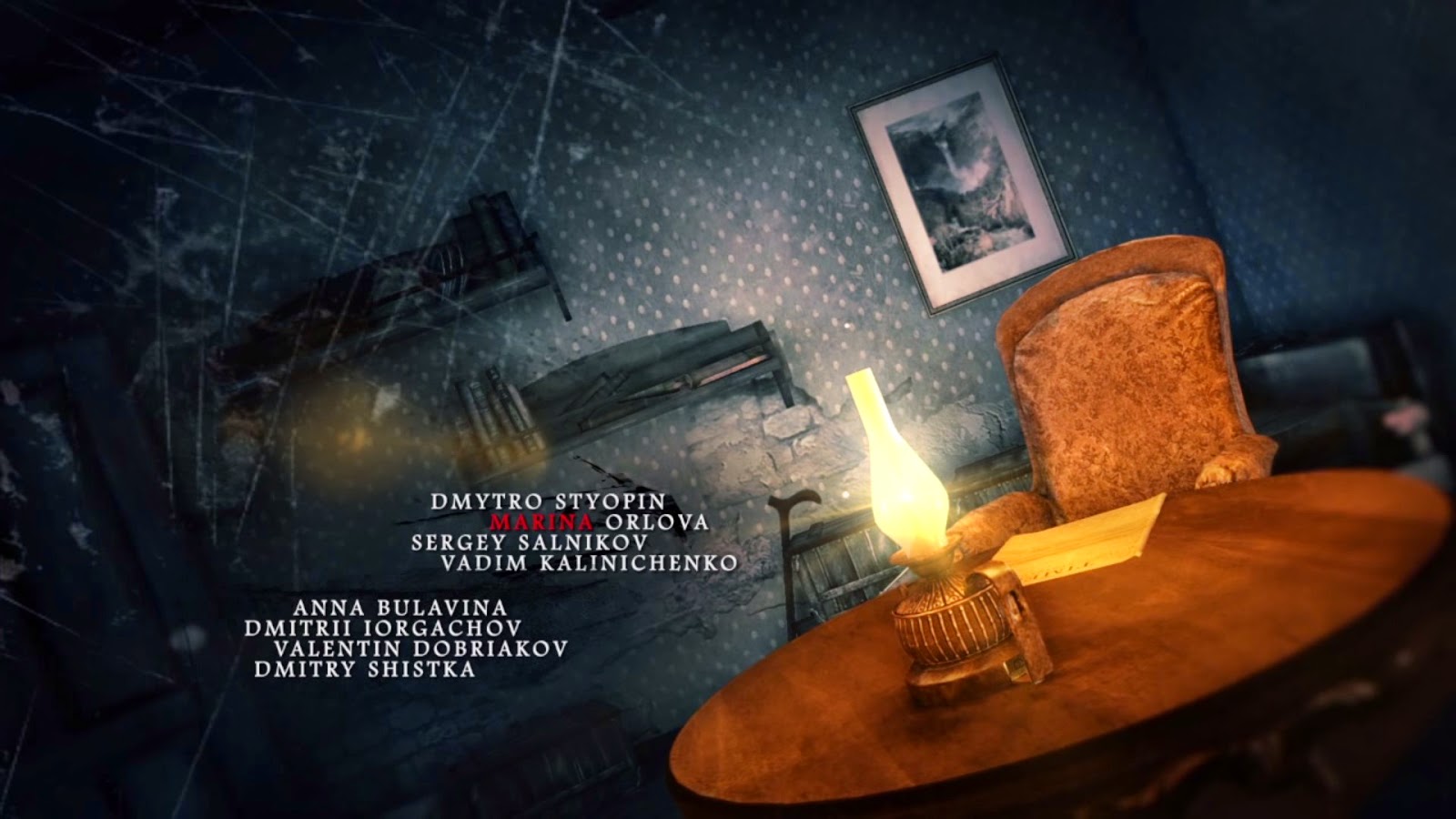 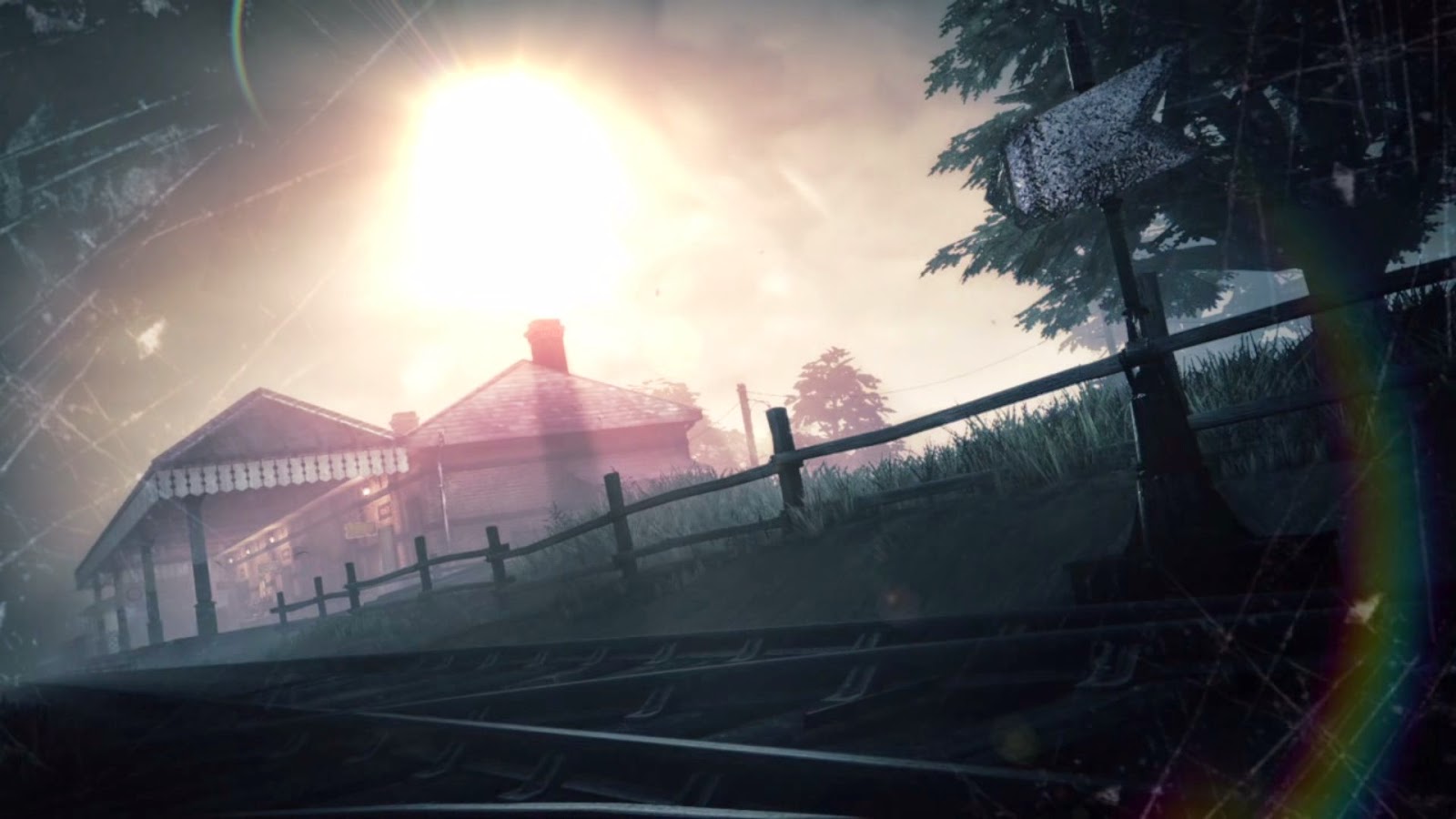 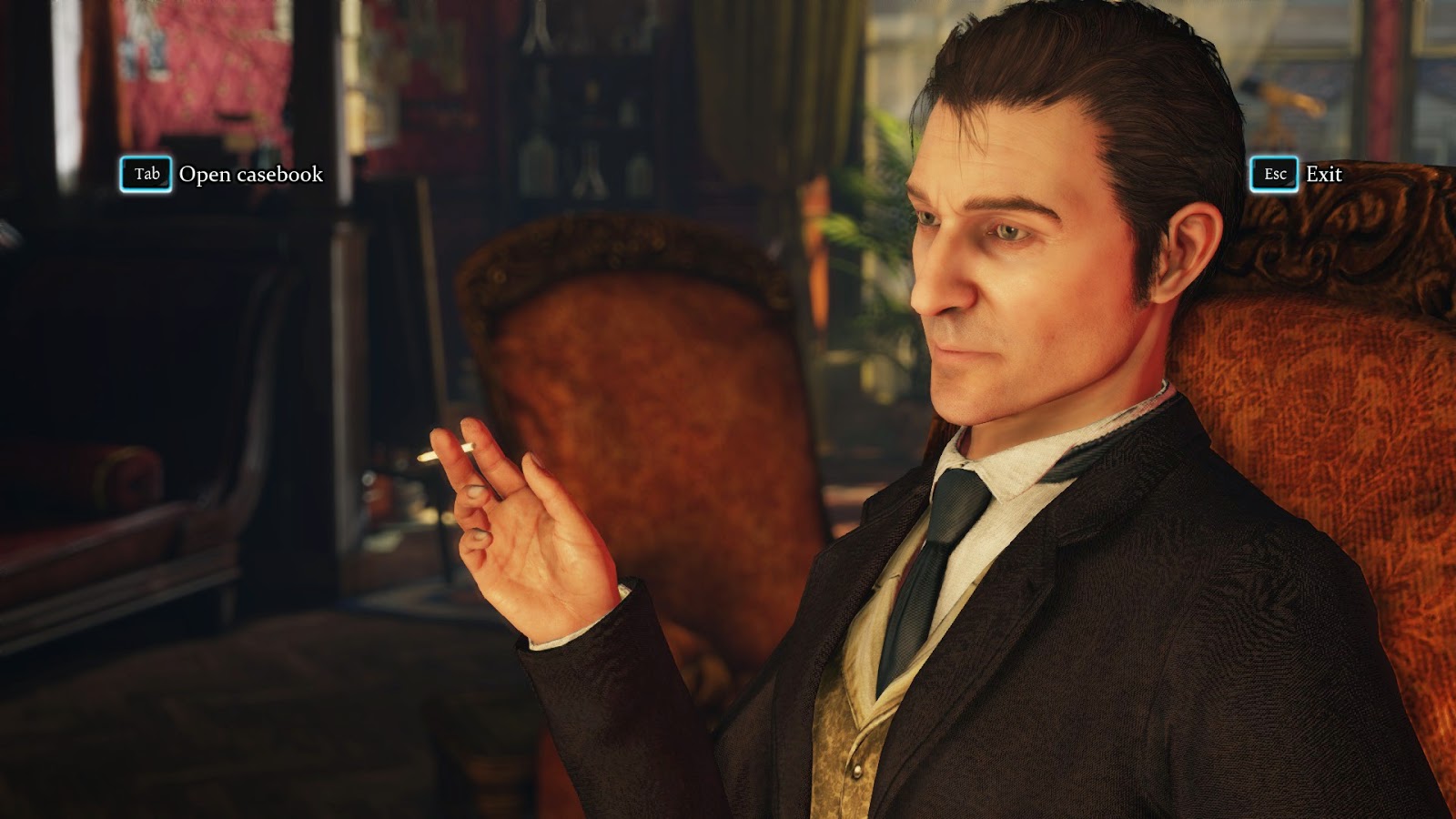 Sherlock pondering how he will entertain himself next! :P

I want to go back and get take the Roman pics! Now just need to find time to go do it! Wheee!
Posted by Gloria Oliver at 8:56 AM