Well, they finally moved Everquest Landmark from alpha to closed beta so the whole family has jumped in with Settler Packs! Cool and different concept as you can create structures, change the terrain in your claim, and more. Think of Mine Craft but with more control though your creations will be contain in your own space (No road building for me! Wahhhh!) 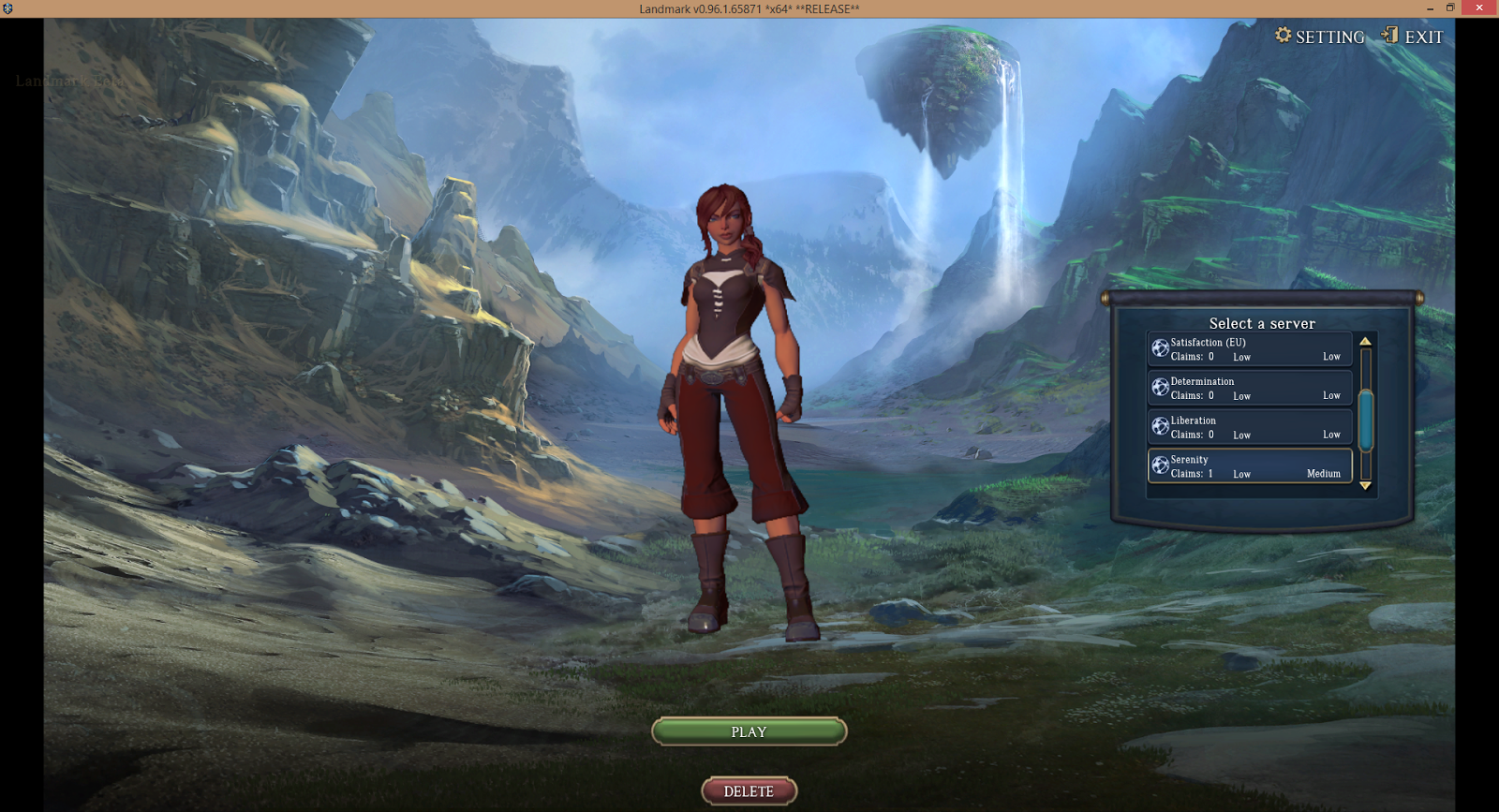 This is me! Right now only humans are available. This is the Lowlands (Tier 1) area. Materials are rated from Tier 1 to 4. Map of the area. The cubes areas means someone has laid a claim. Blue ones allow visitors, orange not so much. The other bits are resources. You cannot dig resources out of your claim area. Nice way to keep people from hogging resources by claiming them. :) Just inside a friendly claimed area. At the top of the screen you see what they've named it and a greeting message. I believe we'll be able to "like" claims we like. View down from one of the mountains. Dessert on the right, snow covered on the left. 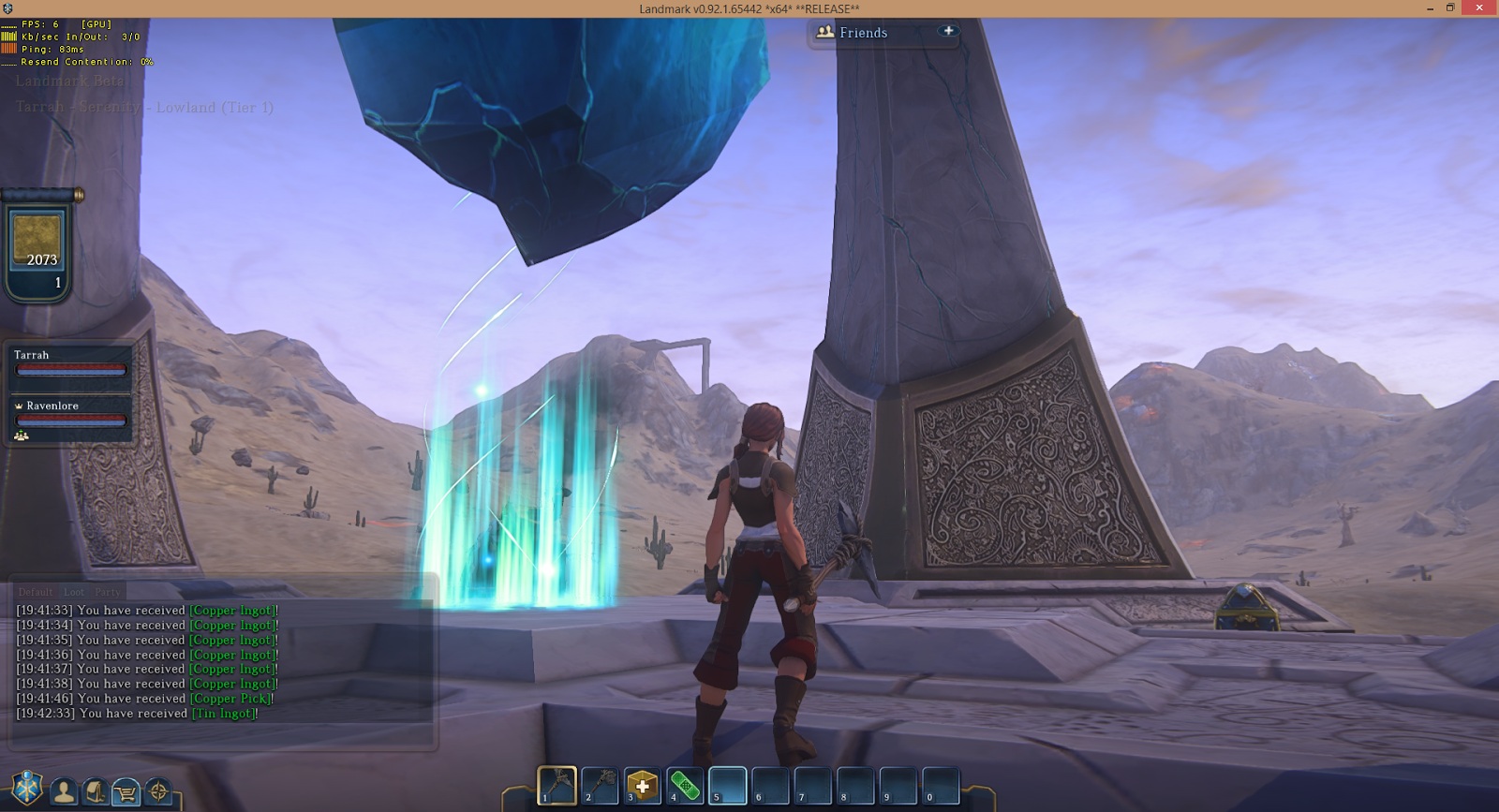 Each zone has a spire. The floating rock is used to teleport to other zones. It also has a mailbox, forge, woodworking station, and a chest for retrieving founder items. LOVE the scrollwork on the pilons. Me with my ax near a mineral deposit. 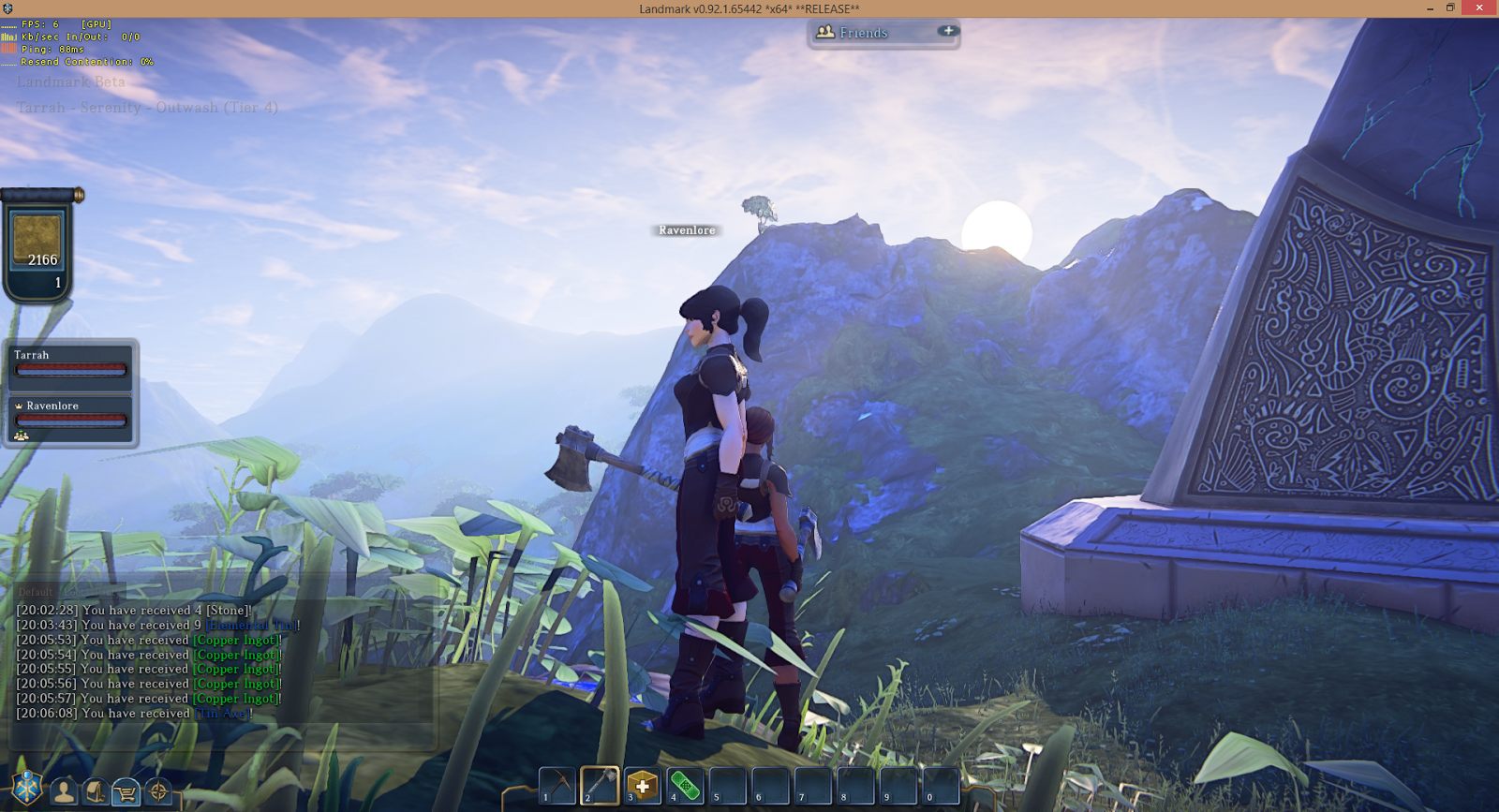 Look at that sun! Hubby is the one with the ponytail. Zone we all plain to put our claims. Grassy with jungle. Near what will eventually be a coast. 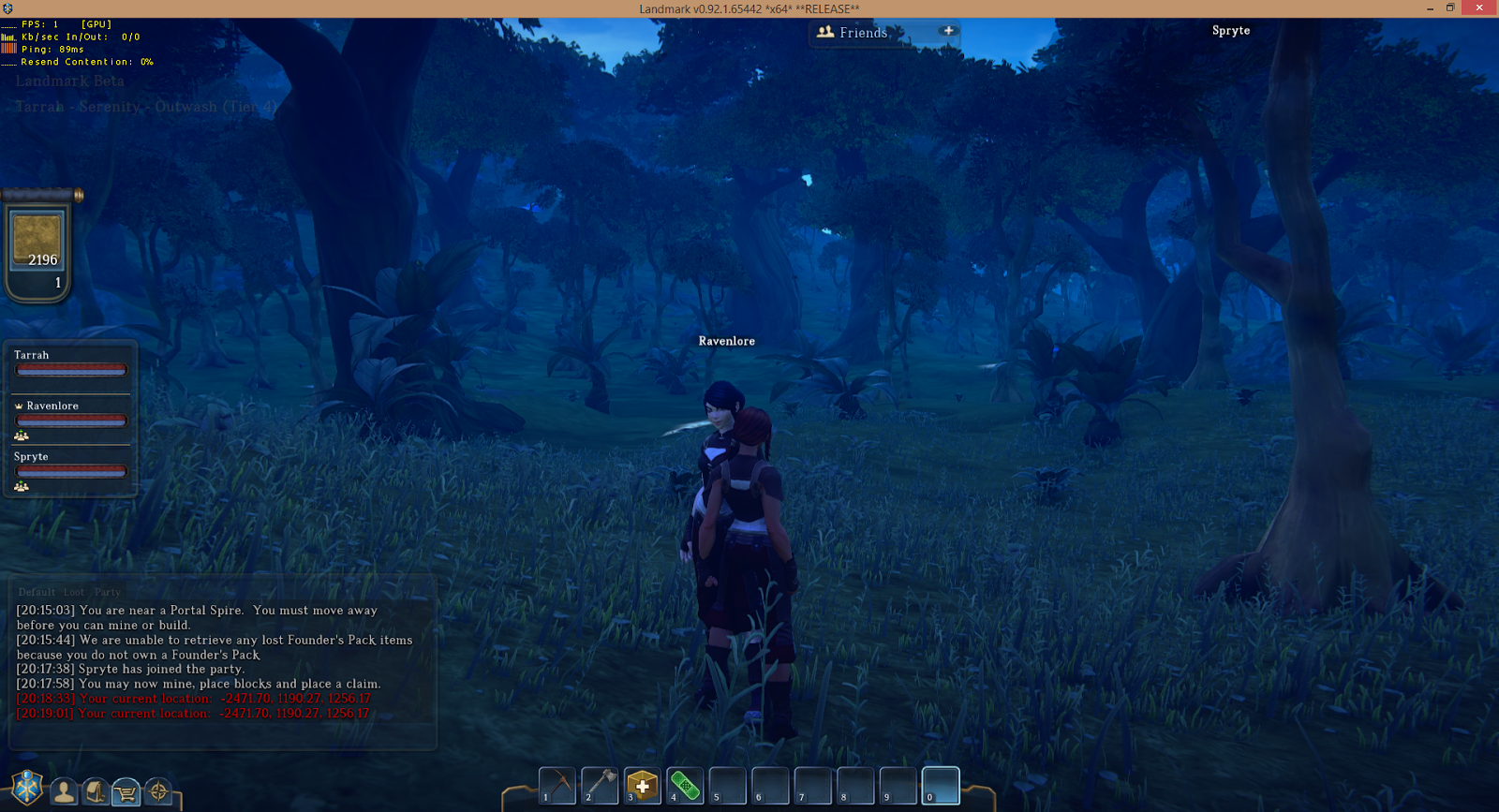 Light changes as days move, but it doesn't get terribly dark. Map of the zone we picked. Already getting claimed like mad. (You can see all the orange flags). We're settling the southwest corner. 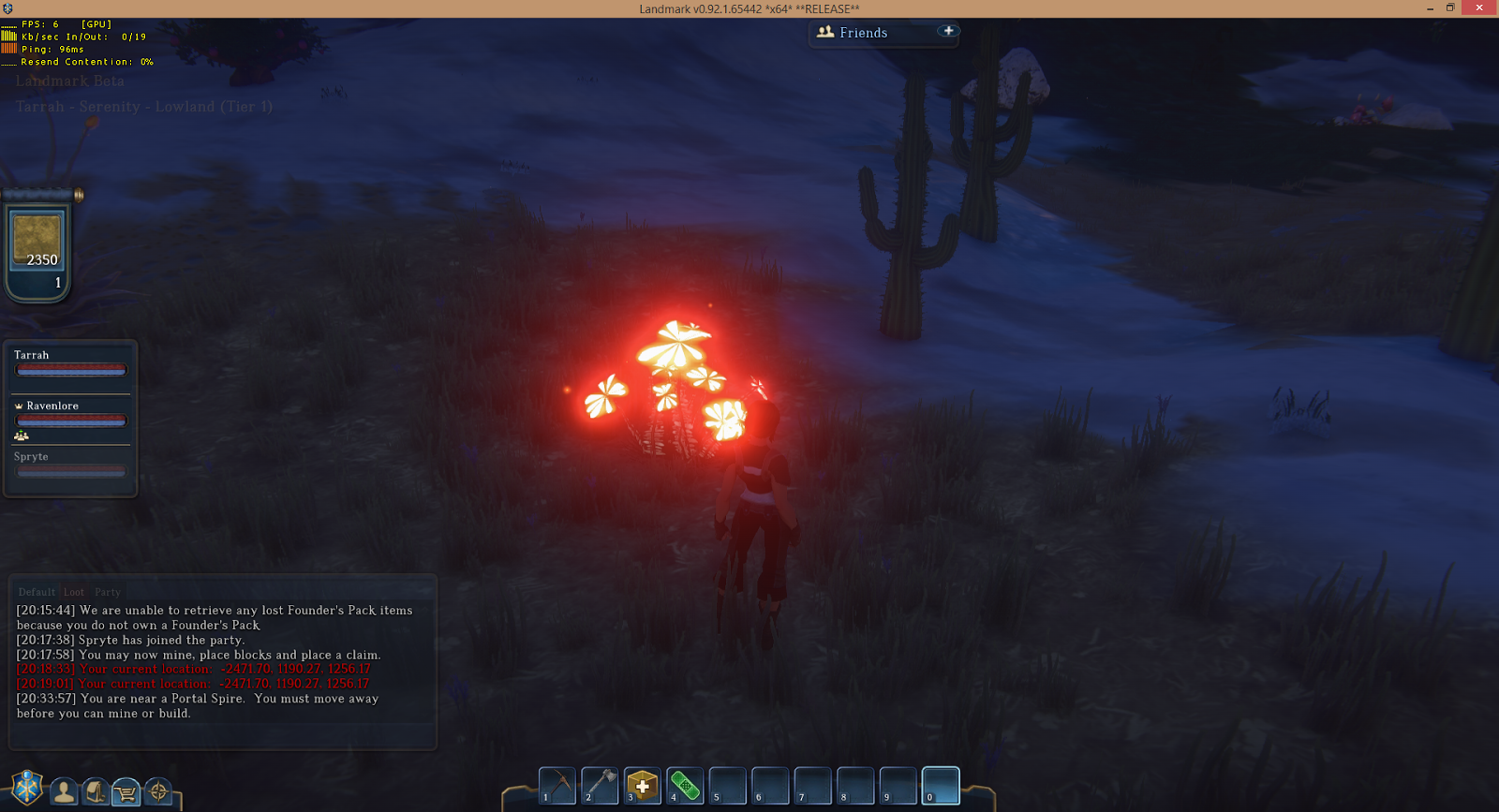 I want to decorate with these flowers so bad right now. They are awesome! Standing outside my claim. Love the gold border that lets you know it's yours. You pay upkeep to keep it going. Can attach more land. But need to improve my tools and get the ones to actually create buildings.


The potential on this is big. Hope I can scrape the time to make something. Don't expect much though! :)
Posted by Gloria Oliver at 8:00 AM