This past weekend was AllCon. Some cool costumes and other stuff going about, though for some reason we didn't see as much of it walk by as one would expect. Huh 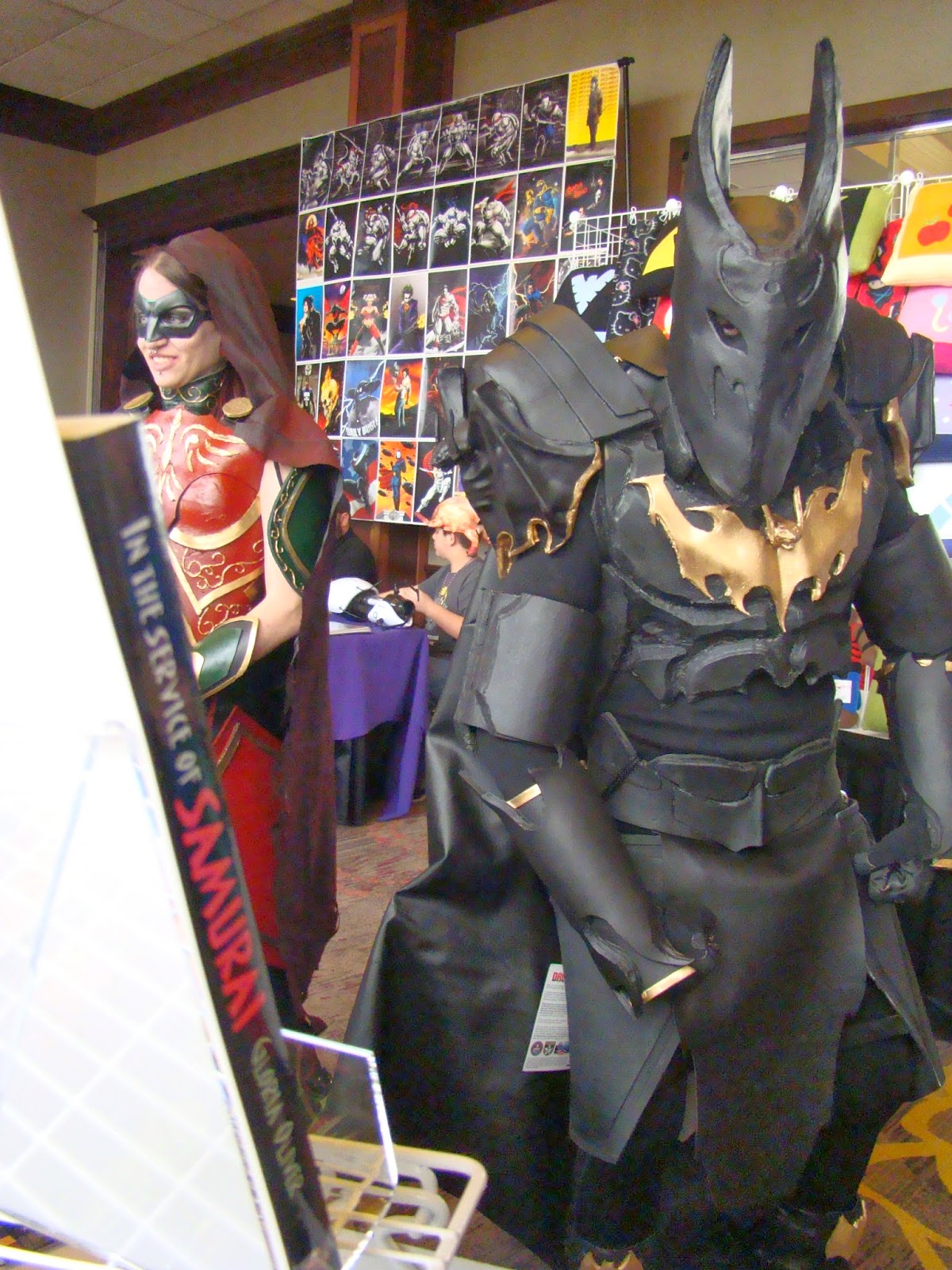 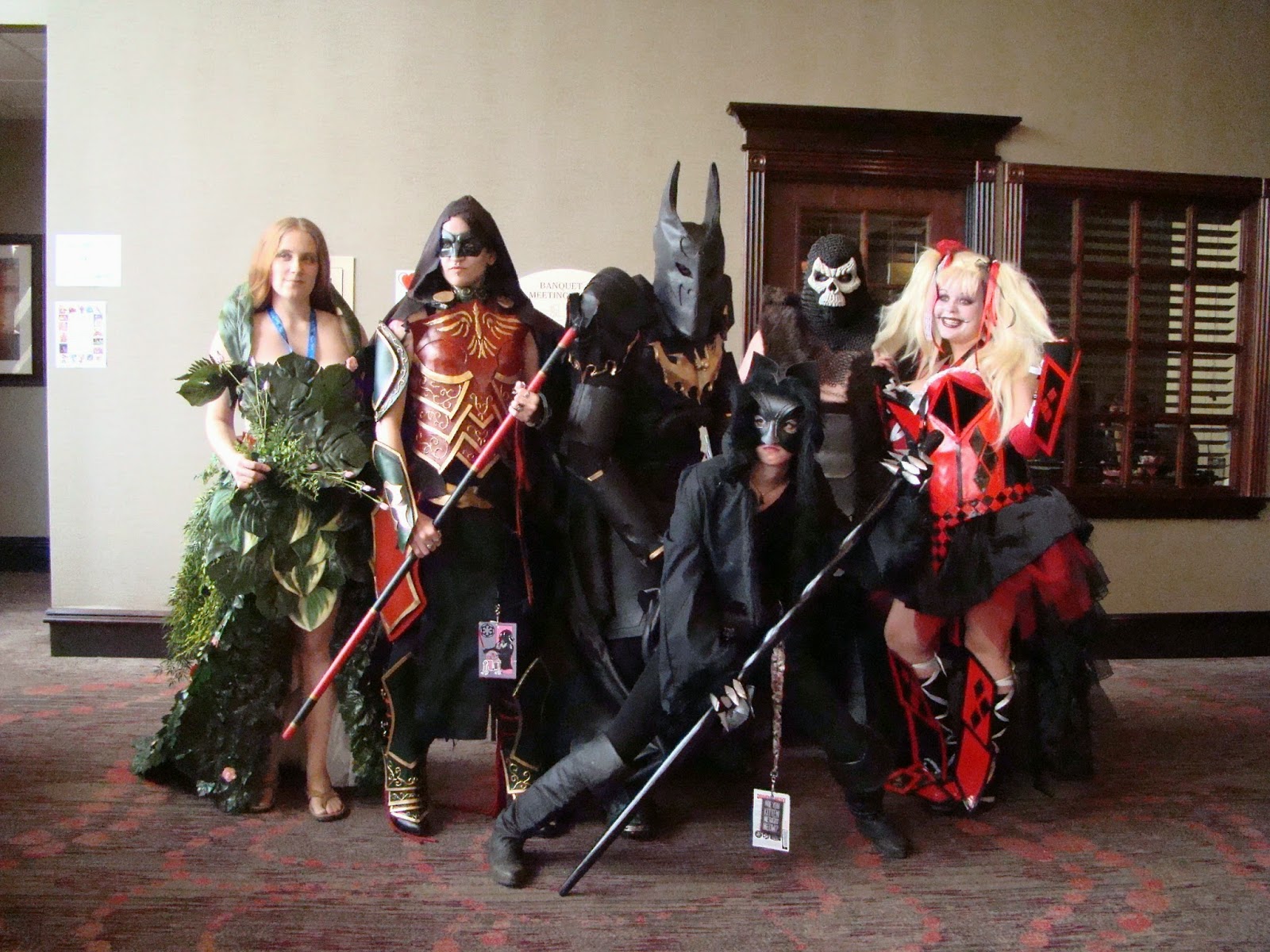 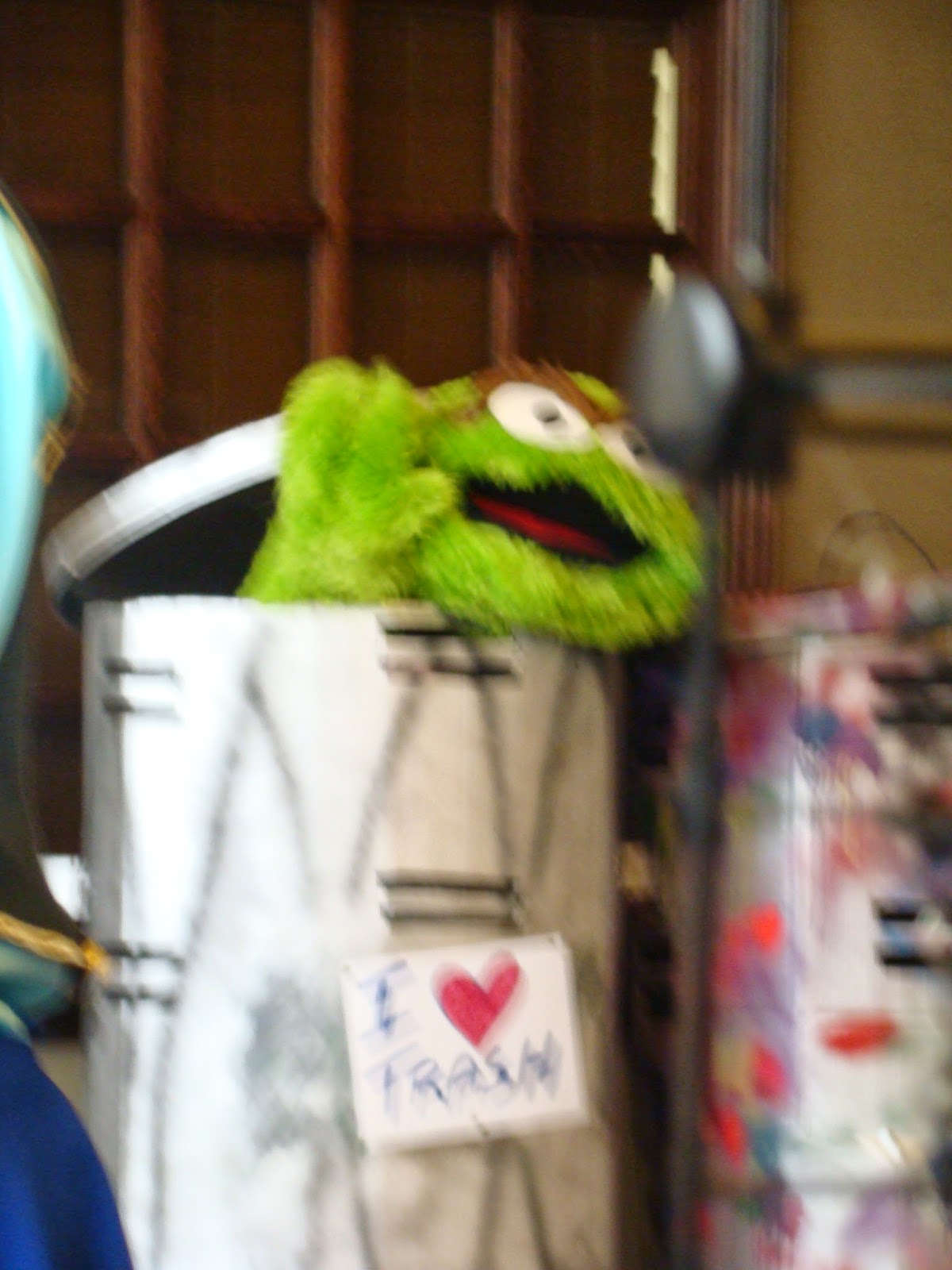 Grover and his girlfriend and their trashcans. He would pop out here and there. so Cute! 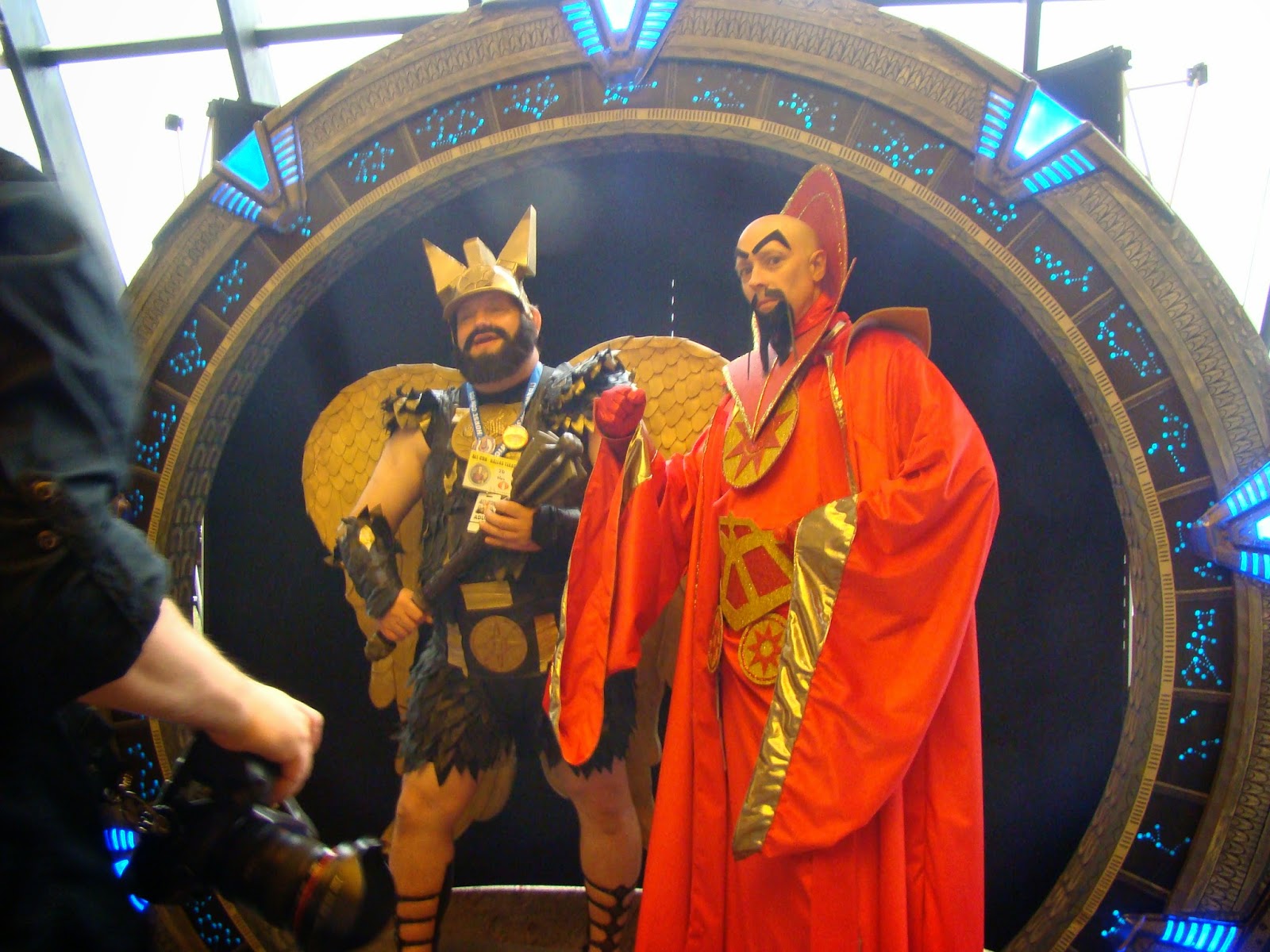 What a fearsome and disturbing sight! Can you imagine Ming The Merciless with the power of a Star Gate? Heh heh 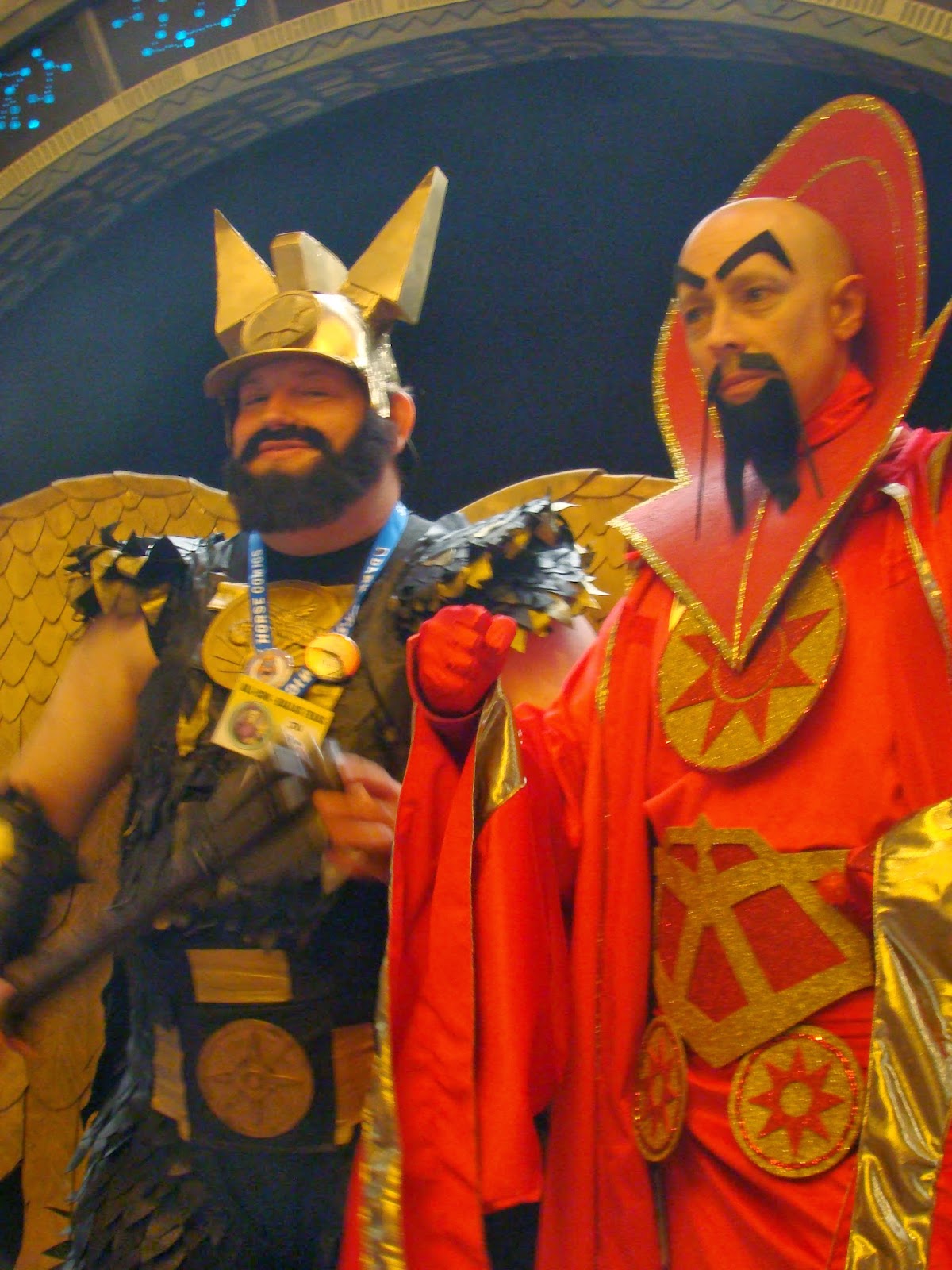 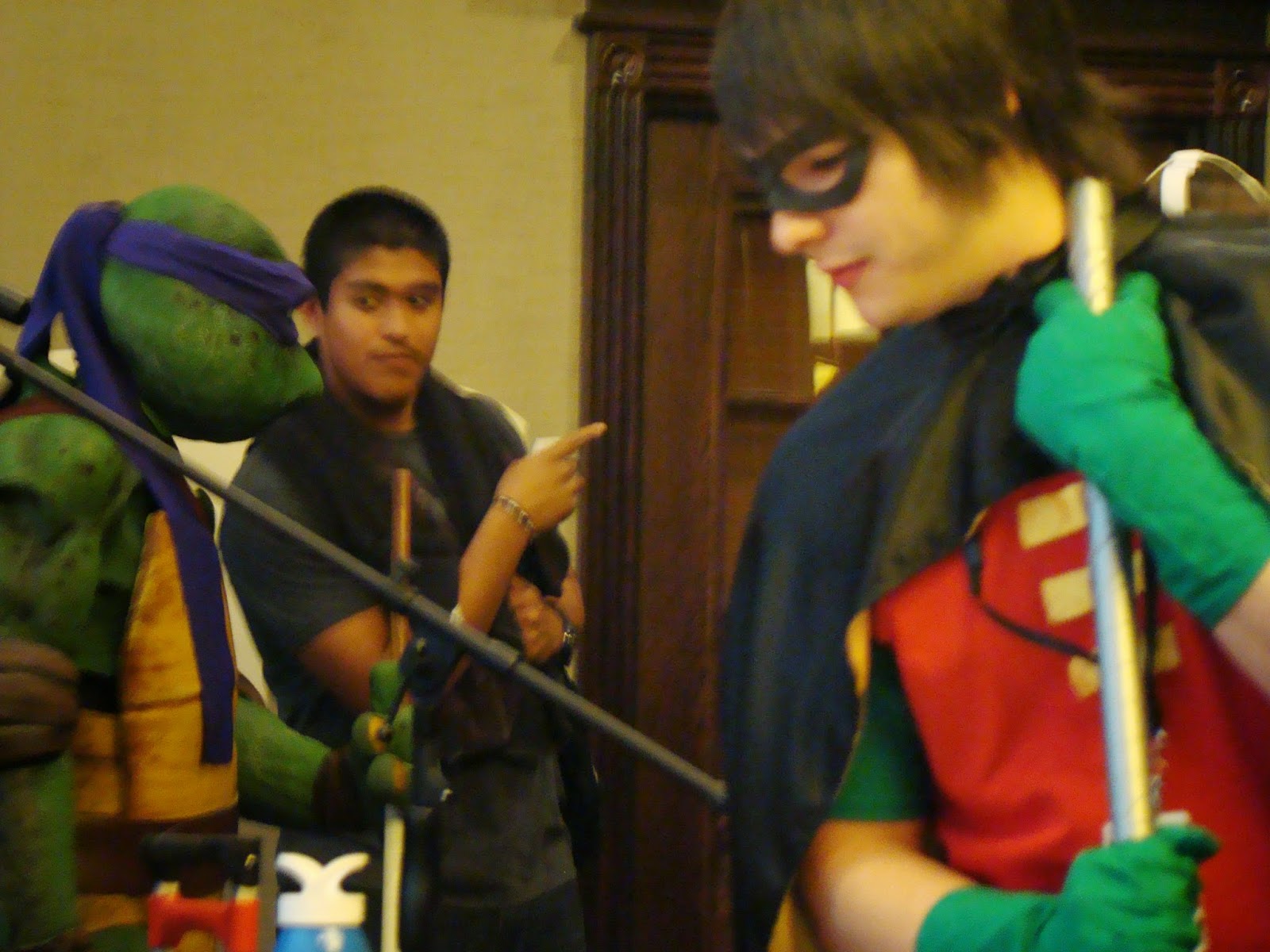 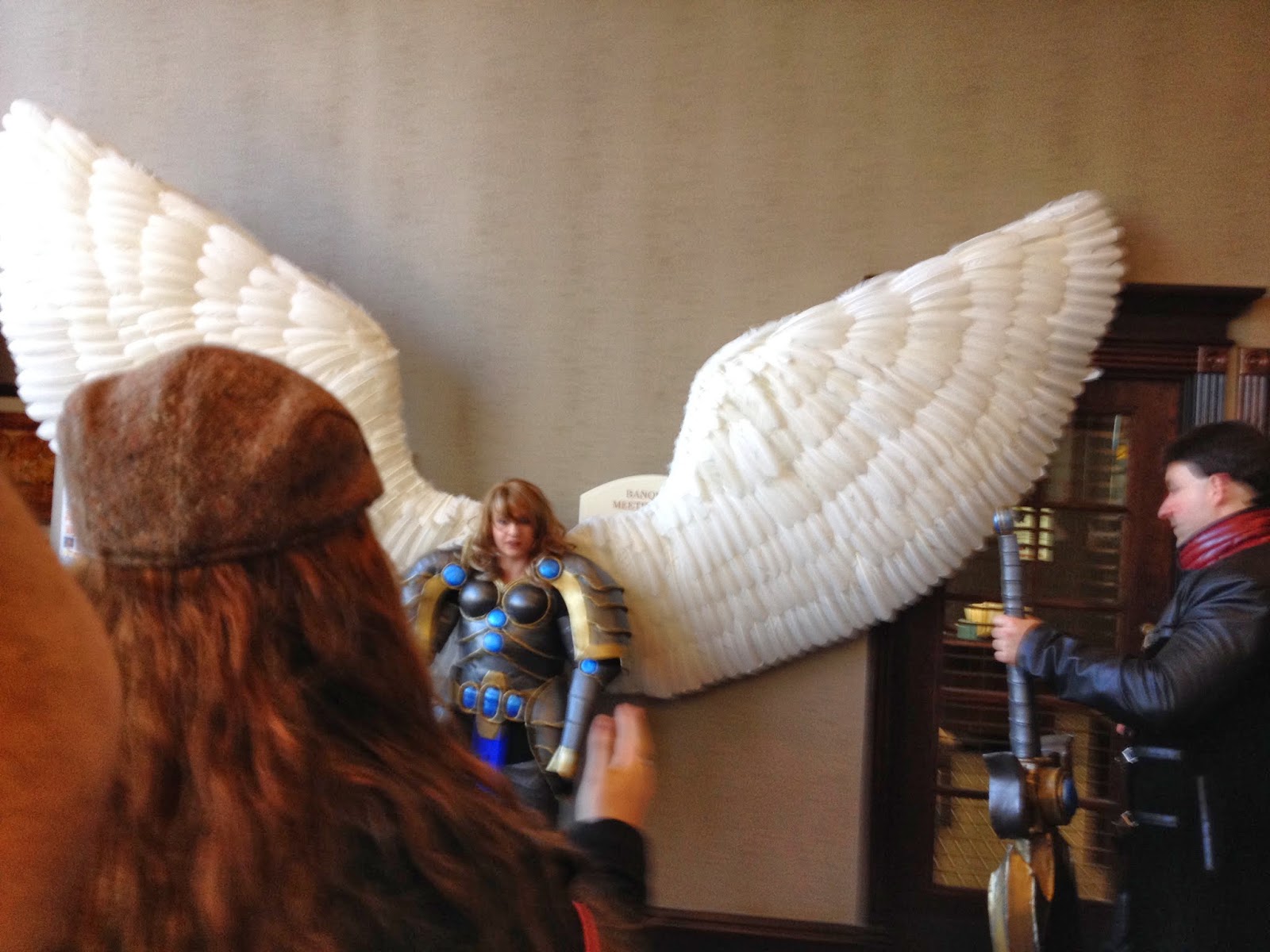 Look at those wings! They were huge! Her father said they were bigger but they'd cut them back a bit. Her armor looked awesome too. Never did see her Robocop costume. Boo! 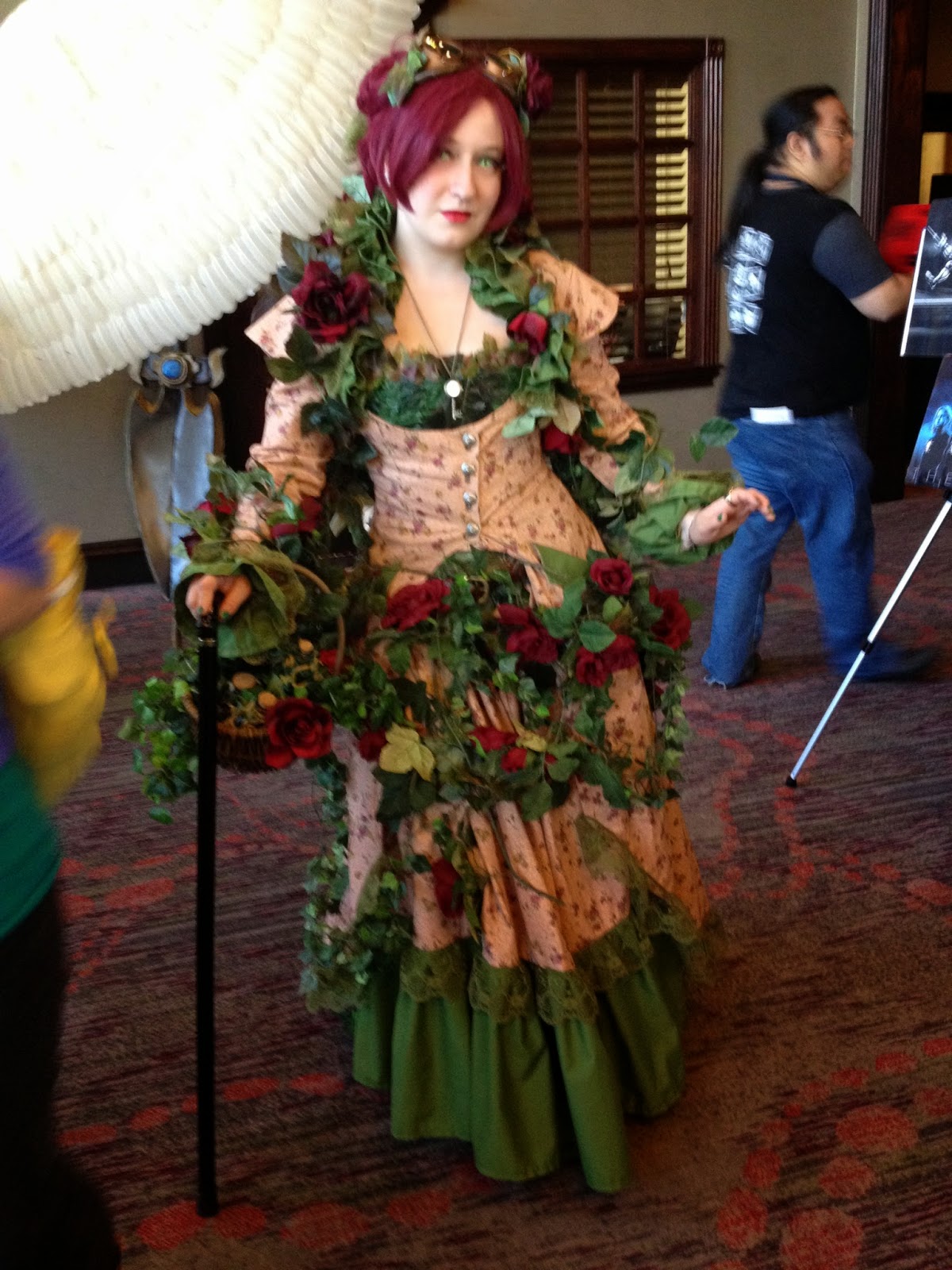 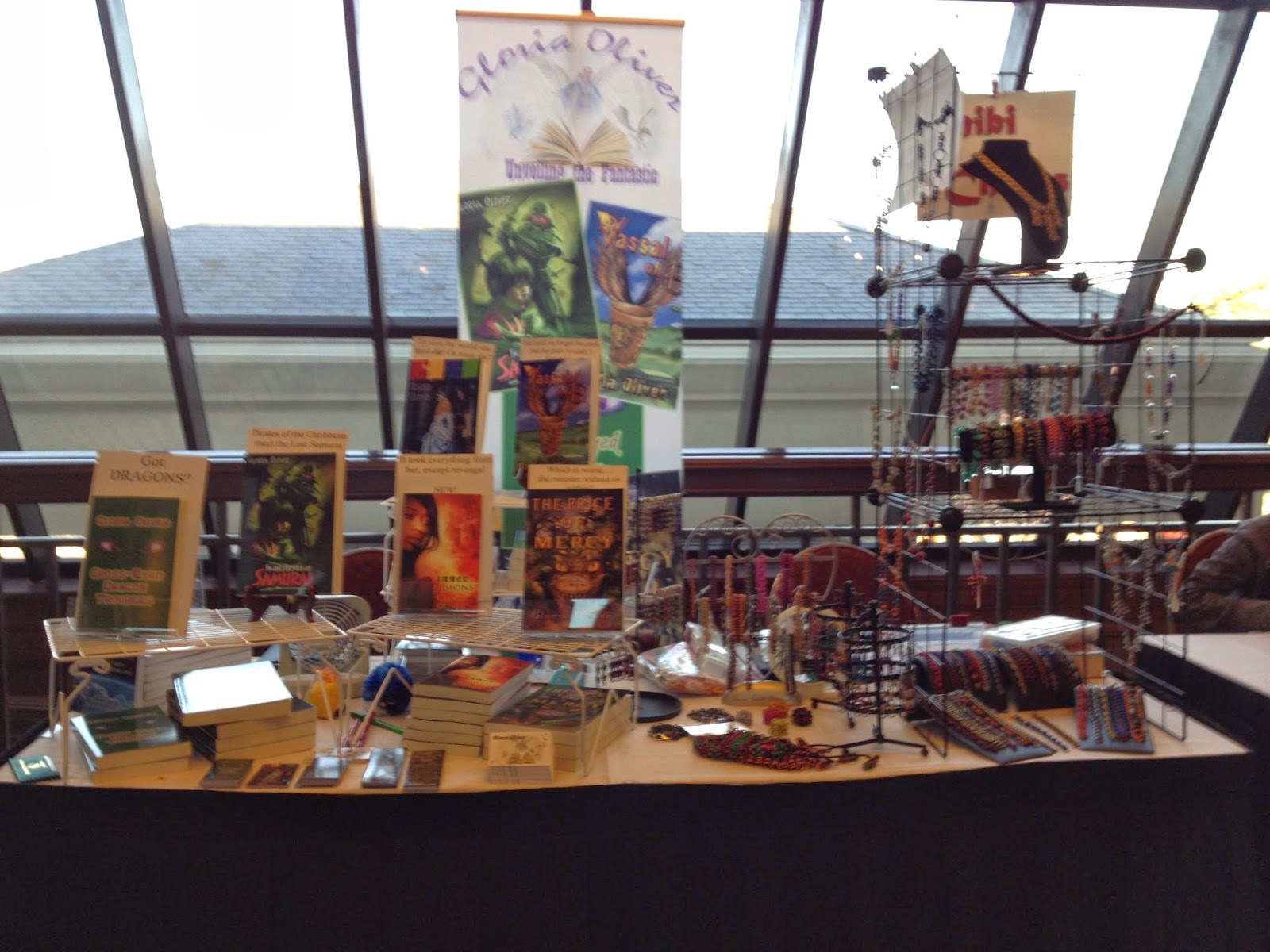 I tried a couple of different set ups. Table was a little smaller than usual. 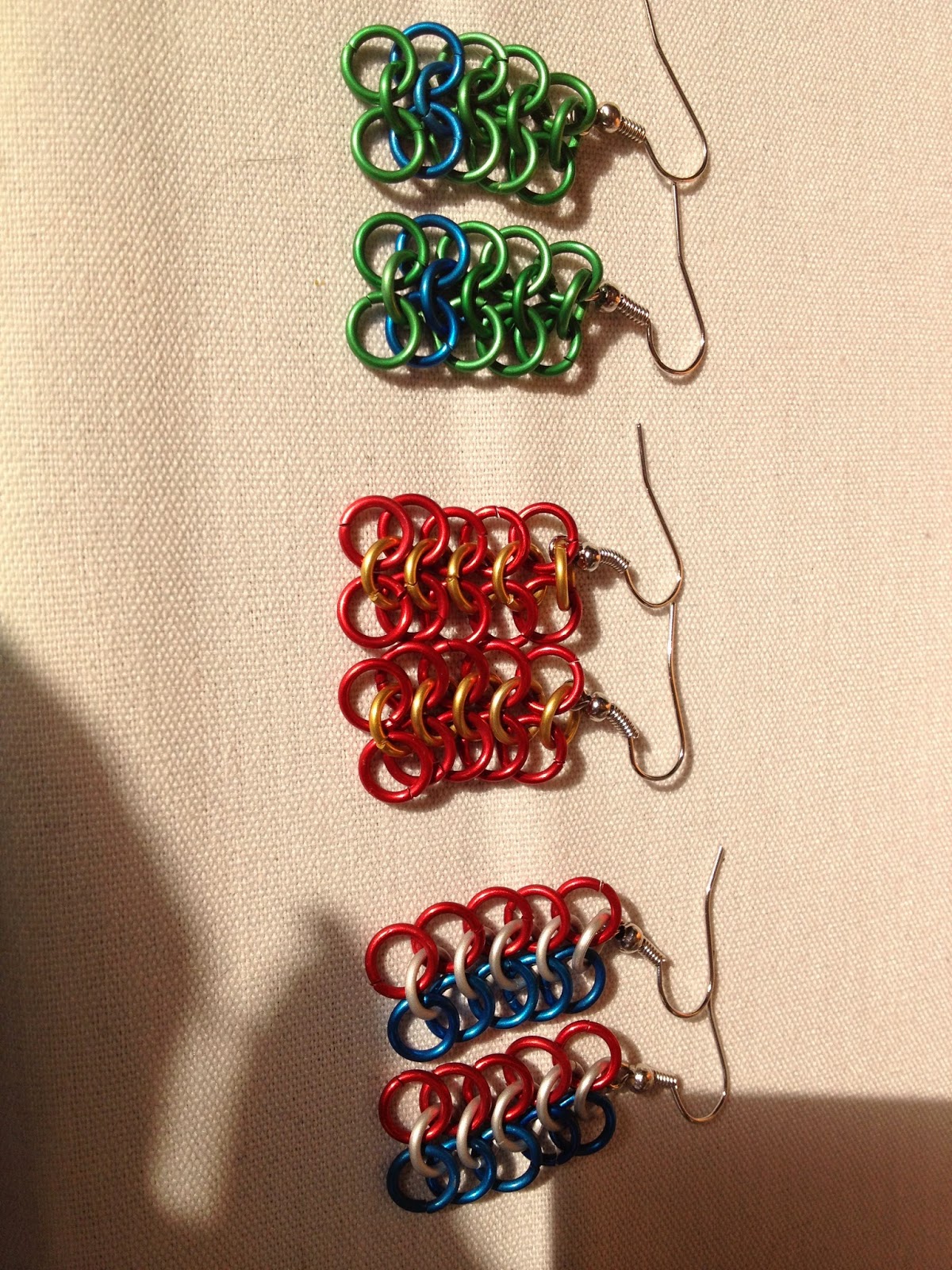 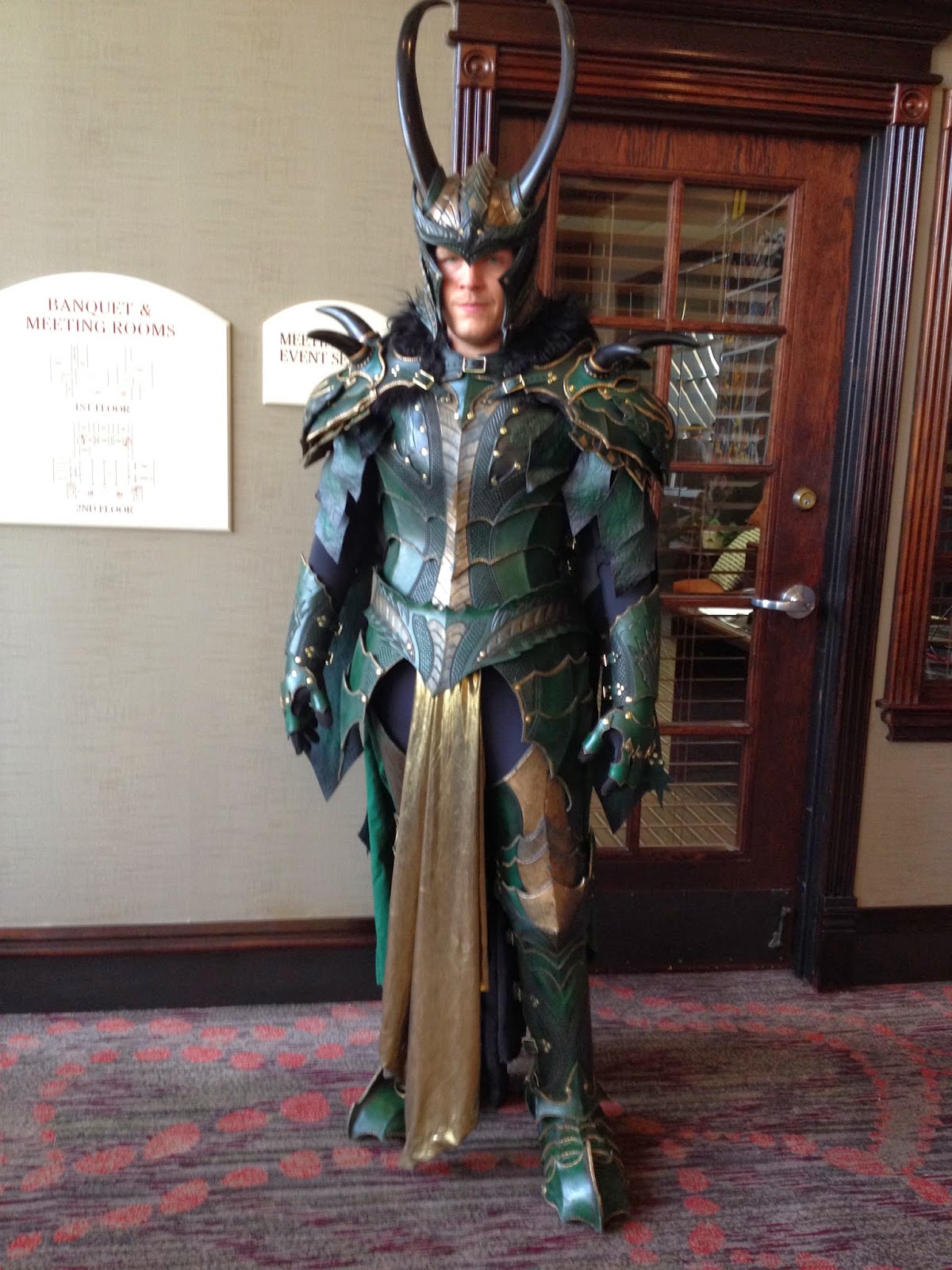 His armor was fantastic! The detail was amazing. 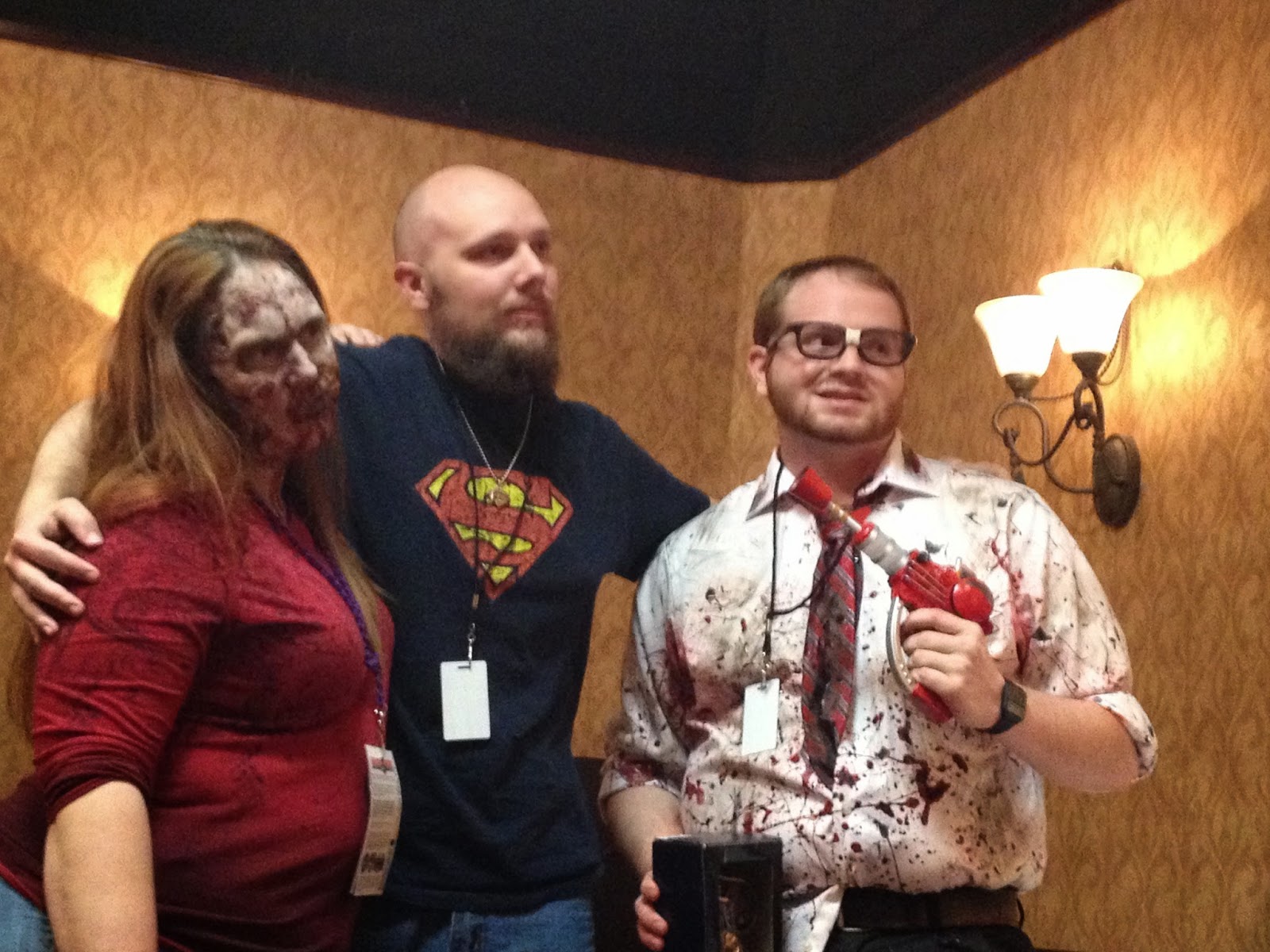 Gentleman from the Walking Dead, a zombie, and a zombie hunter. heh 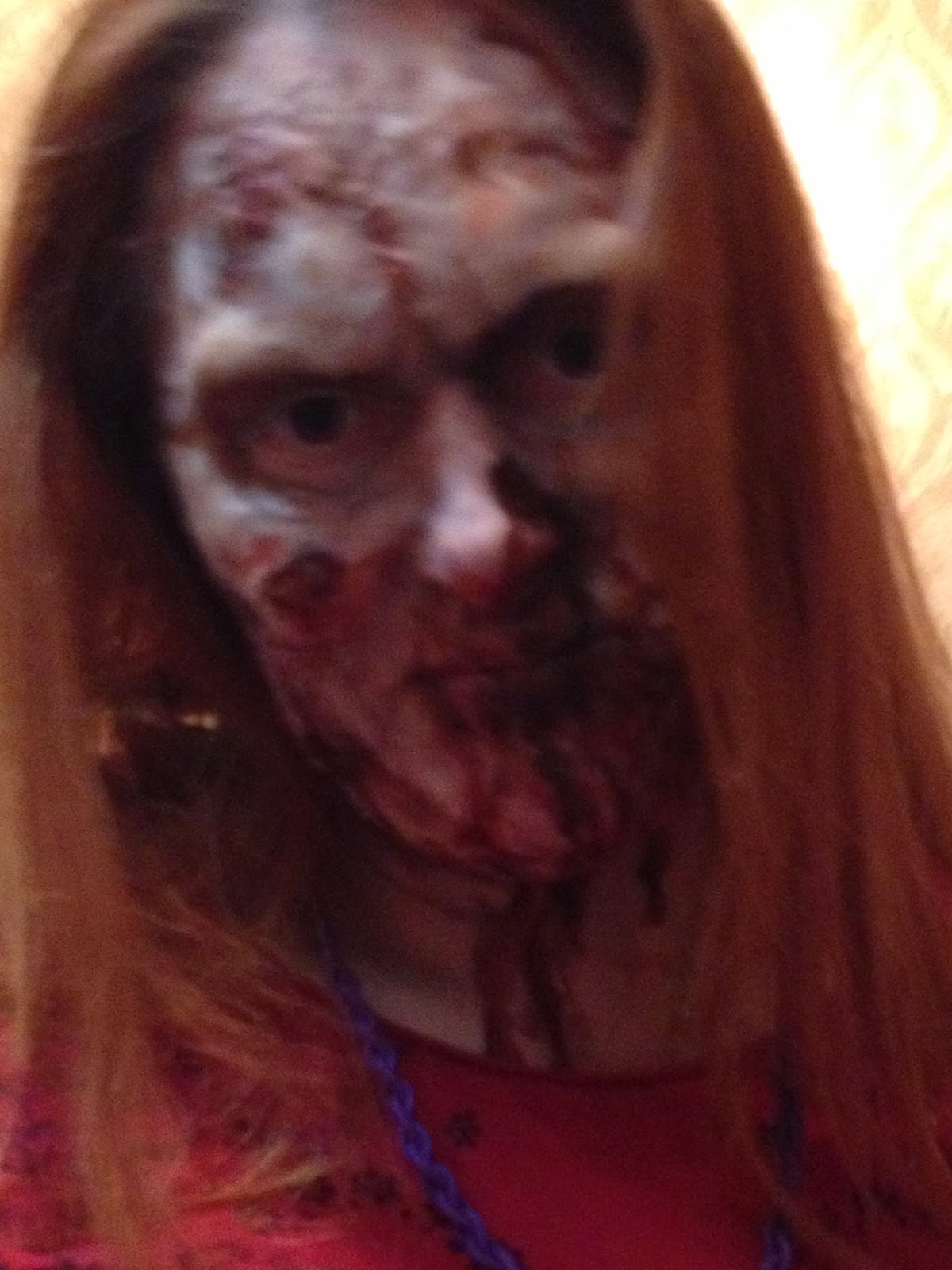 Her makeup was done by one of the guests. Gave her a double mouth, so cool. 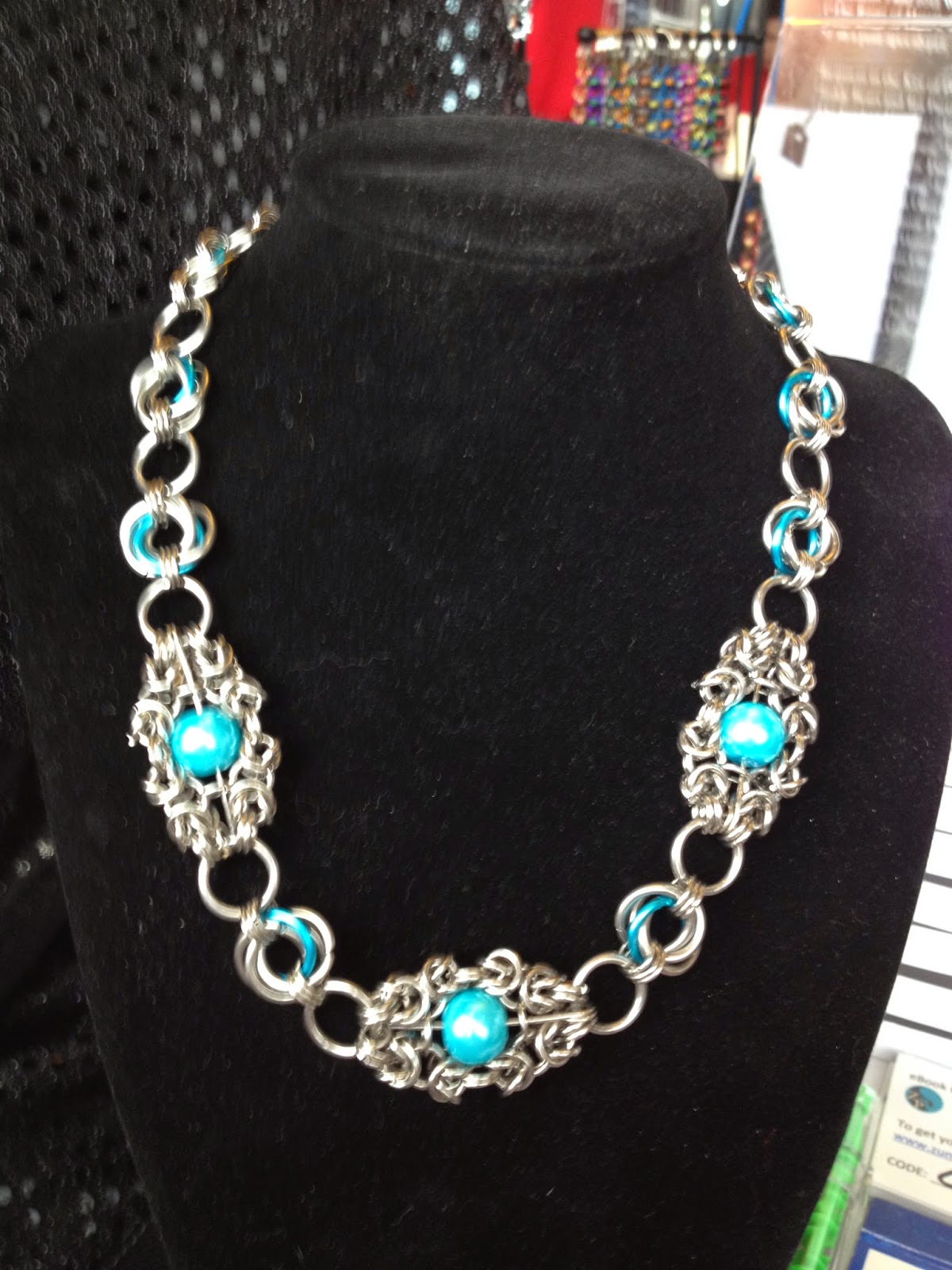 New project Drew finished while we were there. Doesn't it look fabulous? 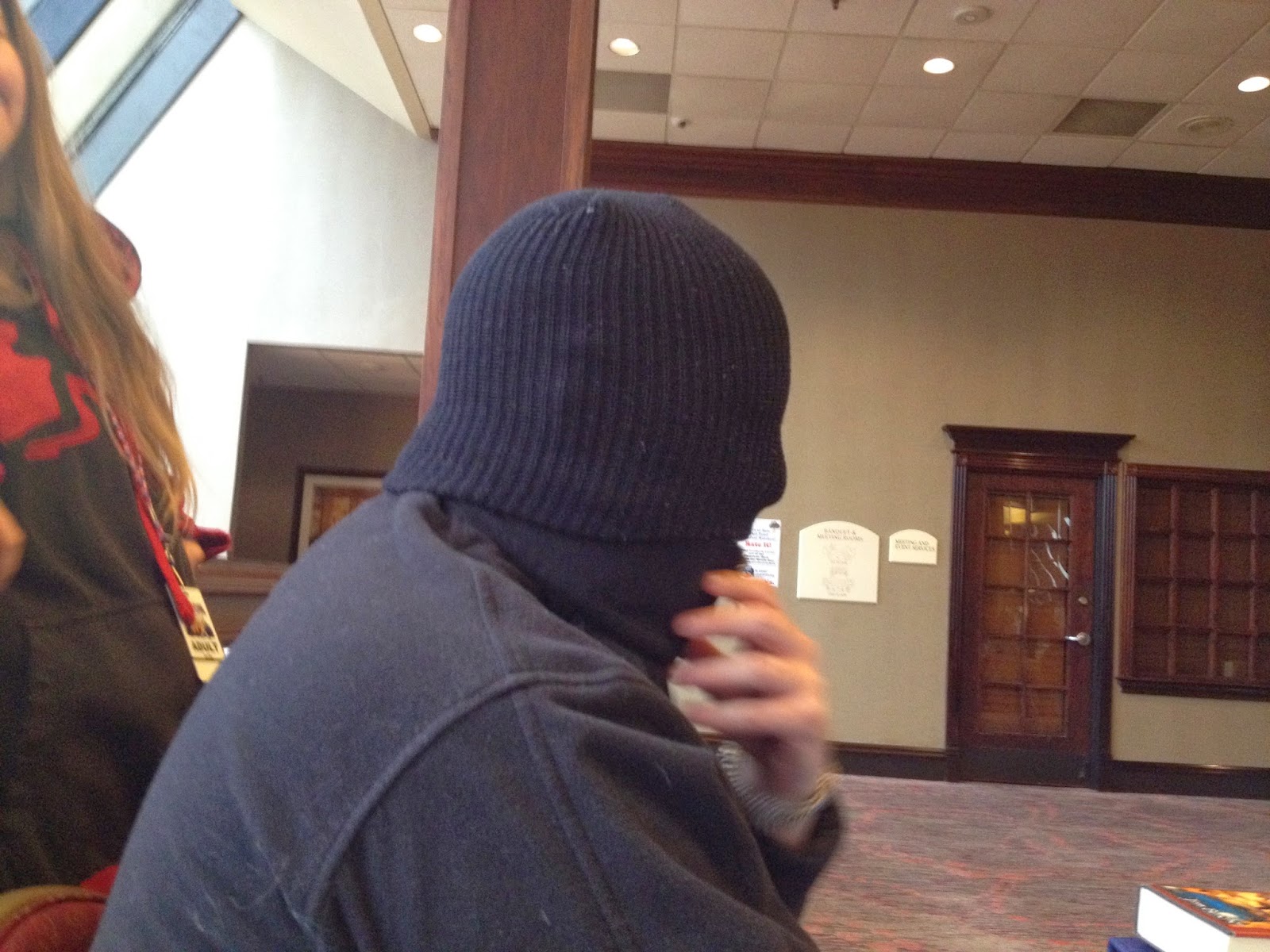 Have an awesome Wednesday!
Posted by Gloria Oliver at 6:00 AM