Now that the Future Classics Anthology Tales From a Lone Star is out, I figured I'd give you guys a taste of one my contributions. "The Tower" is a brand new story just for the anthology. 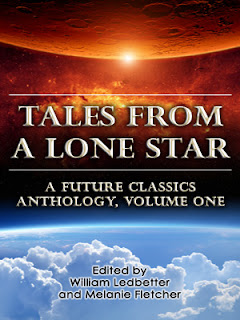 Here's a taste of "The Tower":


Sharrah laughed out loud, hearing more of Jules' subtext. What the computer really meant was for her to get her butt outside and get this done before she'd have to start nagging her about it. She headed to the open elevator and the transport system deep below.

Tales From a Lone Star is currently available at Amazon (Kindle) and Smashwords. Soon a paperback version will also be available. Enjoy!
Posted by Gloria Oliver at 11:35 AM