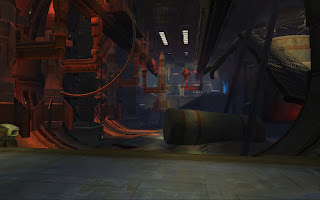 Look at the giant missiles! Eek! 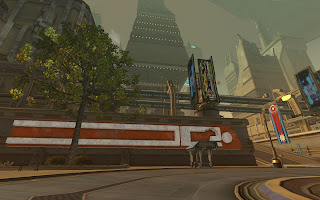 Either one huge logo or an awesome bit of graffiti. :) 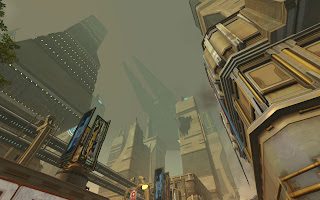 Can you spot the giant ship hovering above the city? 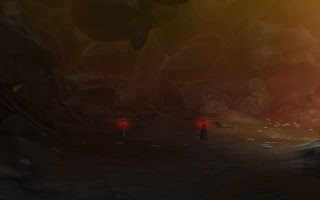 Some Sith full of their own power. 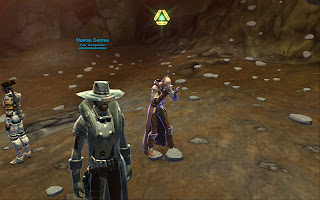 I've finally found my Master's Master - he's fighting with the First Son who's a personna trapped in his body. 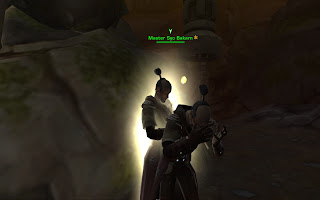 I think it was a glitch but looked awesome. Drove home the duality he continues to fight with. Though at least, he's the one in control again. 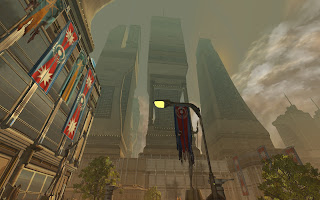 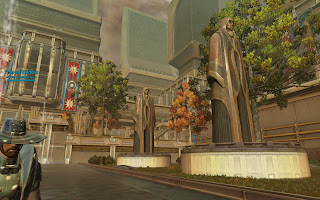 Fountains in a statue courtyard - and some hidden scanning equipment. :P 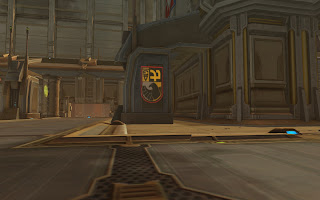 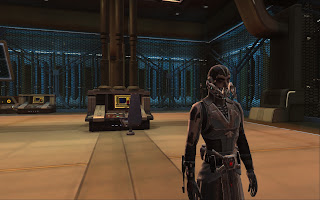 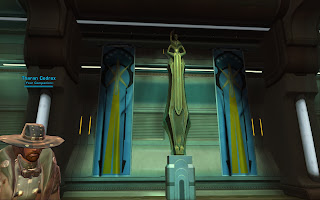 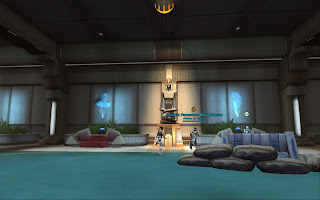 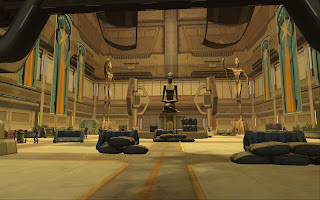 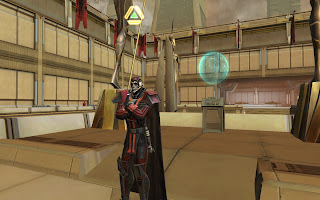 Another Sith thinking he can keep Corellia. Not today buddy. Not...today... 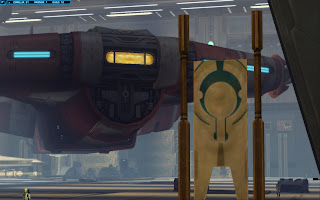 Leaving Corellia - have finished my Jedi Consular's main storyline. Hubby and I have hit 51 now. 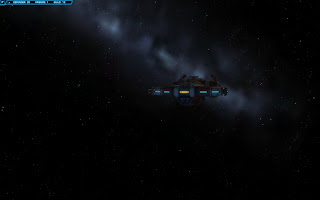 Shot this from a movie once I answered a summons 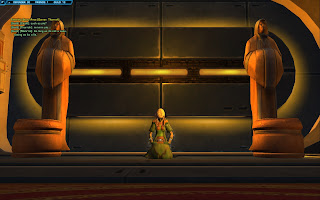 My Jedi at meditation. It was funny as I finally got a dye pack (something new) and ended up with Green and brown, the green being prominent. Then I heard about the Green Jedi. Was hilarious when they showed up all in green! lol. 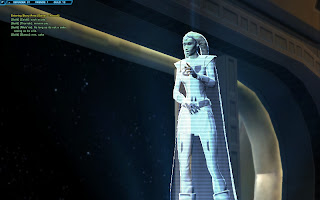 Being told I am needed elsewhere. I still have my 5 companions and a ship full of politicians. Oi! 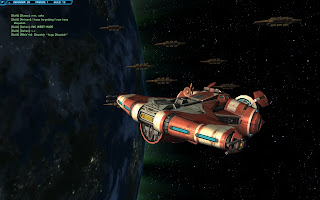 Great shot of my Jedi ship, no? Squee!

Posted by Gloria Oliver at 9:00 AM