Man, I've missed not getting to play SWTOR lately! Did sneak in an hour last night though. Yay! 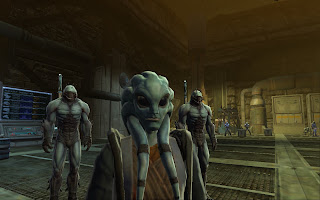 A Republic Jedi who set out to tame the Rakghouls and teach them the ways of the force. He'd been rather successful until I got involved. :P 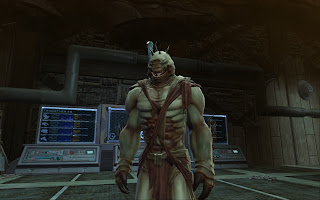 Ugly looking suckers. But powerful. And rather bloodthirsty. 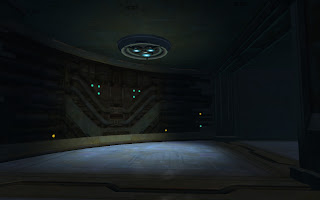 Creepy looking hallway on the way down to meet them. 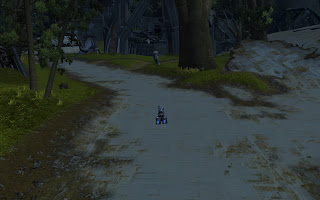 Zipping through the countryside! 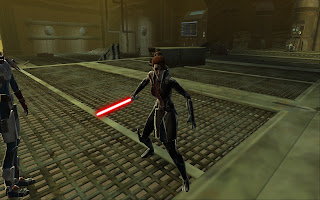 Ah, the thorn in my side. Sith Bimbo thinks she's the universe's gift to the Empire. It's amazing she's lived this long. Heh heh. 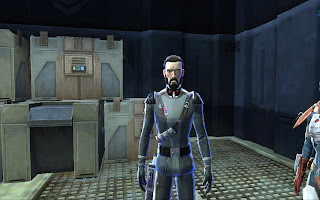 The current honcho I am running errands for. He's not to thrilled with the Bimbo either. Hee hee!

I wanna play more SWTOR! (And Dishonored, and Angry Birds Star Wars, and and and...) :P
Have a great Sunday!
Posted by Gloria Oliver at 8:00 AM