Worms Pinball
Hubby uses Steam for a lot of his playing and game buying, so he ran across this sucker when it was on special (He also got Worms Golf, but that one is proving hard to take pics of). He also plays regular Worms with his buds. 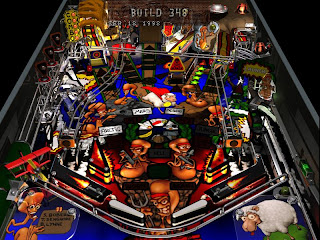 They did an awesome job making it look like real pinball. And it really acts like and has a lot of the features of some of my favorite real machines! It also has a ton of extra little games you can stumble over for the little screen at the top. Still struggling to figure out several of those. Doh! 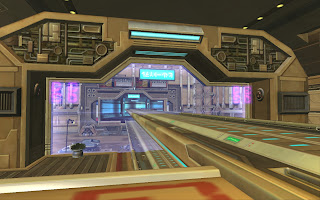 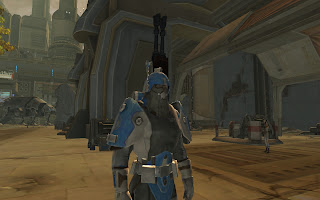 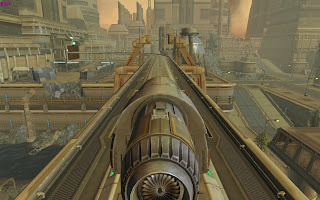 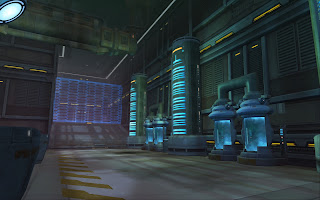 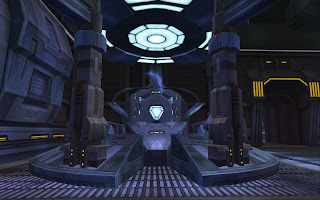 They do like to use this machine for all sorts of creepy looking places. Heh heh 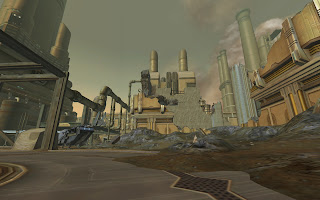 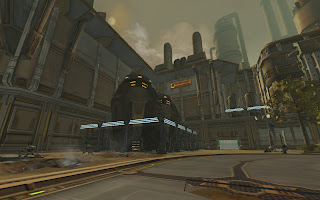 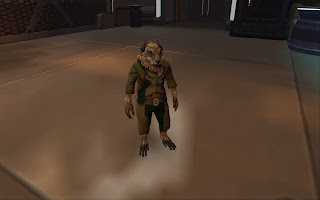 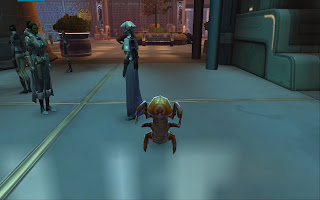 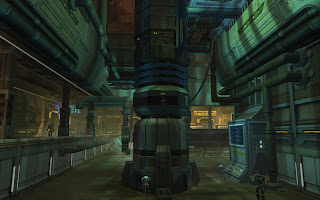 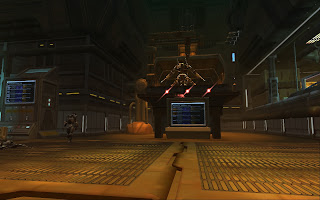 Some of the assembly lines at the robot plant 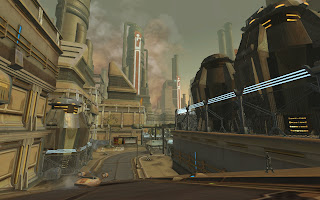 Hard to say if all that dust/smoke in the distance is normal industrial yuck or part of what's been destroyed. 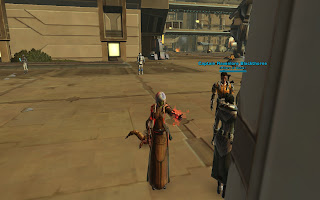 New emote I got in one of the random prize packs you can buy. Like a Sith power glare. Heh heh. 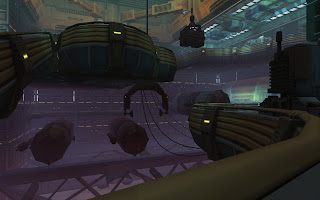 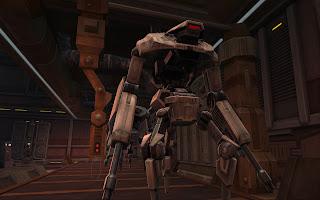 Doesn't he look nasty? Are supposed to be like construction/disaster relief droids. 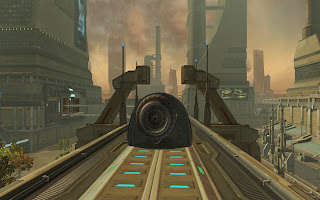 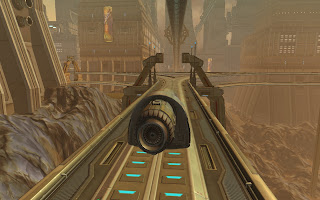 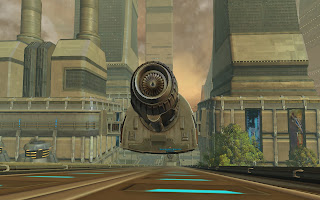 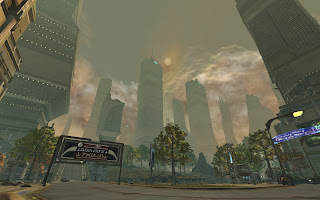 Han, your world is really in a bad way. 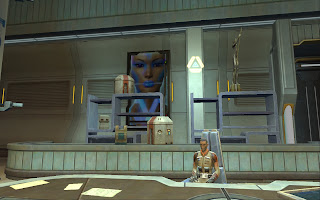 The pic in the background of the woman? It's very popular in this sector of Corellia. 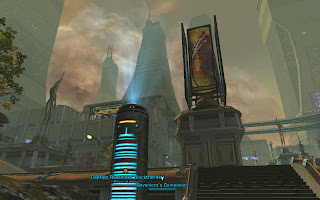 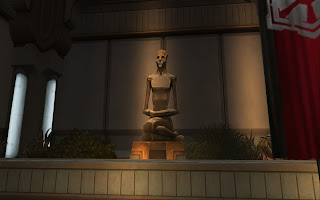 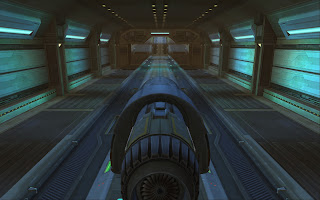 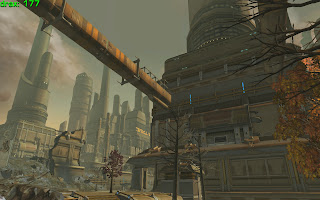 Wonder if we'll get some sunshine by this afternoon? Have an awesome day!
Posted by Gloria Oliver at 10:04 AM