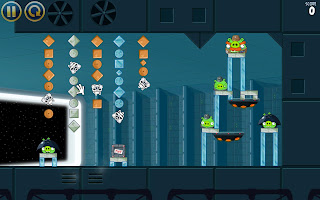 Getting crafty on some of these! Floaters and dangling pig troopers. :P 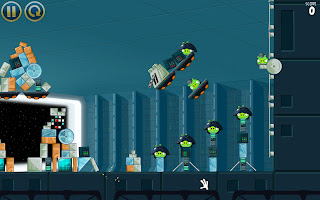 The gun on the floater is continually firing. Used Obiwan to use the force to shoot the boxes out like shrapnel. Oh yeah! 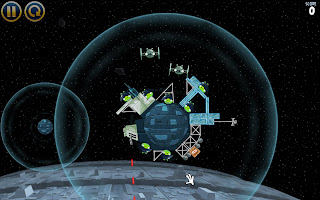 Now we've escaped to the outside of the Death Pig. More funky gravity wells to play with. The Pig Tie Fighters count as live pigs. Timing is everything as those suckers move~! 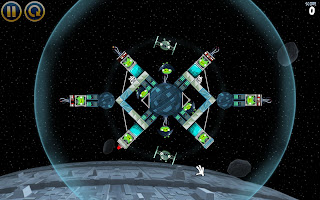 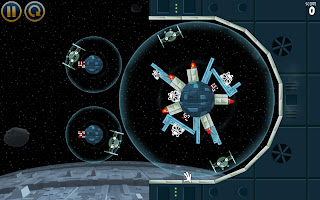 It only got more and more insane! 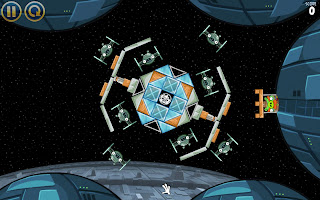 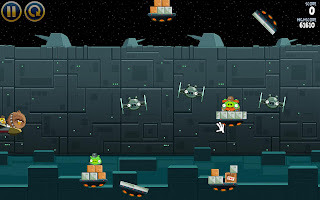 This one was wicked! But so cool. Unlike all the other puzzles, this one moved forward. So you had to take out sections to progress. (Made it real hard to take pics!) At the end was Darth Pig in his Tie Fighter. But he was not able to stop me. 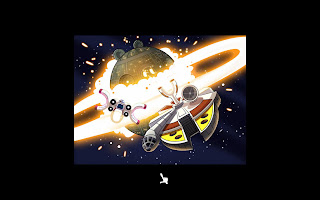 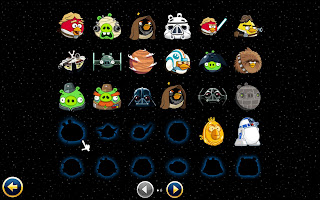 Characters discovered so far. Hoth is next! 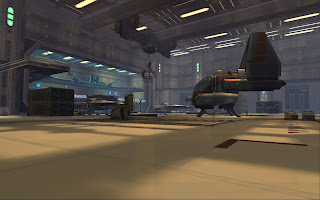 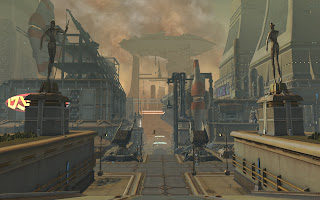 Seems to be known for its shipyards. There are several under construction (or were before the Corellian Council voted to hand the planet over to the Sith.) 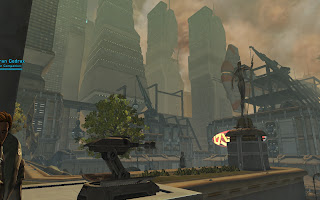 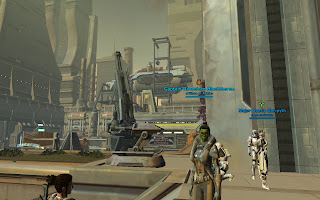 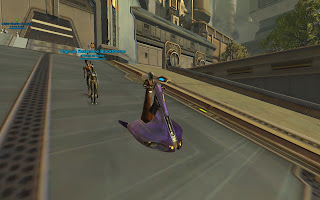 Though my Spy had gotten a new vehicle with one of the black market crates, and I was sure two wouldn't happen, I bought another for my Jedi. Guess who somehow managed to get a purple pimp ride! lol. (These will rise in speed with your driving level. Both are mighty expensive! Need to get hubby a new ride or he'll be eating dust (Using my old ride till then) :P 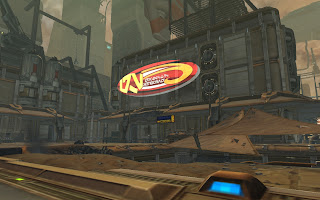 This looked like a McDonald's to me. Heh heh 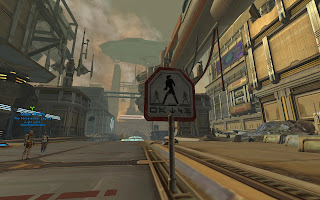 Crosswalk signs are everywhere! (I assume they're cross signs. Could be something else entirely!) 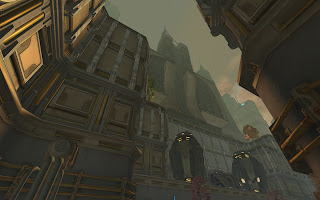 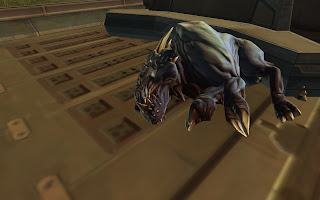 Can't ever escape nasty beasties. These are in the sewers. 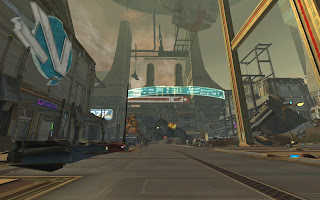 Neon here and there. 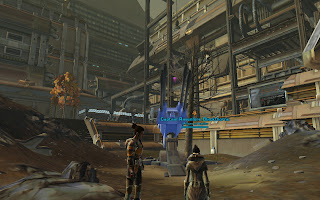 This cannon is about to be re-serviced. 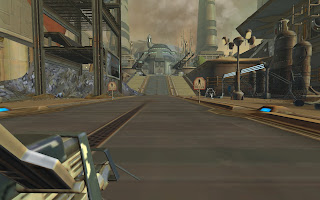 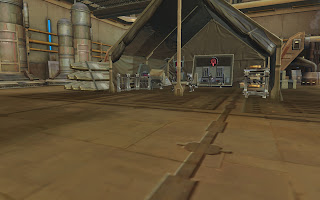 More Corellia next time!
Hope you're having a great weekend!
Posted by Gloria Oliver at 8:59 AM