Good morning! You'd think I'd gotten tons of time to play during a holiday weekend...but... 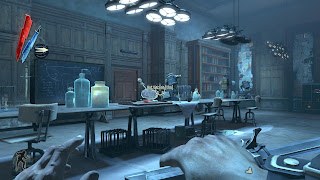 Dr Galvani's Home. He's doing rat experimentation to figure out how the plague got here. From what I can tell from his research it was induced and not a natural problem. Not good. 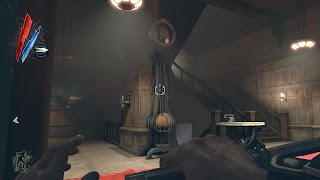 Oh, and I should mention - if my swtor pics have given you a hankering of any kind to play, they just adopted the popular free to play model! As a subscriber you get a lot of perks, but you can still do the main story lines and whatnot for FREE! (Hubbins and I are sticking with our subscription.) 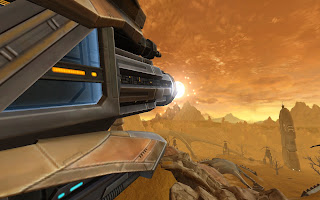 Super cool Gormak canon. The thing was huge. Looks like I forgot to get a distance shot. Doh! 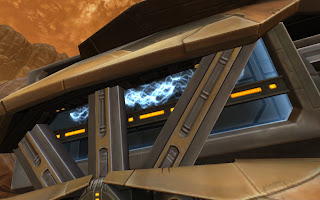 Loved the energy arcing on this sucker as it powered up. 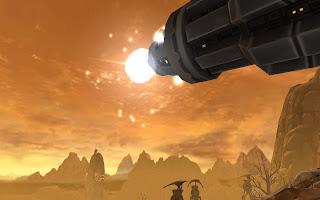 Here's a better view of the firing tip. Made me think of the Wave Motion Gun in Yamato. 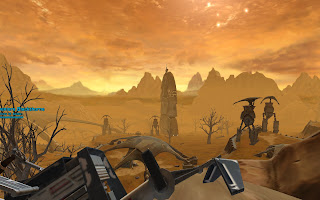 Some old funky tents and buildings in the now occupied Gormak area. 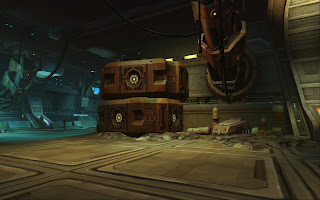 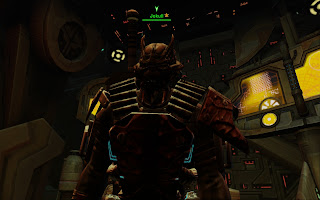 Current Gormak leader. Has super boosted their tech and turns out to also be a Mystic. The xenophobic Voss are in for a shock. 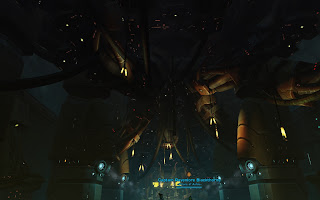 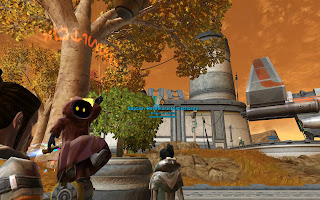 That's a pic of the Party Jawa pet you get for sticking with subscriptions now that the game is Free To Play. Confetti blows out from the micro engine in the back. Circles around you for 5 minutes with music. Totally bizarre. lol. 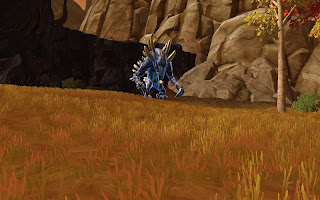 This guy is a yellow and white star. Not going anywhere near him! 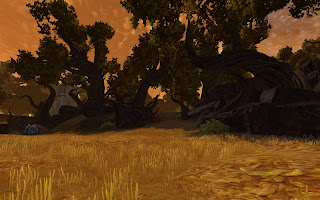 Close to the Nightmare forest. Something around here is driving people wacko. 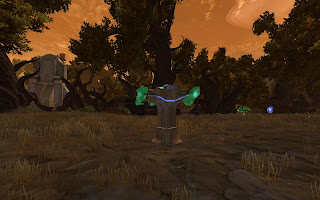 Also making them create these weird energy shrines that are not helping matter. For a people that gets predicting visions, they've not been doing a good job. Hmmm.

Have an awesome Sunday!

P.S. Got me some cool software to play with. Check out my covers on the side. I don't have them on perpetual loop, as that would drive people crazy, but I added some extra bling to the covers. Heh heh heh.
Posted by Gloria Oliver at 9:26 AM