Life is still getting in the way, so not too many pics this week. 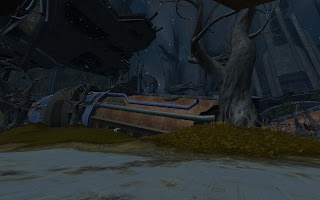 The evidence of destruction and ruin - just can't get away from it. 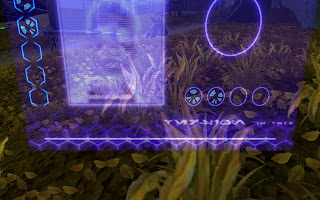 I was smushed in a corner and hit the heal button. Got a real nice clear image of my HUD routine. 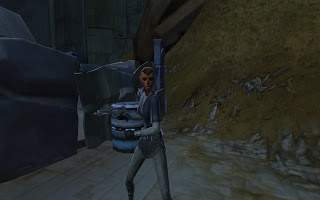 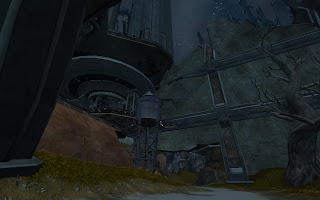 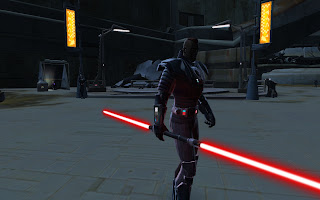 One of the Imperial Outposts had several interesting looking NPCs. 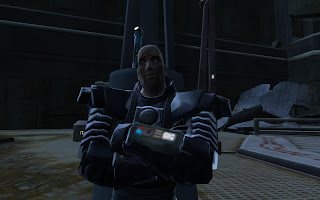 This guy has a cool tattoo on his face. 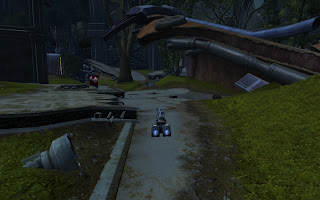 Took some random pics while riding the taxi system back to base. 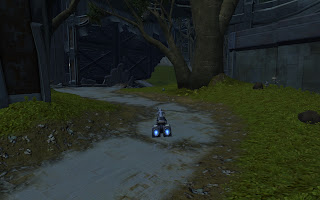 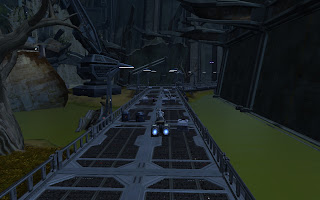 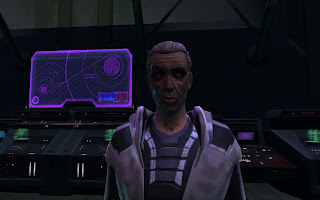 Darth Grievus - my current boss on Taris. He's got a lot of added mechanical work on one side of his face. His apprentice is a total hot head. 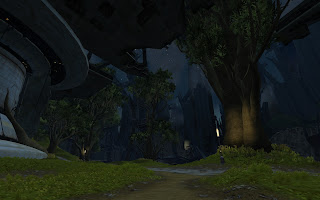 Hope you're having an awesome Sunday!
Posted by Gloria Oliver at 8:27 AM