Pony Fest #12 Entry - Miko from In the Service of Samurai

Uhm, yeah... Life is weird. I'd seen a lot of My Pony stuff running around during Animefest a couple of weeks ago. I even learned what a Brony is. o.O Then today I stumbled on Rebecca Enzor's post about Pony Fest #12 and the Pony Creator by General Zoi. And having little to no brain today, I decided to get creative in a different way than usual. So yeah...I've been ponifying characters. (Hey, it's a word! My lack of brain says so!)

I'll share my others somewhere, but this is the one I'm submitting for Pony Fest #12:

From "In the Service of Samurai" - The Choice: Serve the Undead or become one of them.

Miko - An undead(skeletal) geisha in service to Asaka Iestsugu. She becomes the intermediary between the boy Toshi and her master Asaka, after the boy is kidnapped for his Western mapping skills. It is Asaka's intent to use Toshi's talent to complete the mission still tethering the samurai and his people to the Earthly plain. 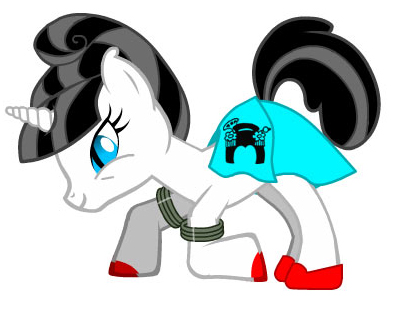 Email ThisBlogThis!Share to TwitterShare to FacebookShare to Pinterest
Labels: author, Gloria Oliver, In the Service of Samurai, Marketing, My Pony, novel character as a Pony, Pony Fest 12, Promotion, Unveiling the Fantastic