This one will be short and brutal. No pics from the daughter for Secret World and the SWTOR launcher went buggy on me. Tried all the ways to fix it as recommended on the help pages, which didn't work, and now have to wait for customer support. Wah! 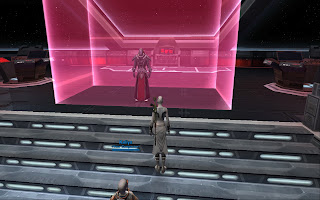 This part of the Imperial Spy chapters was brutal. This Sith would not die. After I did finally wear him down once, I found out you had to do it multiple times as your backup tried to take over internal shielding to eventually trap him like this. I hate to think about the number of times I died. But now it's DONE! Bwahahahaha! 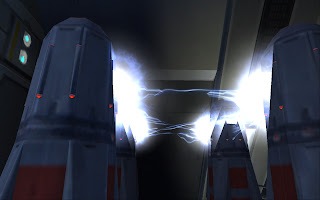 This seemed like an awfully dangerous thing to have running on the bridge. 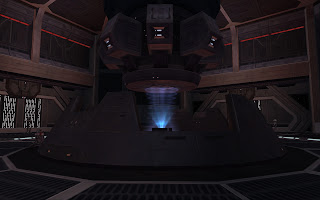 Part of the Artus's ship reactor. 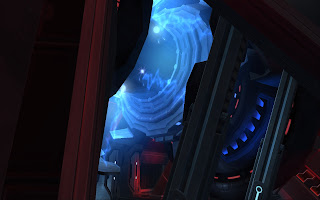 Messing this up blew up the ship, but the Sith still escape. (He'd faked his death, enslaved survivors, and planted terrorist cells to try get rid of the Dark Council. He had his own ideas about things, this guy. Tsl tsk.) 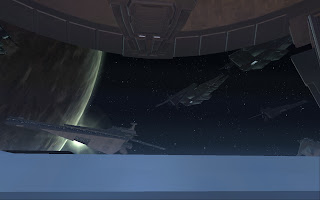 Felt so very good to be back among the faithful and true! 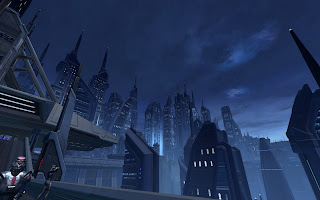 Had to go back to the home planet to report. What a sight for sore eyes.

Wish me luck with getting my launcher fixed! (Also just heard the MMO is going free to play. Hmmm)

Posted by Gloria Oliver at 9:35 AM