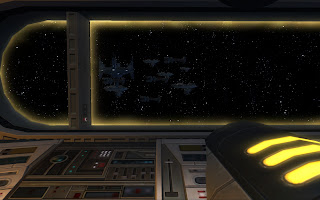 The Republic Fleet as seen on approach from the bridge of my Jedi Consular's bridge. 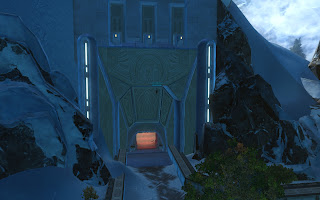 This is on Alderaan. We found a back way accidentally to this place and thought it was our next quest point. Because we came in the back, we found that you couldn't get down. So we were walking on an invisible bubble. That's John way in the back of the pic, floating on air. (We found out later it was an Imperial spot!) 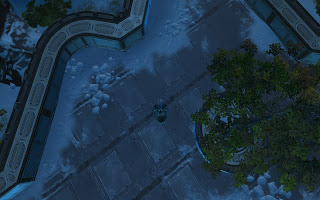 This is me, floating, with the camera view overhead. 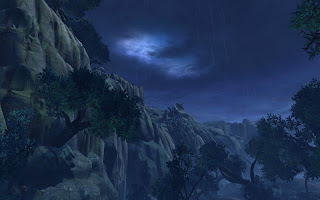 More cool pics of Dromund Kaas. The sky never clears and lighting is constant. They must use electric poles to disperse buildups in static electricity. 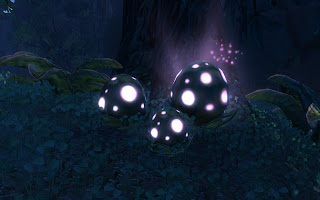 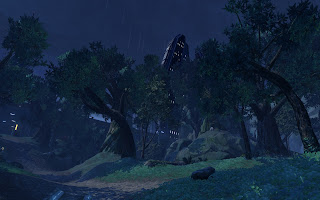 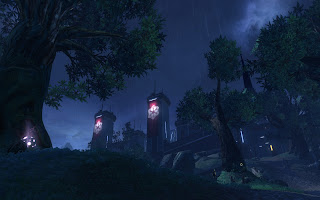 Kaas, the main Imperial City at the heart of the Empire. 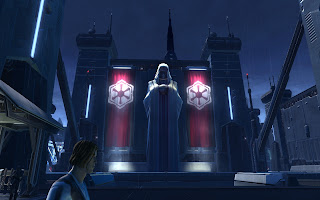 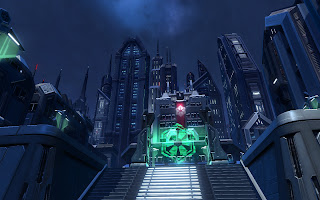 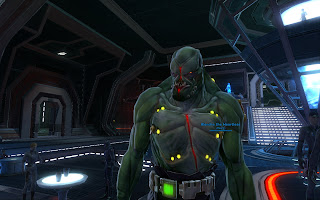 This ugly sucker is a companion for Dark Jedi's. Eek! 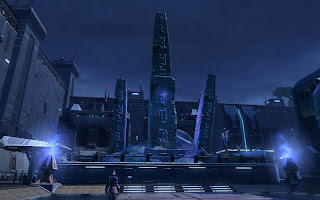 Monument to one of the Dark Lords. 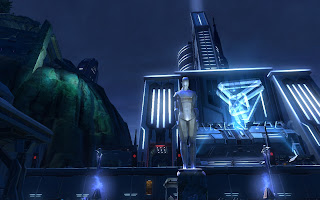 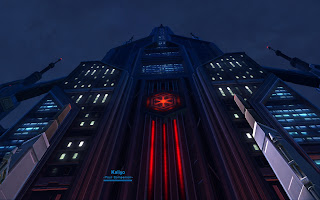 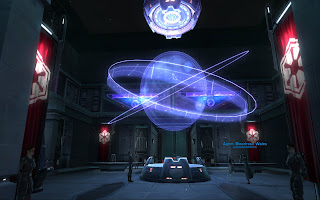 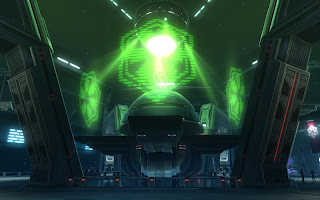 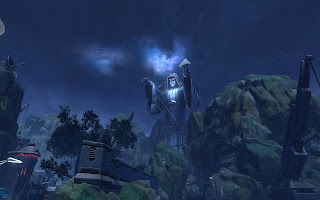 An apprenctice's attempt to flatter his Master by building a humongous statue of him. Ugly cuss. 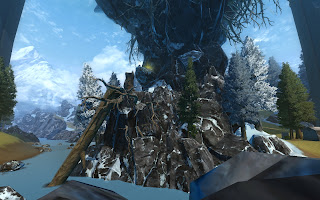 The guild I belong to Veritas Aequitas (Justice - Truth) got together yesterday to do a guild photo. Hoping they post it soon so I can share!