Oh yeah! This past weekend was the Austin Comic Con put on by Wizard World. Got a ton of pics. (From the phone - already was carrying way too much through the airport :P) 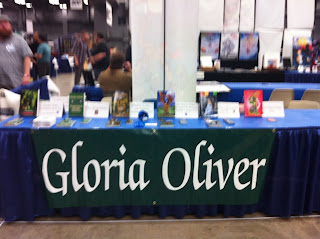 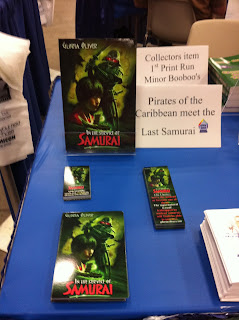 Yes, the book is OUT!  I held it in my little hands for the first time there. :P 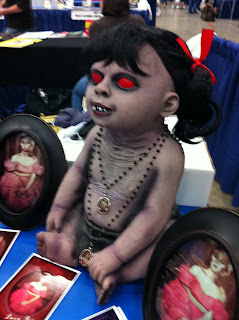 Creepy companion across the isle. All weekend LONG! (She did not get prettier over time. :P) 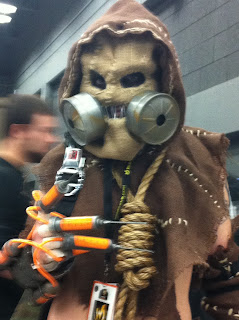 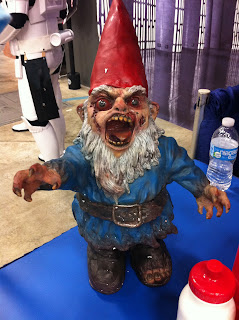 Angry Zombie Lawn Gnome. Also across the isle from me, at least on Friday. (I think he might have wanted to date the dead girl.) 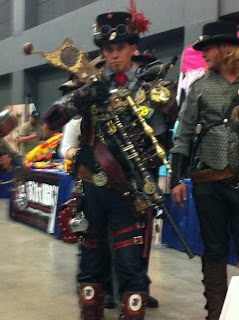 Major steampunk presence! The Airship peeps had their own table even! 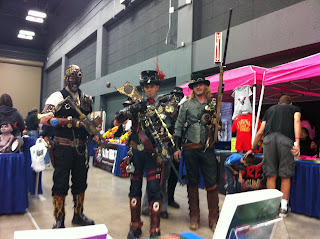 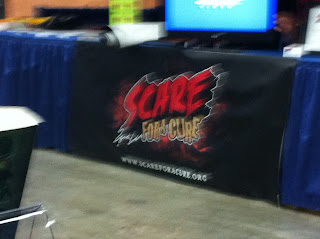 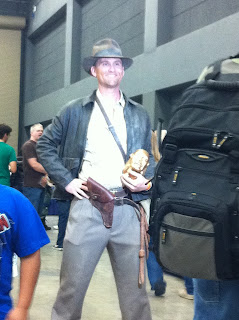 Indiana Jones! Golden Idol and all! 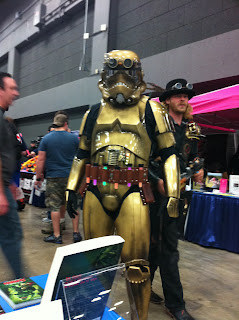 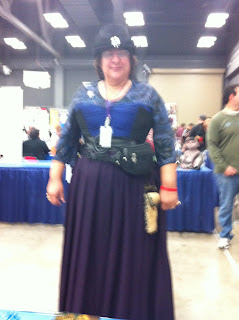 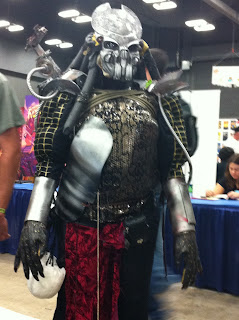 Yes, Predator was in attendance 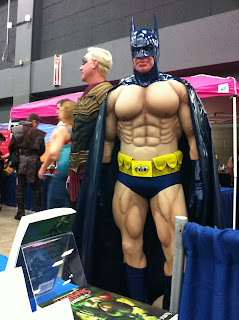 Summer Wear Batman - or so he said! lol. 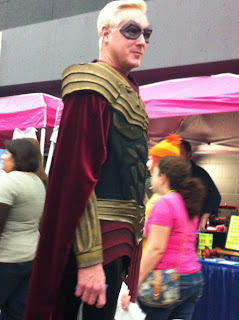 Baddie from the Watchmen 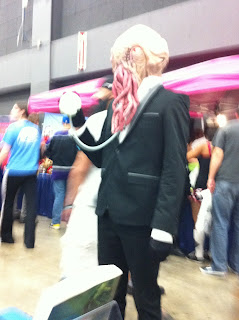 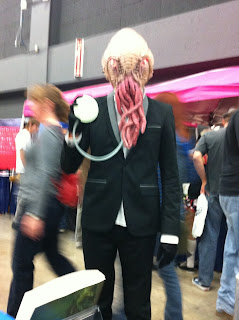 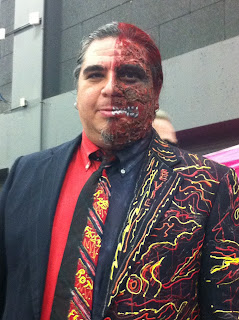 Harvey Dent. Even had words on the suit. Awesome job. 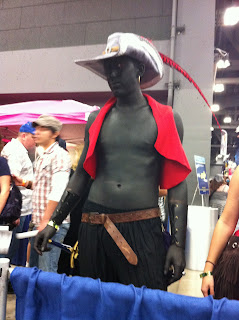 Loved this look. Better in person and his eye was also red. A dark drow, I believe. 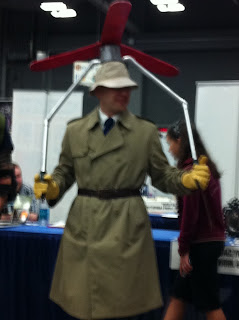 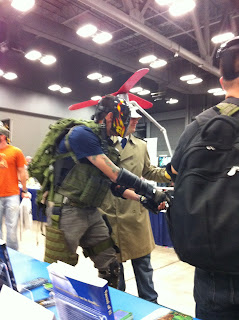 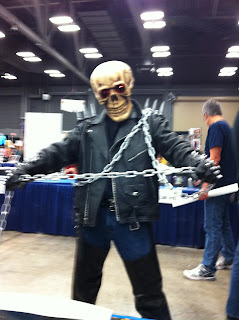 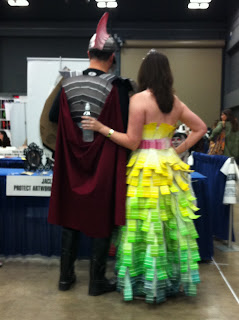 A Roman Centurion and Maiden costumes made totally from paint swabs. Dang! 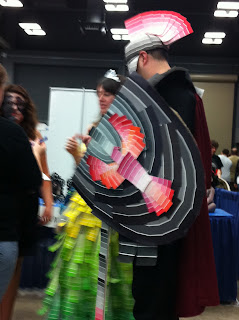 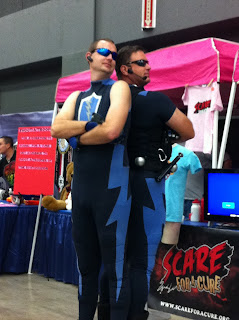 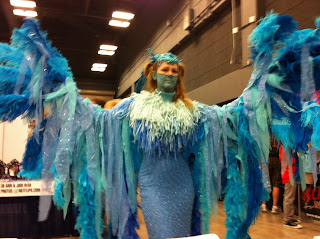 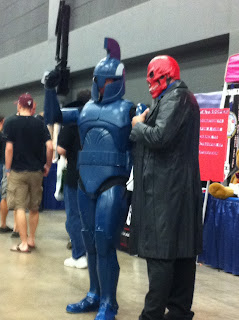 Royal guard from Clone Wars and the Red Skull! 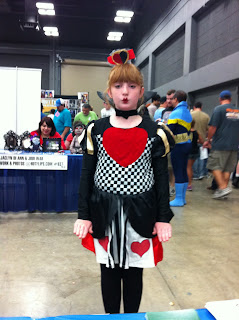 Queen of Hearts! Off with their heads! 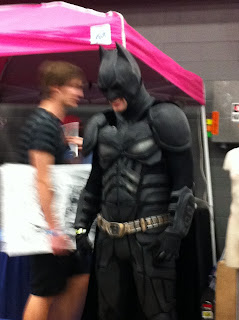 And what I took is only a sampling of the costume goodness at the place. I never even made it down famed peeps row. lol. Afraid to go down other aisles too. Loads of tempting goodies EVERYWHERE!