Took the camera this time so I ccould get decent pics of the costumes. Camera phone is just not up to this type of thing. :) 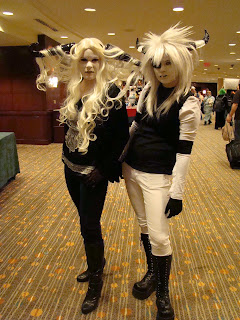 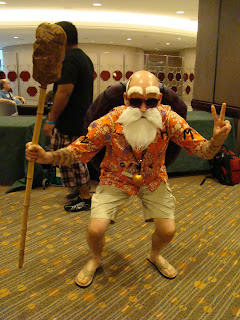 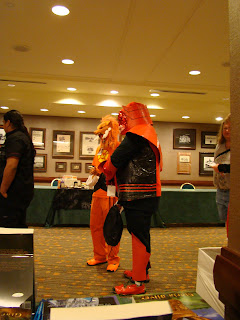 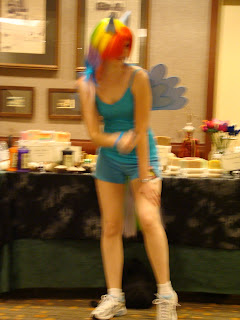 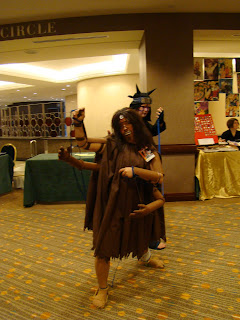 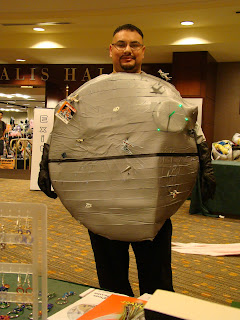 I laughed so hard when I realized what this was. lol. Flat Deathstar. Had fighters and more pasted around it. 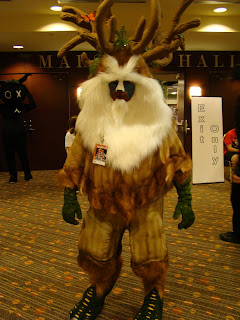 This costume was just jaw dropping. Even his feet were hoofed. 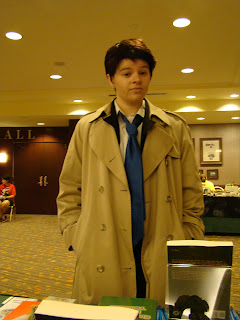 Castiel from Supernatural! He was very popular this year. Even saw a Sam and several Deans. Hee! 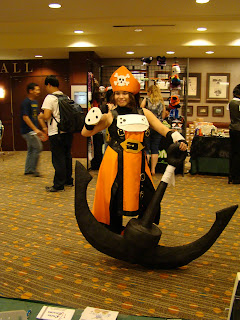 This costume was awesome just for the giant anchor alone! 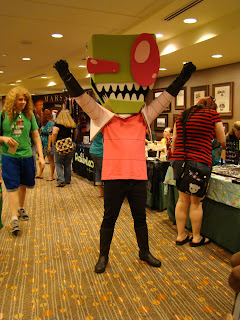 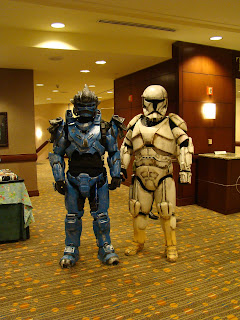 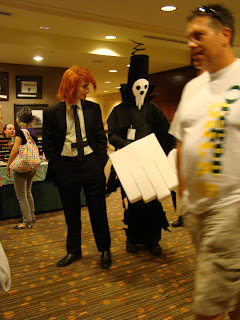 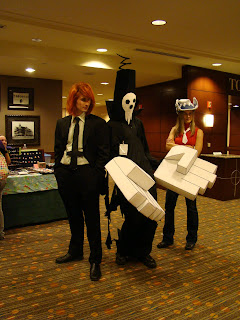 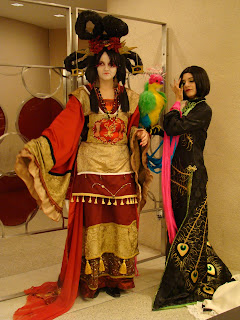 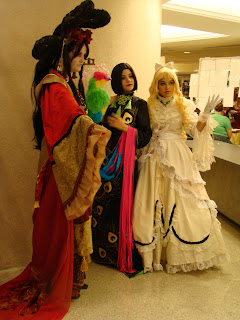 The detail on these ladies's costumes were awesome. 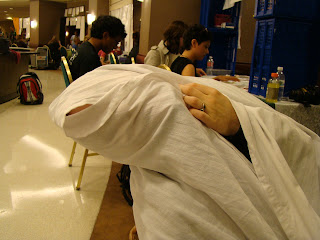 Sick child. Had to get her Dad to come take her home. :( 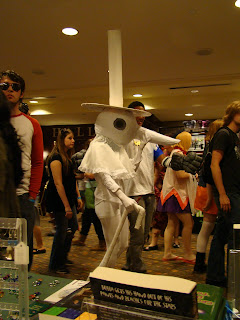 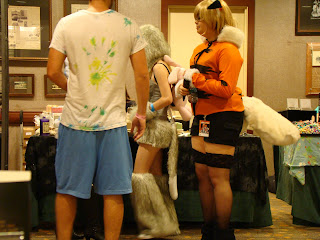 Look at all those tails! 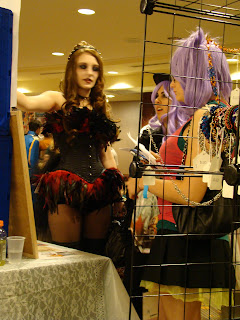 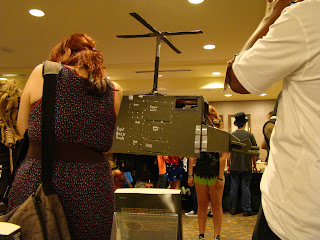 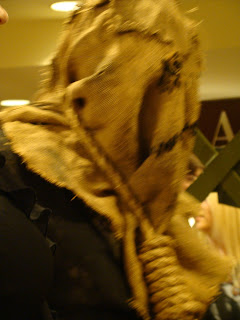 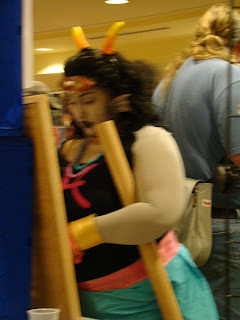 There were a lot of these candy corn horned peeps around but she had these really cool ears tacked on. 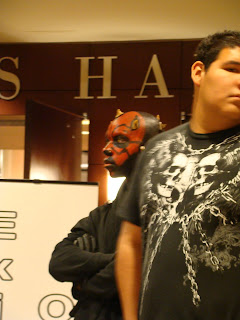 A very nice Darth Maul was in attendance. 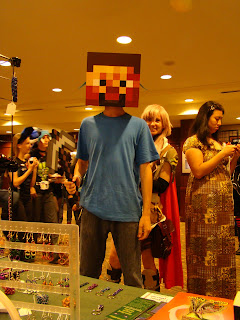 Mine craft for the win! 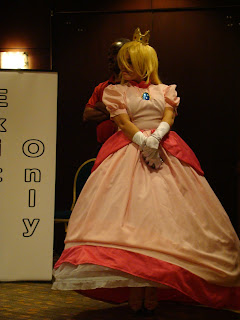 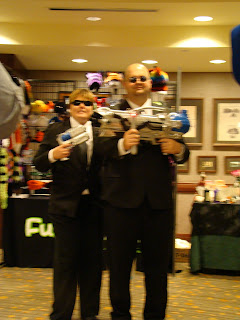 MIB - he even had the red forget machine. (Dang, wish this hadn't come out so blurry! Grrr) 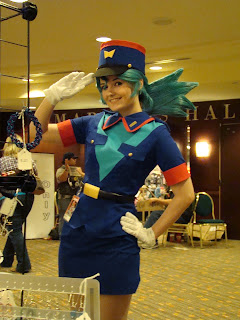 Con was super busy and peeps seemed to have a good time. Yay!