Hit my second convention in two weeks - Akon 22 in Dallas.
Did end up forgetting to charge my big camera and left it at home, so you'll have to put up with phone pics. Don't know why but I've been having trouble with the focuse suddenly, so a few of these are not as clear as I'd hoped. :( 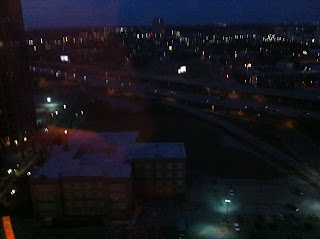 Dallas skyline view from the Sheraton's 20th Floor. Saw the big panoramic view from the 38th but too much was happening to get that one. *hangs head in shame* 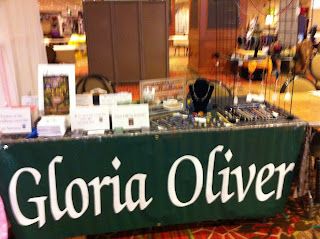 My table in Artists' Alley upstairs.  I shared the table with Chibi Chains. (My daughter!) She makes some really cool and colorful chain mail jewelry. Thinking of investing on a split banner now that she has a logo. We'll see. Heh heh. (Totally outsold me! Bah!) :) 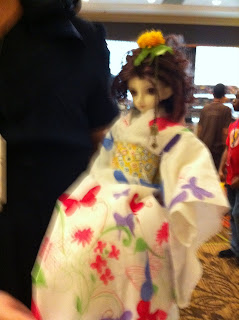 This year A-kon had a DollCon as these expensive Japanese dolls have been growing in popularity. I'd not seen one in a kimono before though. She was lovely. (Focus, why? Why?!?!) 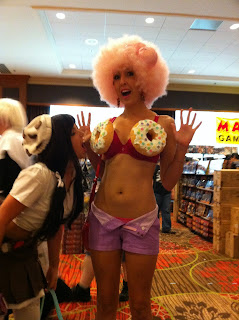 She was too bizarre to let go by! lol. Jiggling donuts. (OMG, I only just now noticed girl #2 and what she's doing. DOH! ROFL) 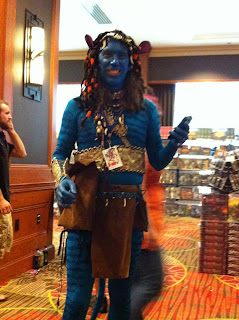 This guy's costume was excellent. And he'd painted himself top to bottom. What made the picture more priceless was that he was holding a cell phone. Bwahahahaha! Technology will take over the Navi (Hope that's right - memory is shot) as he's using a cellphone. Heh heh. (After I took the pick, he connected his hair/tail to it to update his contacts and email. Hee!) 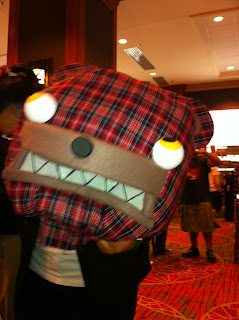 The angry bear head was too good to not take a picture of. (You'd be angry too if you were plaid.) :P 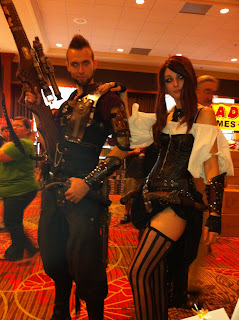 Steampunked to the Nines! Loved how the pic silvered their eyes. Makes them look like andriods. :) 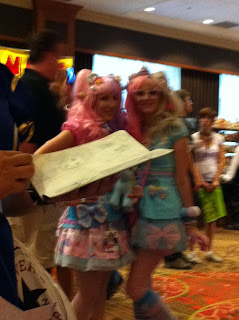 So much pink! So much cuteness! (And so sadly out of focus. Darn you guy with notebook! lol) 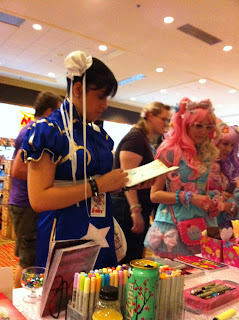 Artist next door was very busy. As you can see. 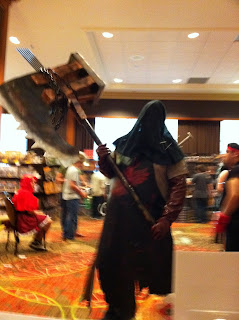 Out of the game and the movie Resident Evil: Afterlife, the mean scary bad guy dude from hey! Hammer looked awesome! 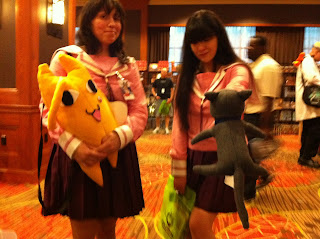 Had to take two of these guys because I was trying to get a good angle on the cat! It's eating her arm. Heh heh. 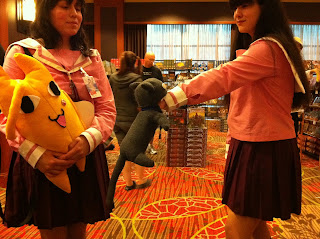 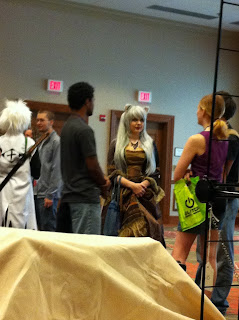 Loved her wig and costume. There were so many I didn't get pics of. Truly some amazing stuff this year. 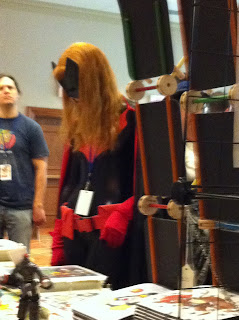 Batgirl in an incarnation I had not seen before. 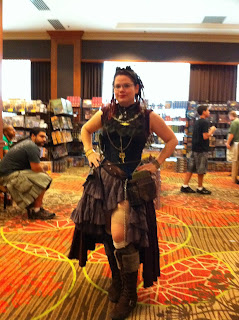 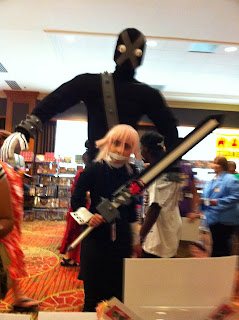 From Soul Eater. This one was AWESOME! Had the inside soul, the disturbing smime, but best of all the sword had the mouth and tongue. See the next one as you can see it in profile. Amazing. 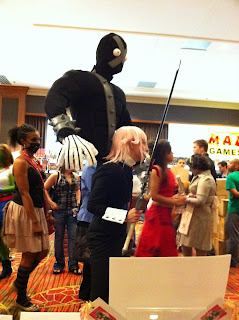 My one and only pic of the huge "Ladies of Trade Town" debut!! I'm sure there are others out there. There were enough of us authors in the antho there to need two separate signing tables. You can see Brandie Tarvin, Elizabeth Moon, and more. 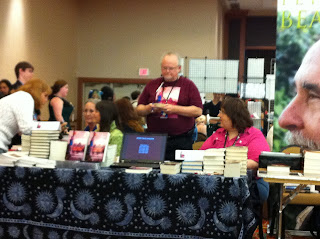 A-kon has always had ads and instructions advicing cleanliness whenever possible. This year they had stickers too! Heh heh 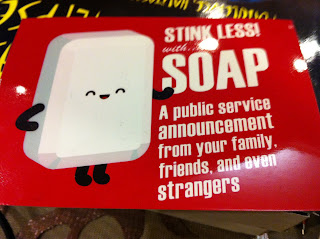 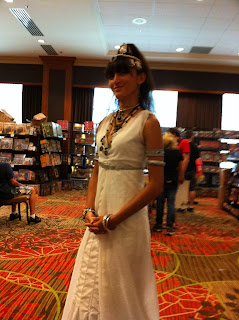 Okay, I've tortured you enough for one week. We'll be back to standard operating procedure until the next convention in August. Heh heh
Posted by Gloria Oliver at 6:00 AM