I've been playing MMO's for about 6 or 7 years now. Got my start on Star Wars Galaxies way back in the day. Have done many beta's and spent plenty of time online. The newest the family is trying is called Aion. It was developed in Korea and has now been opened to the states.

Totally gorgeous game. And has been proving a lot of fun so far. Well, as I tend to do when I go anywhere with a camera, I play tourist and takes tons of photos. Most MMO's let you do the same with screen prints. So I've taken a few over the last few weeks and thought I would share.

I'll put one or two up in the blog, but the full Album (only a few pics, I promise!) is on Flikr. 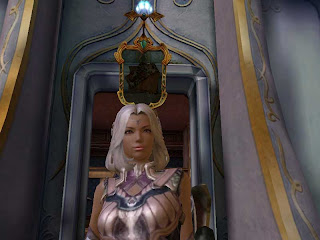 This is my main - Tarrah. Gladiator by profession. Also an armor smith.


A peek at Sanctum, one of the cities in the game. One of the many cool vistas I've seen so far in the game. 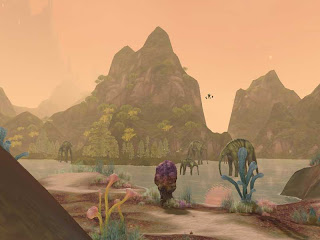 It's amazing the gorgeous vistas here. Some of the creatures too are way neat to look at.

Will leave you with my hunky alt, Jarren. 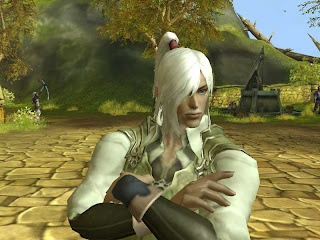 If you play the game, come by and say 'howdy'! I am in the Blades of Ariel guild in the Ariel server.

Good gaming ya'll!
Posted by Gloria Oliver at 10:21 AM